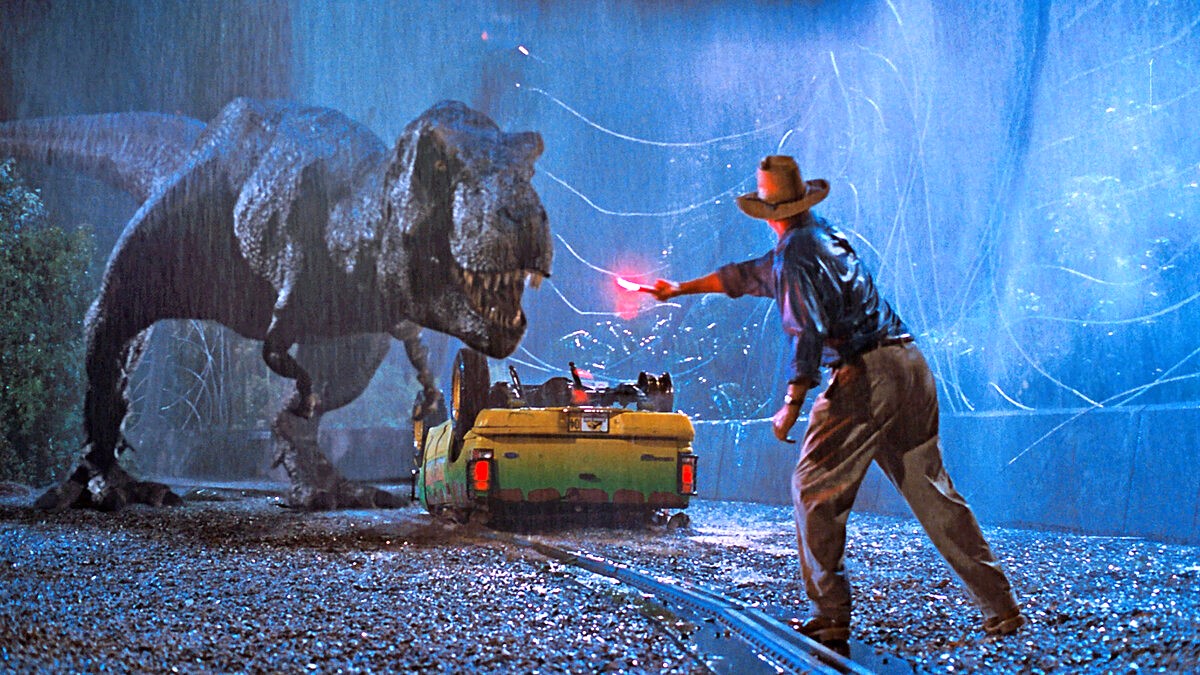 While we wait to see what kind of year 2023 will be for movies, it’s worth instead turning the clocks back to revisit the terrific 12 months for cinema that was 1993.

Whatever your particular viewing tastes, that year offered up something for all kinds of film fans to enjoy. From barnstorming blockbusters that rewrote the rulebook to acclaimed action thrillers to firm favorite family flicks that we still watch again and again to this day.

Let’s take a stroll through memory lane, then, and recall the 15 best movies from 1993 that are reaching their 30th anniversary in 2023, as listed by release date.

Warning: side effects of this listicle include making the reader extremely aware of their age.

It’s an annual tradition for diehard fans of the beloved Bill Murray comedy to rewatch Groundhog Day ever Feb. 2 anyway, but you’ll definitely want to revisit it this year as 2023 marks the 30th anniversary of its release. As directed by Murray’s former Ghostbuster co-star, the late Harold Ramis, Groundhog Day sees egotistical TV weatherman Phil Conners get stuck in a small-town time loop.

2023 is a particularly special one for Evil Dead fans. Not only do we have the upcoming Evil Dead Rise, due in April, to look forward to, but this February also marks 30 years since the cult favorite third chapter in the Sam Raimi-created horror-comedy saga came out. Army of Darkness stars Bruce Campbell as the ever-resourceful Ash as he gets thrown back in time to face Deadites in the Middle Ages. Groovy!

The 1990s gifted us many an awesome action thriller, and one of the most iconic reaches a major milestone this year. Yes, it’s Cliffhanger, the Sylvester Stallone vehicle in which Sly plays a PTSD-suffering rescue ranger who must foil a gang of thieves, led by a deliciously evil John Lithgow, amid the peaks of the Colorado Rockies. A female-led reboot has been in the works since 2019.

Those who were around in 1993 won’t ever forget just how massive Steven Spielberg’s original Jurassic Park movie was, causing such a storm at the box office that it became not just the biggest film of the year, but the highest-grossing of all time. We might’ve had two follow-ups and an entire Jurassic World trilogy in the decades since, but there’s simply no beating the dino-sized spectacle of this masterpiece.

The throwback ’90s nostalgia of You’ve Got Mail probably makes that the most fondly remembered Tom Hanks/Meg Ryan romcom these days, but Sleepless in Seattle shouldn’t be forgotten about either. If you’ve not seen it in years, now is the perfect time to revisit the charming Nora Ephron film — about two cross-country strangers who connect thanks to a late-night radio talk show — as it reaches a big birthday.

Wait, this Halloween fixture for an entire generation was originally released in the middle of summer? Weird move, Disney! You know another one? Why didn’t the studio wait until this year to drop last fall’s Hocus Pocus 2, which finally brought back Bette Midler and her on-screen sorceress sisters Sarah Jessica Parker and Kathy Najimy for more Salem-situated mischief? It probably could’ve done with the extra time.

While it hasn’t remained at the heart of pop culture like certain other Harrison Ford films, The Fugitive is still another example of 1993 treating us to a top-tier actioner. As based on the 1960s TV show of the same name, Ford stars as a family man and doctor who must go on the run after being framed for murder, all while pursued by a relentless U.S. Marshal portrayed by Tommy Lee Jones.

From director Tony Scott and screenwriter Quentin Tarantino, True Romance was initially viewed as a huge failure thanks to bombing at the box office, but these days it’s widely regarded as a highlight on the resumes of both filmmakers. The romantic crime flick stars Christian Slater and Patricia Arquette as a couple of newlyweds on the run from the Mafia after stealing a shipment of drugs.

Some films are always destined for cult classic status, and that’s definitely true of Dazed and Confused. Another commercial flop upon its release, this early effort from future Boyhood filmmaker Richard Linklater continues to mean a lot for fans who were the exact right age for it when it came out. The coming-of-age tale also boats a roll call of future stars like Ben Affleck, Milla Jovovich, and Matthew McConaughey.

The Nightmare Before Christmas is a movie that’s never far from our thoughts, what with its almost unique status as both a Halloween and Christmas film, but it deserves our attention more than ever this year as the stop-motion spectacular (which was directed by Henry Selick, not Tim Burton, remember) reaches the big 3-0, which may be scarier to ’90s kids than any resident of Halloweentown.

The Addams family is now firmly back in the zeitgeist again thanks to the success of Netflix’s Wednesday, and it just so happens that 2023 marks the 30th anniversary of the franchise’s best ever movie — the sublime Addams Family Values, which sees Christopher Lloyd’s Uncle Fester ensnared by Joan Cusack’s Black Widow Debbie. Plus, there’s Christina Ricci at her most iconic as Wednesday.

Yes, 1993 really spoiled us with so many beloved family films, but arguably claiming the top spot is Mrs. Doubtfire, the legendary Robin Williams flick in which the Aladdin star plays a divorced father so desperate to see his kids again that he masquerades as their Scottish elderly housekeeper. Somehow, director Chris Columbus and Williams turned this creepy premise into a hilarious and heartfelt classic.

It’s true, Steven Spielberg pumped out two of his most acclaimed movies of all time in 1993. Just six months after the release of Jurassic World, the Fablemans director likewise unveiled Schindler’s List, the epic WW2 drama in which Liam Neeson stars as the titular German industrialist remembered for aiding Holocaust survivors. If you’ve never got around to seeing this one before, now is your chance.

Cheese-loving inventor Wallace and his silent yet sage dog Gromit might’ve debuted in 1989’s Grand Day Out, but it was 1993’s The Wrong Trousers that really put them on the map. On top of the character designs being refined and perfected, this stop-motion short film also has a much snappier script and more inspired direction, which helped land the dynamic duo their very first Academy Award.

Batman: Mask of the Phantasm

The Dark Knight or The Batman might be the best Batman movie, but Batman: Mask of the Phantasm is the best movie about Batman. The Citizen Kane of superhero animated films, this spinoff of Batman: The Animated Series offers both an original take on Bruce Wayne’s origins and introduces a compelling new villain into the canon. The much-missed Kevin Conroy was never better in the title role.