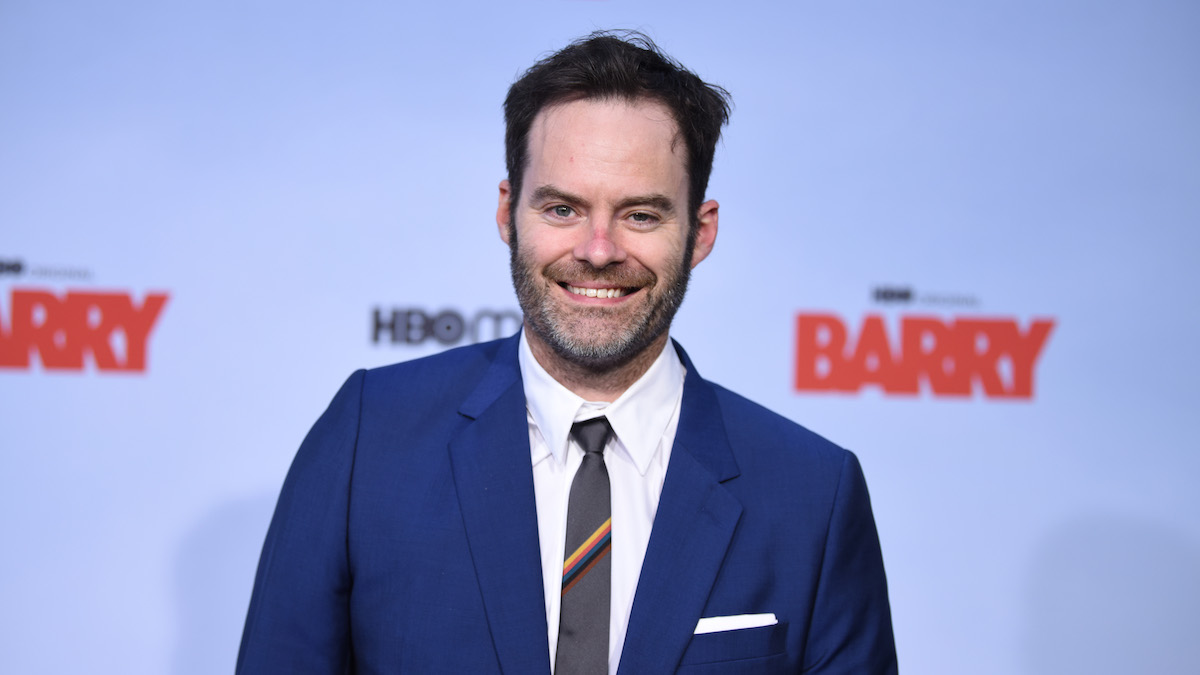 William Thomas Hader Jr, popularly known as Bill Hader, is one of the most talented actors and comedians around today, boasting an extensive filmography that consists of films, TV shows, video games, and even music videos. Besides being hugely skilled and versatile in front of the camera, the actor is also an excellent voice-over artist, voicing different characters in popular animations like Cloudy with a Chance of Meatballs, Inside Out, Power Rangers, and Toy Story 4.

His love for comedy is what would eventually lead him to audition for Saturday Night Live, and thus, his breakthrough. He became a mainstay of the popular NBC show, starring as various characters for eight years, and distinguishing himself as one of the best impressionists on television. With a wide catalog under his belt, and with a ton of lead and supporting roles in some of the most notable films ever, narrowing down his best ever offerings is no small feat, but here are his 10 best films and TV shows, ranked from the least to the best.

Written, co-produced and directed by Judd Apatow, Knocked Up is a 2007 American romantic comedy film that stars names like Seth Rogen, Katherine Heigl, Paul Rudd, Jonah Hill, Martin Starr, Jay Baruchel, Maude Apatow, B. J. Novak, and Leslie Mann, among others. The film, which launched the careers of a handful of comedy stars in the late 2000s, revolves around Ben Stone and Alison Scott, two strangers who had a one night stand that resulted in an unexpected pregnancy.

9. The Disappearance Of Eleanor Rigby

The Disappearance of Eleanor Rigby is a three-part film written and directed by Ned Benson in his directorial debut. The romantic film which stars names like Jessica Chastain, James McAvoy, Katherine Waterston, Viola Davis, Isabelle Hupper, and Ciarán Hinds, revolves around Conor Ludlow and Eleanor Rigby, a couple that reside in New York who wish to rekindle their dying love. The Disappearance of Eleanor Rigby is split into three parts: Him, Her and Them, with each part told from the perspective of Conor Ludlow, Eleanor Rigby and both of them respectively.

In the third part of this 2012 American science fiction action-comedy led by Will Smith, Tommy Lee Jones, and Josh Brolin, Hader features as Agent W, a secret MIB agent who poses as Andy Warhol, a popular visual artist, film director, and producer. Even though he doesn’t have a lengthy screen time, he plays both roles excellently, showing just how talented he is even within a short period. He’s joined by other names like Nicole Scherzinger, Emma Thompson, and Mike Colter in this blockbuster.

This 2008 satirical action-comedy directed by Ben Stiller, sees Hader star alongside fellow talented actors: Tom Cruise, Nick Nolte, Danny McBride, and Matthew McConaughey. The film follows a group of actors making a Vietnam war film who were dropped in the middle of a jungle and are forced to rely on their acting skills to survive the real life dangers that the jungle presents. Here, Hader is Rob Slolom, a studio assistant to Les Grossman, a studio executive producing the Vietnam war film.

6. Cloudy With A Chance of Meatballs

While his credentials as a voice-actor and being excellent with impressions was never in question, he took things up a notch in the animated comedy, Cloudy With A Chance of Meatballs. Here — alongside other voice actors like Andy Samberg, Anna Faris, Andy Samberg, James Caan, Bruce Campbell, and Mr. T — he brings to life the main character Flint Lockwood, who’s incredibly spirited and inspirational.

This 2014 Craig Johnson-directed comedy-drama features one of Hader’s best performances till date. In The Skeleton Twins, Hader’s character Milo Dean reconnects with his twin sister who he hadn’t seen in almost a dozen years, Maggie Dean. Hader received acclaim for his excellent and moving performance, and his on-screen, dramatic compatibility with his frequent SNL collaborator Kristen Wiig was praised.

In this American romantic comedy, Bill Hader, who stars alongside Amy Schumer, is Aaron Conners, a charming and successful sports doctor who finds himself falling for Amy, a promiscuous magazine writer writing a profile on him. It’s funny, heart-tugging and exciting, with Hader and Schumer both delivering stellar performances. Trainwreck has received lots of praises since its release, earning two Golden Globe nominations and a Writers Guild Of America Award for Original Screenplay.

Hader’s breakthrough initially came when he landed a role as a cast member on NBC’s Saturday Night Live. It was here that he set himself apart, showcasing near-perfect impressions and being effortlessly hilarious in front of a live audience. He gained prominence for his work on the Weekend Update segment of the show, playing a New York tour guide named Stefon Meyers. For his work on SNL, Hader has received numerous accolades and nominations, most notably four Primetime Emmy Awards nominations.

This critically-acclaimed dark comedy crime drama is undoubtedly the best thing Bill Hader has starred in. The HBO show, which he also created, follows Hader as Barry Berkman, a hitman from Cleveland who discovers his love for acting when he travels to Los Angeles to take out a target. His new found love begins to make him question his life choices, as he is stuck with navigating the worlds of both crime and theater. The show has received widespread acclaim for its originality, as well as the performances of the lead and supporting characters. Barry has been nominated for a whopping 44 Primetime Emmy Award nominations so far, with Hader picking up two Lead Actor statues for his performance.