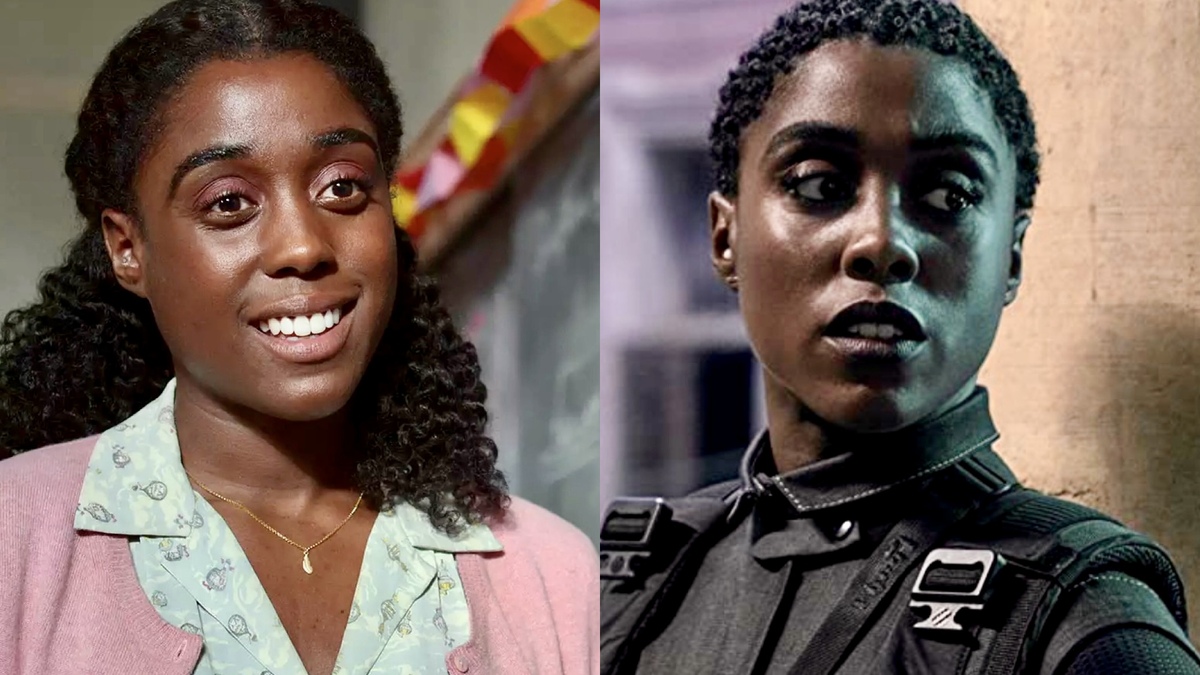 For a decade, actress Lashana Lynch worked her way up by starring in supportive roles in popular films and series in her native England. As the end of the 2010s approached, the rising star began to make a large mark by crossing over into Hollywood and more mainstream projects.

Now, in just a few years, she has had notable parts in two MCU blockbusters, a James Bond film, an epic historical drama alongside Oscar winner Viola Davis, and one of the most refreshing musicals of the decade, Matilda the Musical. While her career is now on a meteoric rise, Lynch has certainly paid her dues.

As she continues to make her mark and show off her incredible versatility on screen, here is a list of her 10 best films and TV shows, ranked from least to best.

10. The Intergalactic Adventures of Max Cloud

Whether or not you enjoy this slapstick ode to the video games of old depends entirely on what kind of day you’re having. In The Intergalactic Adventures of Max Cloud, Lynch is Shee, one of the villains that make up a popular video game. The comedy follows a young gamer Sarah who is transported into her favorite video game and is trapped in an intergalactic prison. Enlisting the help of her friend Cowboy to control the game from her bedroom, she joins Max Cloud, a space hero, to defeat the enemies that lurk, and find her way back home. Other names involved in this project are Scott Adkins, who leads the film, Tommy Flanagan, Franz Drameh, John Hannah, Isabelle Allen, and Martyn Ford.

Still Star-Crossed unfortunately didn’t get the traction it deserved before it met its untimely cancellation by ABC. The period drama picks up right after the events of the classic story of Romeo and Juliet, and follows the lives of the Montagues and the Capulets as another ill-fated romance is underway. Lynch stars as Rosaline Capulet, Juliet’s cousin who becomes the primary heiress following Juliet’s passing. With just seven episodes aired before it was cut, it’s hard to say whether or not this cutesy drama would have taken off, but Lynch’s strong performance could never be put into question.

Based on Debbie Tucker Green’s 2018 play of the same name, this impressive experimental drama captivated its viewers with its experimental, haunting style, and masterful performances from the characters, of which Lynch was front and center. Ear for Eye features nameless Black characters that offer their viewpoints on the society, sharing their critical opinions with each other, as well as with the audience. As far as mainstream projects go, Ear for Eye cannot be considered a commercial triumph in any way, but it sure does succeed in leaving the viewers with more questions than they’d thought to ask.

She may have been recast after the first season, but for six pretty awesome episodes, Lynch starred as Arjana Pike in this British procedural drama about a buddy cop duo who travel across the country investigating some heinous crimes. She plays a brilliant solicitor and wife to one of the detectives, bringing her sharp energy to every scene she’s in.

In her film debut, Lynch had a supporting role in Fast Girls as Belle, a member of a British relay team who compete at a World Championship event. The film is led by Lenora Crichlow, an aspiring champion runner from a struggling background who has to prove herself as one of the members in a team of bright young women. Although not a commercial or mainstream hit, Fast Girls was a critical darling, and the performances of Lynch, Crichlow, and the rest of the cast was praised.

5. Doctor Strange in the Multiverse of Madness

In one of many hushed MCU castings of 2022, Lynch, who previously starred in 2019’s Captain Marvel as Maria Rambeau, appeared as an alternate universe’s Captain Marvel. Along with Black Bolt, Reed Richards, Captain Carter, and Professor Charles Xavier, they make up Earth-838’s Illuminati and have an epic showdown with the Scarlet Witch.

Her first stint in a major blockbuster, Lynch starred as Maria Rambeau in the MCU’s billion-dollar grossing Captain Marvel, led by the brilliant Brie Larson. She plays the role of an Air Force pilot, and the mother of the superhero Monica Rambeau. With enough screen time to steal the scenes she’s in, Lynch quickly proved her immense talents to audiences, with an emotional and power-packed performance.

With many badass roles to her name ever since her film debut in Fast Girls, Lynch showed off a gorgeous softer side as Miss Honey in the film adaptation of the famous stage musical, Matilda the Musical. Joining Emma Thompson, Stephen Graham, Andrea Risenborough, Sindhu Vee, and a wealth of talented youngsters, Matilda the Musical is a stunning feat of musical fantasy and nostalgia, and you can’t help but fall in love with Miss Honey.

When the rumors started flying that Lynch would be “taking over” from Daniel Craig as 007, many fans weren’t too pleased. The actress however, alongside Craig, delivered some of their finest acting performances ever as James Bond and Nomi in No Time to Die. While Craig has said goodbye to the iconic character, fans are holding out serious hope that any reboots of the franchise will continue to feature the stunning Lynch as Nomi.

In her most breathtaking performance till date, Lynch joined a host of exceptional women to star in the epic historical drama, The Woman King. Praised for its phenomenal depiction of strong and mighty female warriors, each character in this action film held their own, delivering on all fronts. Taking on the role of Izogie, Lynch showcases her incredible depth of not just strength, but vulnerability in her characterization. As one of the members of the Agojie, and the right hand of Viola Davis’ General Nanisca, Izogie trades her traumatic childhood for growth and maturity, as she learns to protect those around her, while learning about herself along the way. One of her most captivating moments on the big screen, Lynch has zero issues drawing any viewer in.