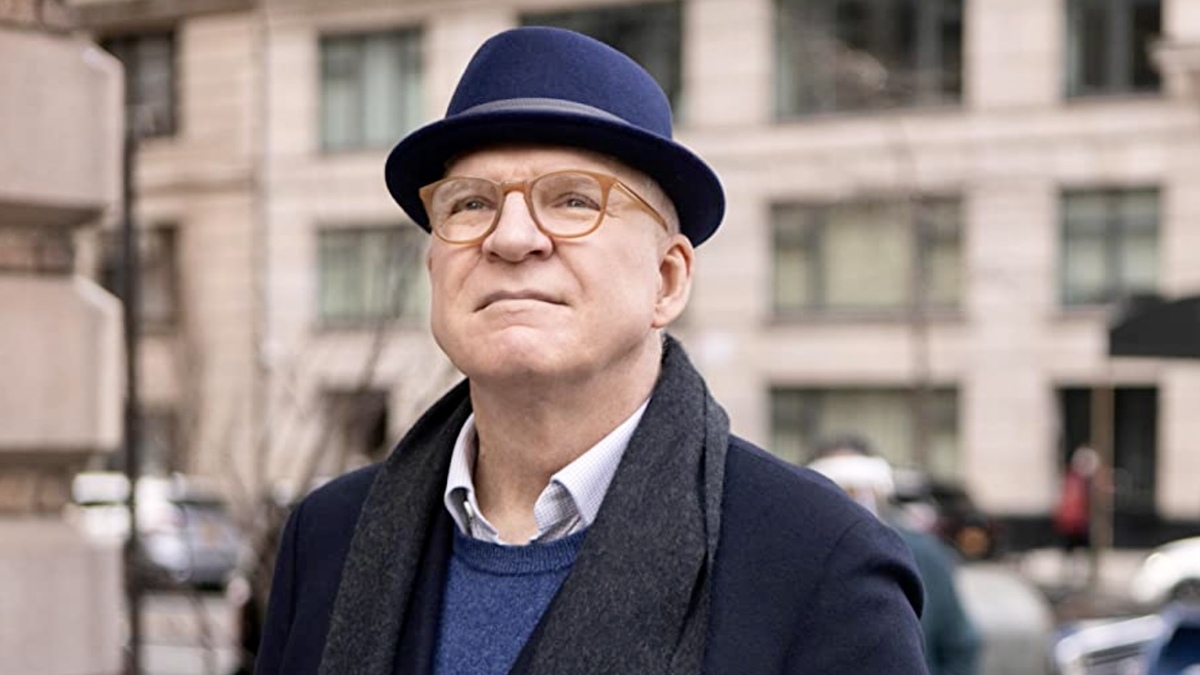 Steve Martin is a very well-known actor and comedian who has achieved a plethora of awards and recognition to back the claim that he is one of the finest talents to ever appear on the screen. With numerous roles in several, notable films and television shows, this Hollywood icon is undoubtedly one of the greats.

Known majorly for his expert comedic timing, Martin has also dabbled in a series of other genres, but to many, he will always be known as one of the funniest actors ever. With a career spanning several decades, there isn’t a greater task than compiling his best performances ever, as he continues to shine till the present day.

With some of his earliest works considered his greatest, most iconic works, here are Steve Martin’s best films, ranked from least to best.

Martin takes on this comedy classic as a weatherman in Los Angeles who is bored with both his job and love life. His character, Harris K. Telemacher, with the help of a talking freeway sign, gets into affairs with a journalist. Martin stars alongside Marilu Henner and Sarah Jessica Parker to create this romantic and satirical effort and delivers a fine mix of both comedic and dramatic charms as the leading star.

Sgt. Bilko is a military comedy film that stars Martin as the titular conman, gambler, and army sergeant who must bring down his opposition, Major Colin Thorn. What’s worse is that while Thorn wants Bilko fired from his job with a damaged reputation, he’s also intent on stealing his girlfriend, Rita. Now, Bilko must try his hardest to defeat his nemesis, while covering up his devious wiles as a conman, before his commanding officer Colonel John Hall finds out.

Three Amigos  introduces an unforgettable trio of Steve Martin, Chevy Chase, and Martin Short, who play cowboy actors. When their latest movie flops, they lose their film gig and their desperation pushes them to take a job in Mexico. This job, unlike their usual gig, involves real horses and going after El Guapo, a real-life bandit. The villagers, familiar with their shows, believe that the trio are real cowboys and ask for their help, unaware that they are actors. This comedic movie, once again, reminds us of Steve’s comedic and dramatic skills, and while the critical reception was unfavorable, fans were much more appreciative.

This 1987 romantic comedy introduces Martin as Charles, a man who is attracted to a woman named Roxanne. Sadly, she harbors feelings for another man named Chris. Martin’s character agrees to help Chris get Roxanne, all the while making his moves on her too. Martin’s role in this beloved classic earned him his third nomination for the Golden Globe Award for Best Performance by an Actor in a Motion Picture – Comedy/Musical.

This is a crime comedy movie that hit the market in 1988 with  Steve Martin and Michael Caine as two con artists who make a bet: the first person to con a woman of 50,000 dollars wins. However, their prey is a supposedly wealthy heiress, played by Glenne Headly, who has a big secret that affects the bet. Will they ever con her or will someone get to her first? Martin, alongside his co-star, play their roles perfectly and uniquely rhyme with the other cast members.

In this film, Martin plays the role of an overburdened and fatigued father and husband who just wants to make it in time for the holidays despite a series of unending problems. The title explains the situation of characters Del and Neal who must use various transportation systems to get home in time for dinner. The road trip genre features Martin’s comedic and dramatic chops and is considered one of his best performances of all time.

In this 1999 satirical comedic movie, Martin is an eager filmmaker named Bobby Bowfinger. Nearly bankrupt, unlucky, and desperate for success, Bowfinger thinks up an idea to make his ground-breaking movie with the biggest celebrity in Hollywood, Kit Ramsey — played by Eddie Murphy — without letting Ramsey know his actual plan to trick him into starring in the film for much less than his worth.  The comedic duo of Martin and Murphy is nothing short of fantastic, and many years later, the film is still considered one of their finest, most hilarious works in their long catalogs.

3. Father of the Bride

Another one of Martin’s classic comedies, the actor is introduced as an overprotective father who is unable to detach from his daughter and nearly destroys her wedding. The film also boasts a star-studded supporting cast, featuring big names like: Diane Keaton, D. Wong, and Martin Short, amongst others. Father of the Bride remains an important highlight in Steve’s filmography, and though a remake, the film stands out for its superb acting, cast chemistry, and impeccably timed jokes.

2. Only Murders in the Building

50 years later, and Martin took on his first ever lead role in a television series, with the mystery-comedy, Only Murders in the Building. Starring alongside his best friend, Martin Short, with both talents keeping up with the vibrant Selena Gomez, Only Murders in the Building has received constant acclaim from critics and fans for its comedy, writing, and the chemistry between the three lead stars. It’s just like Martin to wait half a century to give us some brilliant TV content!

Martin took his first leading role in this glorious comedy film. The story features the character, Navin, who, when he realizes he is different from the rest of his family, embarks on a quest to find where he truly fits. He eventually returns home  after discovering that the racial differences that distinguish him from the rest of his family are not enough to separate them. The Jerk is undoubtedly Martin’s most important film role, even after so many decades, and is heralded as one of the funniest films of all time. It is also where Martin first collaborates with the fabulous Bernadette Peters, who he later works with again two years later, in Pennies of Heaven.