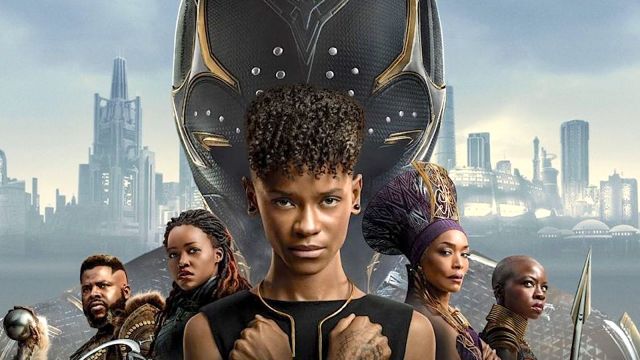 It might be a bold claim to state that Black Panther: Wakanda Forever has the best cast in the MCU, but we’re making it anyway. While stunning audiences in theaters around the world, Letitia Wright, Lupita Nyong’o, Angela Bassett, Danai Gurira, Winston Duke, Tenoch Huerta, and Dominique Thorne are also putting their bond to the test.

In a new promotional video shared by Marvel Studios on Twitter, the cast of Wakanda Forever read out a number of questions regarding lesser-known information about each of their colleagues, as they either tried to guess the correct answer, or confidently flex their knowledge.

Nyong’o, Wright, and Bassett all knew about Thorne’s Cornell education, “because she kept talking about it on set,” Wright complained mockingly.

Huerta’s 70 acting credits, however, came as a curve-ball for most of the cast, with even Huerta himself understandably assuming the right answer was the actress who plays Wakanda matriarch Queen Ramonda.

Wright managed to shock Nyong’o with her poker face, as well, when the two were asked about which cast member appeared in the legendary British sci-fi series Doctor Who, leading her to make an educated guess for another British cast member, and MCU newbie, Michaela Coel.

Speaking of doctors, it also turns out that there’s three doctors in the cast of Wakanda Forever. Bassett, Gurira, and Nyong’o all have honorary PhDs. Bassett actually has five of them, but it was Gurira who said it best, “don’t hate the player!”

Bassett’s performance in Wakanda Forever is already drawing in massive Oscar buzz, which could make her the first actor in a Marvel movie to be nominated for cinema’s most famous accolade. Huerta, Wright, and Gurira, especially, also deliver incredible performances in the film, with Nyong’o, Thorne, and Duke adding their amazing talents to the mix in minor roles.

Catch the brilliance of the cast in Black Panther: Wakanda Forever, now in theaters.