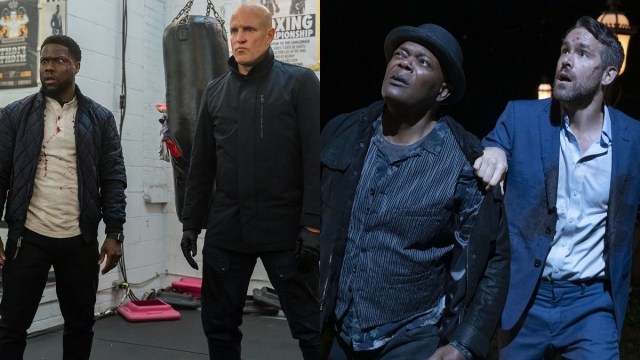 If you need a director to oversee an action-packed blockbuster with lashings of humor, hefty doses of star power, and highly questionable CGI, then recent history has shown that The Expendables 3, The Hitman’s Bodyguard, Hitman’s Wife’s Bodyguard, and The Man from Toronto‘s Patrick Hughes is your guy.

None of the aforementioned quartet fared too well with critics, but they’ve each been a success in their own way. Sylvester Stallone’s aging threequel may have been hampered by a PG-13 rating and the leak of a pristine copy weeks ahead of release, but it still managed to turn a profit, while Ryan Reynolds and Samuel L. Jackson’s first buddy caper was a huge box office hit.

The sequel was hampered by the pandemic, though, but The Man from Toronto didn’t face any such problems as a Netflix original, where it instantly ascended to the top of the most-watched charts, and it hasn’t come down since.

In an interview with The Illuminerdi, Hughes was asked for his thoughts on a crossover between his two most recent escapades, and it’s something he’d definitely be on board with.

“I did consider that on set. I actually think we need to spinoff. Because, those two, I don’t know how much comedy would be in that. Other then, that would be a straight, harder action thrill up. We need a crossover. Because I think Ryan Reynolds’ character, Michael Bryce in The Hitman Bodyguard franchise, has some similarities to Kevin Hart’s character in Man From Toronto. I think those two would be a bumbling mess, between them.”

Given that the rights are split between Lionsgate and Netflix, it sounds more like wishful thinking for now, but it can’t be ruled out that a deal could be struck to give audiences the Hitman’s Bodyguard/Man from Toronto crossover they didn’t know they wanted.