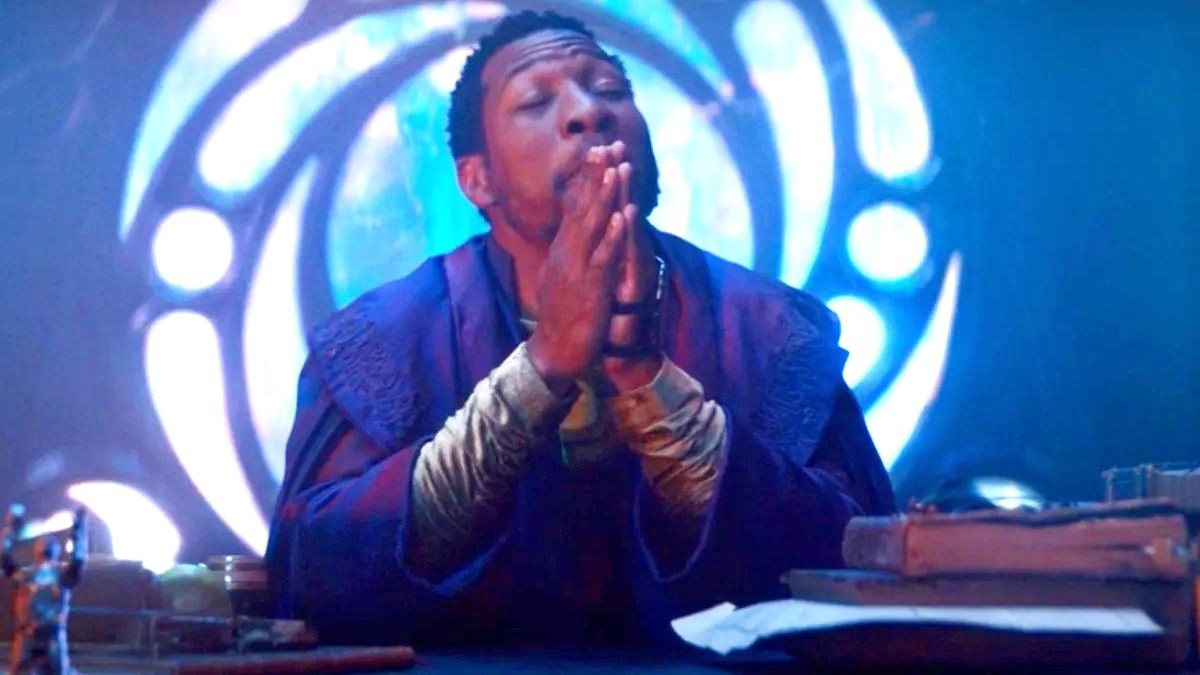 With the release of Ant-Man and the Wasp: Quantumania just a mere five weeks away, the MCU is all ready to enter Phase Five and we’re about to meet a new villain of Thanos-like proportions. The trailer showed us just enough of the upcoming plot to grab our attention, without giving everything away, and in short, things look bad for Scott Lang and the Ant-Man crew. In the new trailer, we see Scott making what looks like a deal with Kang the Conqueror, played by Jonathan Majors.

Majors wonderfully portrayed a variant of the villain in Loki and his masterful performance combined with a newly released image of him as the new big bad has fans finding themselves rooting for the villain who is destined to turn the MCU on its head and bestow a fresh batch of horrors on its inhabitants.

Kang is clearly being set up to be Phase Five’s new baddie. After the defeat of He Who Remains inadvertently allowed the Sacred Timeline to be affected by other timelines, the evil Kang we will see in Ant-Man 3 is hell-bent on mastering the entire multiverse and will do anything to make that happen. If Scott strikes a deal with the Conqueror (and it looks like he will if the trailer is any indication), this could be bad for not only Earth-616 but also for every alternate universe out there.

It’s obvious Kang is bad, bad news and when he reaches peak power with the ability to control time, he’s even stronger than Thanos and we know how much trouble he gave the Avengers. Even knowing all that, we can’t deny that Kang looks a lot cooler than Thanos (sorry Thanos, but it’s true) and that makes it harder to find it in ourselves to hate him.

The majority of Marvel fans are evidently feeling the same way if reactions to the new image are anything to go by. Most replies to the above image, which shows Kang sitting pensively in what looks to be the Time Chair, are some variation of “wait…am I rooting for the villain?”

Another Twitter user already knows what they’re rating the film after seeing this picture of Kang.

Many users agreed that if this is what Kang looks like, we might as well let him carry out whatever nefarious schemes he has up his sleeves.

Others simply celebrated the inevitable rise of “Kang Nation.”

We know Kang the Conqueror is not a good omen for the MCU’s heroes and his introduction will inevitably have disastrous consequences, not just for the Ant-Man crew but the multiverse as a whole. However, we can’t help but be intrigued by Majors’ portrayal of the villainous Kang and are looking forward to seeing what he does with the role throughout Phase Five, especially if he looks this magnificent doing it.