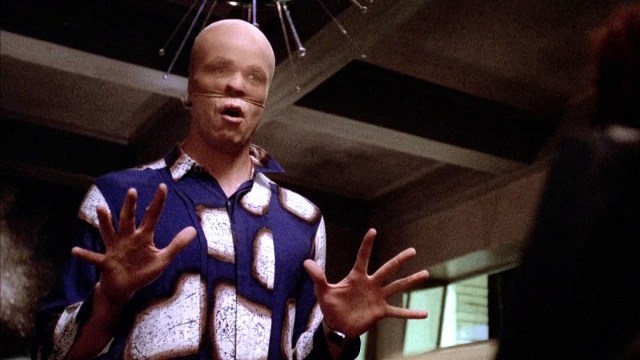 Michael Mann emerged as one of cinema’s most singular, stylish, and consistently excellent directors towards the 1980s, and he carried that momentum for well over a decade through a string of modern classics. However, the filmmaker doesn’t get the credit he deserves for introducing Hannibal Lecter to the general public in 1986’s Manhunter, although the reasons are obvious.

The Chianti-sipping elephant in the room is of course Jonathan Demme’s The Silence of the Lambs, which went on to become one of the most iconic psychological thrillers in history the second it was released into theaters in February of 1991, and that’s before we’ve even mentioned a box office haul of $273 million on a $19 million budget, Anthony Hopkins’ staggering performance, or the fact it became just the third film to scoop the “Big Five” Academy Awards of Best Picture, Director, Actor, Actress, and Screenplay.

It ended up getting a sequel, a prequel, a needless spinoff, and a TV show that captured the hearts and minds of fans everywhere, which sort of left Manhunter in the dust. Even though it boasts an impressive 93 percent Rotten Tomatoes score, Mann’s atmospheric chiller bombed at the box office, and was quietly swept under the rug once Hopkins seized the zeitgeist.

It’s a lot better than you either remember or may have been told, though, with Brian Cox suitably unnerving as the malevolent Hannibal Lecktor. It’s definitely superior to Brett Ratner’s 2002 adaptation Red Dragon, but it’s up for debate as to whether or not Manhunter is on a par with The Silence of the Lambs. Ironically, that discussion is happening on Reddit as we speak, and most of the support is split down the middle.

Those with a soft spot for crime thrillers, in-depth forensics (of which it was a huge proponent and quiet influence on procedural film and television), underrated gems, and serial killer stories shouldn’t be sleeping on Cox’s Lecktor.