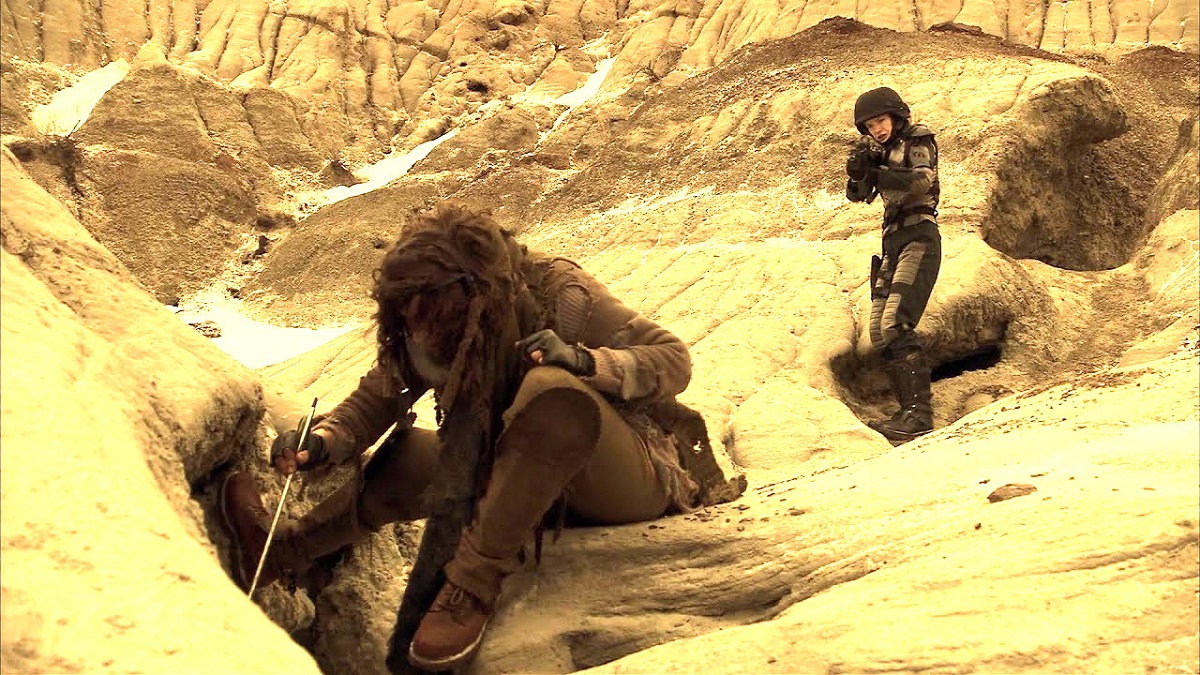 The VOD circuit has become famous for turning well-known and popular movies into unlikely franchises that span multiple installments, but the mere existence of Screamers: The Hunting goes to show that absolutely nothing is safe from sequelization.

The 1995 original may have become something of a cult favorite in the years since its 1995 release, but that doesn’t compensate for the fact Screamers earned less than $6 million at the box office on a $14 million budget, and was greeted with an apathetic shrug by critics while being ignored by audiences.

For reasons unknown to anybody except the people who made it, The Hunting quietly landed 14 years later, with bargain basement stalwart Lance Henriksen and a young pre-Arrow Stephen Amell among the cast. In a turn of events nobody could have possibly predicted, reviews were exponentially worse the second time around, not a good look for the legacy follow-up to a film that wasn’t exactly regarded as a classic to begin with.

That being said, the weird and wonderful world of streaming has a way of throwing up all sorts of unexpected surprises, and FlixPatrol naming Screamers: The Hunting as one of iTunes’ most-watched features is definitely one of the biggest we’ve come across in a while.

A rescue team awakens from two months in stasis to investigate a distress call coming from an “abandoned” planet, only to happen upon a cabal of murderous robots with designs on commandeering a ship, heading to Earth, and decimating the human race. Sometimes even bad movies get sequels, but in the case of Screamers: The Hunting, that doesn’t mean we’d encourage you to watch them.