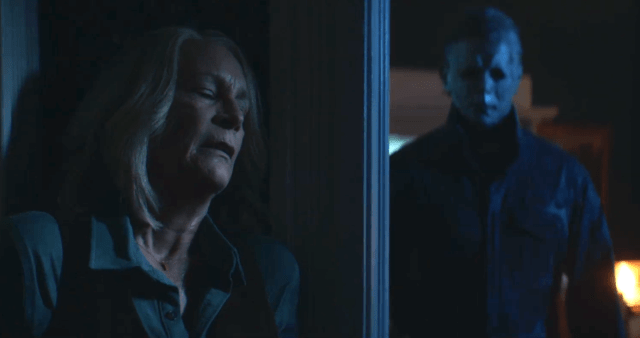 In life and in fiction there are several things you cannot kill. COVID-19 is still with us, Michael Myers will continue on after Halloween Ends, and, now, the hybrid-release (eg in theaters and streaming) strategy which recently hit this series seems to have been added to this long list.

For those who have suppressed memories of the earlier days of the pandemic, releasing movies on streaming and in theaters was a way for studios to still make some money while allowing for people to be safe at home if they were not comfortable venturing out. This strategy was used for Halloween Kills on Peacock, will be used for Halloween Ends as Jamie Lee Curtis recently announced, and, while theater owners normally do not like this, a new article in The Hollywood Reporter suggests all is well in Haddonfield.

The piece published today indicates theater owners were surprised by the recent announcement, but are cool as Universal will spend money on a major cinema marketing campaign and has put out more movies theatrically right now than any other studio this year. Sources say AMC Theatres is for sure booking the project — though none responded to requests for comment — and an exhibitor who is quoted anonymously says as there are no standards anymore, the bare minimum is fine in a hard time period.

“We have a tough calendar ahead of us. There are no hard and fast rules anymore. One of the most important things is a proper theatrical marketing spend, which Universal will do.”

Halloween Ends opens Oct. 14. It is not the end of the franchise itself, but rather the trilogy of movies launched in 2018.