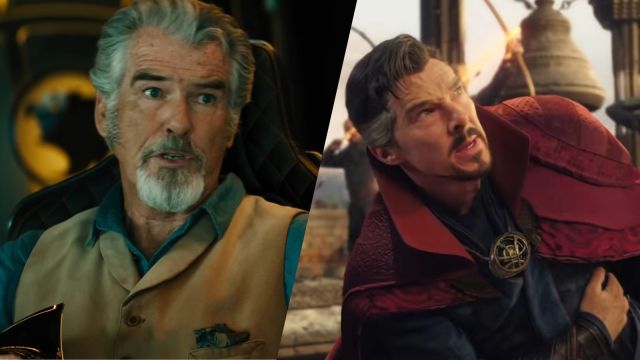 Images via DC and Marvel Studios

DC fans saw the big screen debut of the superhero, Dr. Fate, in DC’s newest film, Black Adam. Upon first impression of watching him in action, a lot of his superpowers are somewhat similar to Marvel’s Doctor Strange. Both have the same ability to look into the future, create illusions, and act high and mighty with their wisdom. This somewhat sparked a debate before the release of the film as DC posted on Twitter, reminding everyone who was the first “doctor superhero.”

Despite their similarities, both superheroes have extensive differences that put them apart from one another. Aside from their origin story before they became heroes, even their powers come from different sources. While it may be easy to think that they’re the same character, in reality, they are not.

Let’s start with the easiest —Doctor Strange from the Marvel Comics.

Stephen Strange started his career as a medical surgeon until a car accident damaged his hands. His powers came from his training in the mystic arts in Kamar-Taj after Strange sought a cure. According to Marvel, Strange’s source of power comes from tapping into otherworldly entities as he gains temporary access to harness their essences to cast spells.

Aside from his abilities with the mystic arts, Strange uses two artifacts, the Eye of Agamotto and the Cloak of Levitation. Both items help Strange tap into new abilities that couldn’t be achieved through the mystic arts, such as flight and planar travel. Since his recovery, Strange used his powers to help save more lives beyond the medical scene.

How does DC’s Dr. Fate different from Marvel’s Doctor Strange?

Kent Nelson had a different life compared to Doctor Strange. He was an archeologist who discovered with his dad that it was aliens that built the pyramids. They opened a tomb that belonged to the extra-terrestrial being, Nabu, which, unfortunately, killed his father due to toxic gas that came from the tomb. Nabu felt so bad for Nelson that he taught him everything he knew about magic. When Nelson reached adulthood, he was gifted the Helmet of Fate and would become the superhero known as Dr. Fate.

It was later revealed that Nabu’s intentions were malicious rather than caring. He planned everything to ensure that Nelson went to his tomb. According to DC, whenever Dr. Fate wears the helmet, he would become a completely different person as the Nabu would possess him when worn.

While both superheroes have some similarities with their powers, both have different origin stories and sources to their abilities. Regardless, both superheroes faced tragedy at some point in their lives and are now using their newfound abilities to save the world.