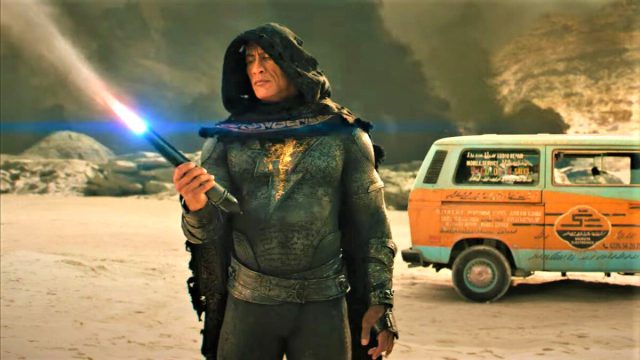 Black Adam is turning out to be one of the most hyped superhero films of the year, partly due to the lengths Dwayne Johnson went to make it happen, and the promotional machine behind him. The film exists in the DC Extended Universe, so naturally, there are going to be some threads from other properties within the franchise tied into the film.

Thankfully, the list of prerequisite films below isn’t overly long – and while none of them are absolutely mandatory to your enjoyment of Black Adam, they’ll certainly enhance your viewing experience and contextualize a few characters and plot devices that appear within the movie. Without further ado:

It’s common knowledge that Amanda Waller is set to appear in Black Adam, as evidenced by the film’s trailers. She will be seen calling on the Justice Society of America to face the titular character. The Suicide Squad gives some more context around what Waller does, and what she is capable of. You could throw in 2016’s Suicide Squad as well — if you wish to subject yourself to that — as it did mark Waller’s first appearance in the DCEU, but we wouldn’t recommend it. Just stick to the far superior standalone sequel.

Shazam! is worth a watch if you’re after a deeper understanding of some DC mythology before jumping into Black Adam. This family-friendly, but surprisingly good superhero flick introduces us to the council of wizards who give the titular hero his powers. If you’re familiar with the source material, you’ll know that Black Adam is one of Shazam’s primary nemeses, and both of these guys got their powers from the same source.

Dwayne Johnson has been pretty vocal about his hopes for Superman and Black Adam to duke it out on the promotional circuit ahead of Black Adam’s release, with Henry Cavill coming up in the conversation quite often. So, as the DCEU’s OG Clark Kent might make his presence known during Black Adam, we’ve added in the flick that kicked off the franchise as we know it today. It’s also a solid watch if you want to catch yourself up on Superman’s origin story.

Peacemaker focuses on John Cena as the titular character, but it also gives a little bit more background on the inner workings of A.R.G.U.S, the organization which presumably sent the Justice Society after Black Adam, which Amanda Waller heads up. It also prominently features her report, Emilia Harcourt, who played more of a background role in The Suicide Squad. If you’re looking to score bonus points with yourself before you head to the cinema, this eight episode series may be worth a look.

Black Adam is set to debut in theaters this Oct. 21.