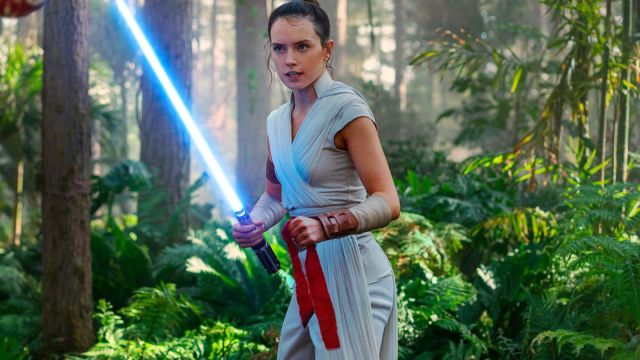 Get ready to get hurt again, Star Wars fans, as it was recently announced that Damon Lindelof’s new Star Wars movie is still in production and that it will take place after Star Wars: Episode IX – The Rise of Skywalker. While the film’s story has not yet been revealed and we do not know much about it, it has been stated that the film will not follow the Skywalker family. That being said, they have not ruled out using characters from the sequel trilogy in the new film. So let’s take a look at ten characters who appeared in the sequel trilogy and who could return for Damon Lindelof’s upcoming Star Wars film.

Poe Dameron was played by Oscar Isaac in the sequel trilogy, and he first appeared in Star Wars: Episode VII – The Force Awakens. As a Resistance pilot, Poe was unmatched, delivering blow after blow to the First Order. Poe Dameron had survived the events of The Rise of Skywalker, so it would be great to follow his adventures leading the troops of the Resistance and fleshing out the character a little more than they did in the sequel trilogy. Recently Oscar Isaac even stated that he would be willing to return to the Star Wars franchise if given the right project. Who better than Damon Lindelof to craft one for him?

As it was stated that the Skywalker family will not be the focus of Damon Lindelof’s Star Wars film, the chances of Rey appearing in the film are low, but we should not rule it out. The main character of the sequel trilogy was played by Daisy Ridley. In The Rise of Skywalker, Rey was revealed to be the granddaughter of Emperor Palpatine, although she embraced the light side of the force and ended her trilogy as a Jedi, taking the name Rey Skywalker.

It could be possible that while Rey took the Skywalker name, she is not counted as part of the Skywalker family and therefore appears in the film. Now armed with a yellow lightsaber, Rey’s journey only began in the sequel trilogy, so it would be great to get a hint as to what she got up to after the trilogy. Although the adventures of Luke Skywalker between Star Wars: Episode VI – The Return of the Jedi and The Force Awakens are barely shown in any Star Wars projects, we might not get much more of Rey.

Maz Kanata was played by Lupita Nyong’o and she first appeared in The Force Awakens. The short orange alien is one of the best characters in the sequel trilogy. Having lived for a thousand years, Maz was wise and cunning enough to run her own castle in Takodana, providing shelter for smugglers across the galaxy. In the sequel trilogy, she flirted with Chewbacca, so seeing them appear together in an upcoming film would be very interesting. Her character’s position is unique enough for any upcoming projects set in the sequel trilogy because her story after the Resistance won against Emperor Palpatine could be very strong as she rebuilds her base and her faction. It would also make sense for her base to provide a backdrop should any of the characters in the upcoming movie need something from her, or need shelter for a time.

First appearing in The Rise of Skywalker, Babu Frik — an expert at repairing droids — was voiced by Shirley Henderson. Babu Frik is already appearing in upcoming Star Wars projects, like the third season of The Mandalorian. So it would not be out of the question for him to appear in Lindelof’s Star Wars film, especially if a droid needs repairing. The Resistance would surely need help repurposing the droids they take from the First Order. Maybe we could even see him repair our next chosen character.

One of the best things to come out of the Star Wars sequel trilogy was BB-8. Poe Dameron’s small rolling astromech droid was white and orange, and every bit as iconic as most of the other droids in the Star Wars franchise. If Poe Dameron were to return it would be a missed opportunity not to bring back the expressive droid, who ended up saving its friends quite a few times during the trilogy. Plus we will need BB-8 to interact with whatever cute droid or alien appears in Lindelof’s film. Honestly, it would be good just to see the droid again, maybe in a series of Disney Plus shorts like Disney recently did with I Am Groot.

First appearing in Star Wars: Episode VIII – The Last Jedi, Kelly Marie Tran portrayed Rose Tico. Rose was a maintenance worker in the Resistance before her sister was killed in an attack against the First Order. She took a more active role in the Resistance after her sister’s death and she accompanied Finn to Canto Bight, eventually saving his life at the Battle of Crait. The fact is, like John Boyega, Kelly Marie Tran was the target of vile harassment during the sequel trilogy – so she probably will not want to return as the character, understandably so. However, if we did get an inkling of what Rose might have been up to since her arguably sidelined role in The Rise of Skywalker, that would be great.

Jannah was a former stormtrooper and ally of the Resistance first introduced in The Rise of Skywalker. Played by Naomi Ackie, her character was similar to Finn’s in that they shared the same origin. But she and her fellow freedom fighters on Kef Bir drove home the fact that some, and probably most, stormtroopers were stolen from their family, at least out of the grunts.

What is particularly interesting about her character is that The Rise of Skywalker inferred that she was the daughter of Lando Calrissian, as his daughter was stolen by the First Order. However, in Shadow of the Sith, a recent novel by Adam Cristopher, Kadara was revealed to be the name of Lando’s daughter. While nothing is confirmed, she could have changed her name but we do not know that for sure. Even if her character did not turn out to be the lost daughter of Lando Calrissian, you could still tell compelling stories with her character involved.

Zorii Bliss was first introduced in The Rise of Skywalker and seemed to have only one purpose, to flesh out the backstory of Poe Dameron. Played by Keri Russell in the film, she was a Spice Runner, as was Poe Dameron before he joined the Resistance. Zorii was in a romantic relationship with Dameron when they were both Spice Runners.

Because of how rushed and cobbled together The Rise of Skywalker felt, we did not get much of Zorii Bliss’s backstory or even of her character. Taking a cool-looking character in the sequel trilogy and actually making them a character worthwhile of being somebody’s favorite character could be a good idea, especially seeing as it is doubtful that Boba Fett or Din Djarin will live long enough to appear in a film set after the sequel trilogy.

Everyone’s favorite Wookie — Chewbacca, or “Chewie” for short — should definitely be considered for a return in Damon Lindelof’s upcoming film. He was introduced in the original Star Wars film, now titled Star Wars: Episode IV – A New Hope. Of course, in most of the Star Wars movies, he was portrayed by the late Peter Mayhew, but in more recent films he was played by Joonas Suotamo. While he was a character mainly associated with the original trilogy, he was such a main character in the sequel trilogy, that for the sake of this article he counts as a sequel trilogy character.

Chewbacca was alive by the end of The Rise of Skywalker and he should at least have a cameo in the upcoming film. He should either be continuing his smuggling efforts, helping Rey, helping the Resistance, or hanging out with Maz Kanata. But if they do put Chewbacca in the film, they better have him be among friends, and hopefully in peace.

Are there any other characters that you hope would return to a film helmed by Damon Lindelof set after the events of The Rise of Skywalker? Some might say Kylo Ren if he were not dead. They did have a bounty of characters to choose from across three films, so throwing in one or two characters would not hurt.