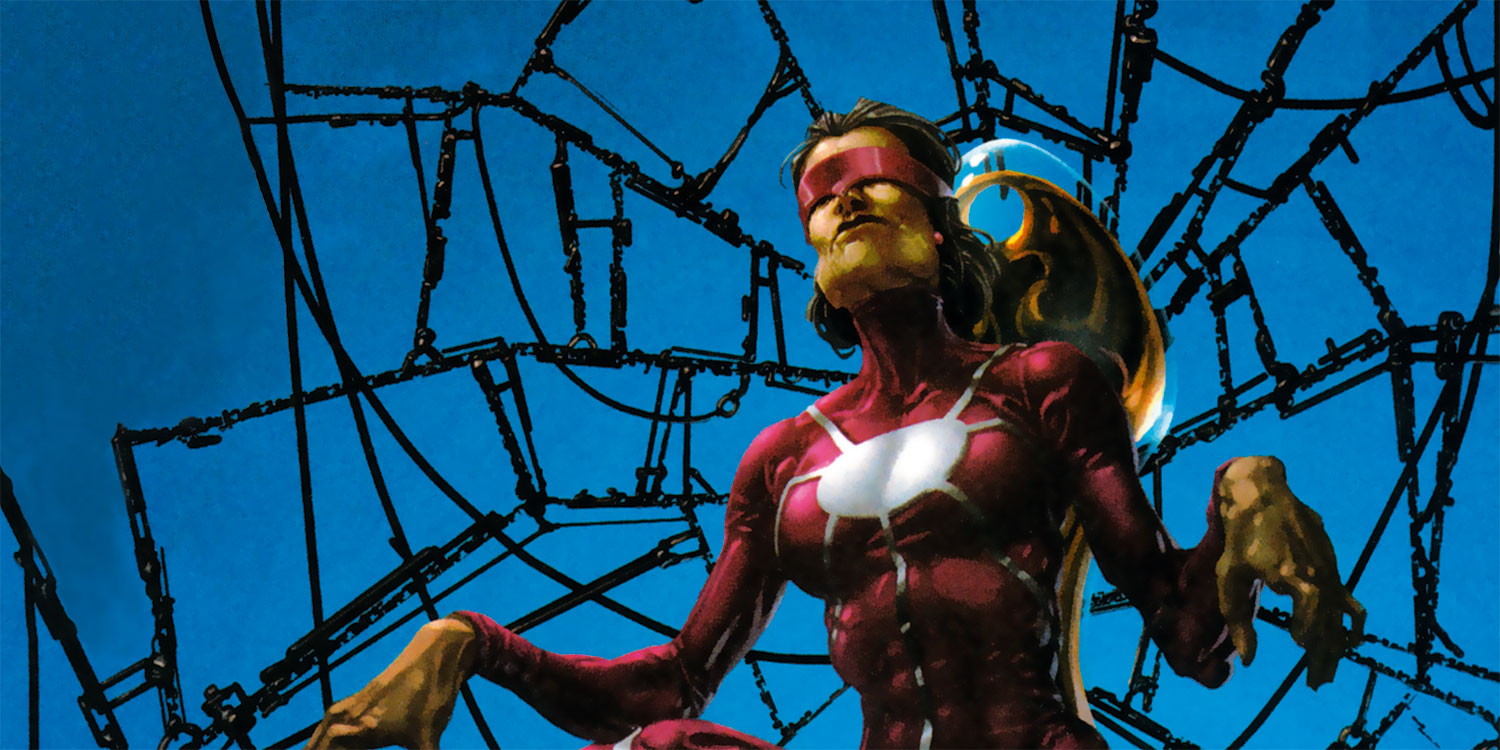 The web of the Spider-Man Universe is expanding, but not in the way any of us expected. Sony Pictures’ share of the Marvel universe ended 2021 on a high with the release of Spider-Man: No Way Home, a trilogy-closer that has earned over $1.7 billion at the worldwide box office so far.

Alongside their MCU-allied Spidey films, the studio has an ambitious plan to expand their comic book franchise with standalone films for a host of antiheroes that debuted in the pages of The Amazing Spider-Man. However, their latest announcement breaks the mold. Joining Venom, Morbius, and Kraven the Hunter on the big screen is Madame Web with Dakota Johnson in the lead role, which she confirmed in a recent Instagram post.

Madame Web is a lesser-known Spider-Man character, perhaps most recognizable for her appearances in the ’90s Spider-Man animated series. Still, she’ll be the first of the webslinger’s allies to make it to the big screen. She’s also the first female to headline a movie in Sony’s universe, against all odds beating higher-profile characters like Black Cat. Who is Madame Web, and how did she become a prime catch for Sony?

Madame Web was introduced in the Spider-Man comics over 40 years ago. Created by comic legends Denny O’Neill and John Romita Jr, she debuted in The Amazing Spider #210. Cassandra Webb, an elderly woman when Peter Parker first encountered her, has proven to be a great asset to the webslinger for over four decades. However, she’s also been at the center of drama and tragedy. Her name may be one of those multi-level puns that comics love, but it hints at the darker turns of her life.

As well as being a play on her last name, “Web” reflected her appearance. Afflicted by the debilitating condition myasthenia gravis, Cassandra Webb was paralyzed but sustained by a vast life support machine her husband designed in the shape of a web. Her first name gave the best indication of her powers. Like the legendary prophet of Greek mythology, Cassandra can see the future. That’s more than an enhanced version of the wall-crawler’s spider-sense. In Marvel comics, she’s a powerful mutant gifted with psychic sensory powers, including telepathy, clairvoyance, and prescience. She can also sense psionic potential in others and project an astral form of herself.

Madame may suggest a fairground clairvoyant, but her powers have proven indispensable. She deduced Spider-Man’s secret identity early on and has frequently helped the wall-crawler ever since. He first encountered her when he was searching for a missing Daily Bugle editor. Later, in Amazing Spider-Man #600, she prophesied the long-running arc that would lead to the Superior Spider-Man era.

Unlike her mythological namesake, Madame Web isn’t cursed to never to be believed, but her comic history is not a happy one. While she was one of the few mutants to retain her powers during the Decimation storyline, those abilities have made her a constant target for villains.

Over the years, her vulnerability has led to disturbing moments, including a gruesome death and subsequent resurrection. Soon after her first appearance, Madame Web was tracked down by Juggernaut, who almost killed her when he separated her from her life support web. Through the years, she’s been dragged into many X-Men-related scrapes, but we can expect the Spider-Man Universe to work around her mutant background.

While the rights to the X-Men and the mutant side of the Marvel universe arrived at Disney with their acquisition of 21st Century Fox, the homo sapien superior has yet to appear in the MCU. Just as Marvel Studios previously conjured up non-mutant origins for super-powered twins Scarlet Witch and Quicksilver, Sony will likely sidestep that part of Madame Web’s biography. After all, the studio successfully brought Venom to the screen without the symbiote ever bonding to Spider-Man.

Madame Web is a fascinating character for Sony to develop for their growing universe. The Spider-Man franchise has just reached new heights by successfully combining the old and the new, so this could be the ideal time to take a risk. There’s a multiverse of possibilities when it comes to bringing Madame Web to the screen.

Who will Dakota Johnson be playing?

Dakota Johnson confirmed her latest role with a single emoji comment on Instagram: an enigmatic but unmistakable spider web. Not much is known about the upcoming film apart from her being joined by director S.J. Clarkson and writers Matt Sazama and Burk Sharpless.

Johnson’s casting was met with surprise, leading some to question Sony’s commitment to representation and accuse them of “disability erasure.” The actress isn’t who anyone expected to play the character as she appeared in the comics, but it’s also likely that the big screen Madame Web won’t be the one Spider-Man first met on the page in 1980.

While the comics introduced Madame Web as an older woman, the film could pick up earlier in the superhero’s life. Could we be about to explore her origin and how her husband constructed her famous web? The comics have even found ways to de-age Madame Web in the past. Even if she carries the same name, Dakota Johnson’s role could have more in common with other Spider-Man allies.

One of Madame Webb’s mutant powers allowed her to transfer her precognition to another, although that meant the loss of sight in the recipient, too. At one point, the death of the original Madame Web passed her powers to the younger Julia Carpenter, once the second Spider-Woman, and sometimes known as Arachne.

In the comics, Julia Carpenter was subject to secretive government experiments that left her with the ability to manifest spider webbing with her mind. We know that Spider-Woman has a place in Sony’s plans, albeit in a different guise. The hero’s most famous holder, Jessica Drew, will be appearing in Spider-Man: Across the Spider-Verse, voiced by Issa Rae. Could Madame Web introduce another Spider-Woman coming to terms with the powers transferred to her by the original clairvoyant? We all know what comes with great power.

Julia Carpenter isn’t the only Spider-Woman with connections to Madame Web. She also mentored the third Spider-Woman, Mattie Franklin, and was grandmother to the fourth holder of the title, Charlotte Witter. Could it be a relative of the familiar Madame Web that we see on screen?

The Madame Web film is shaping up to be one of the most interesting Spider-Man Universe films to date and perhaps a sign of even more ambitious plans, as Dakota Johnson’s recent Instagram post tagged Marvel Studios alongside Sony Pictures.