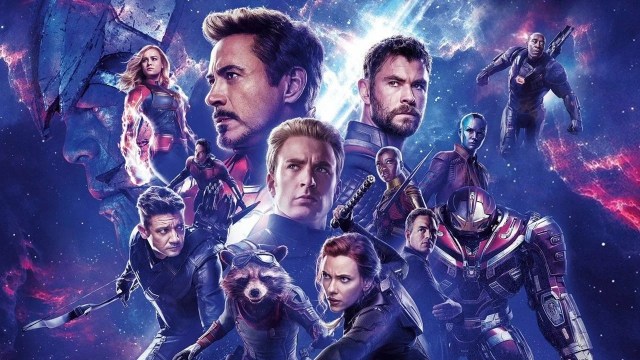 The news we were all waiting for is now finally official. Two more Avengers movies are on the way, both coming in 2025 to wrap up Phase Six in spectacular fashion. First comes May’s Avengers: The Kang Dynasty before Avengers: Secret Wars no doubt implodes the multiverse in November. No cast has been revealed for this double-sized event as yet, but obviously we can expect Jonathan Majors to reprise the role of the titular Kang the Conqueror.

But what we really want to know is which heroes will come together to tussle with the time-traveling tyrant. Avengers: Endgame totally changed the landscape of Earth’s Mightiest Heroes, with the official roster of the team being unknown following Thanos’ defeat. With only a few projects left of Phase Four, however, we’re starting to get some idea of what the next generation of Avengers might look like come 2025.

So here’s a run-through of every single potential hero who could join the Avengers in Kang Dynasty and Secret Wars, ranging from those we’re almost 100% confident will feature, to those who could go either way to some likely future Avengers we’re yet to meet.

Where would the Avengers be without a Captain America? Seeing as Anthony Mackie’s set to lead his own movie as Sam Wilson in New World Order, the former Falcon is a shoe-in for The Kang Dynasty.

Likewise, Brie Larson looks set to stick around the MCU as Carol Danvers for the foreseeable. Unless The Marvels has a twist ending, we’re fully expecting her to join ⁠— maybe even lead ⁠— the new Avengers.

Thor: Love and Thunder surprised us all by promising even more adventures for Chris Hemsworth’s Asgardian. Given that, it seems like he’s bound to feature in some form in Avengers 5 and 6.

Stephen Strange might’ve taken off into another dimension with Charlize Theron at the end of Multiverse of Madness, but there’s a good chance he’ll find his way back to Earth in time to help battle Kang.

While Spider-Man 4 has yet to be formerly announced, Kevin Feige briefly confirmed Peter Parker will be swinging around the MCU for a while longer, so expect him to renew his Avengers membership.

Shang-Chi ended with Simi Liu’s hero hanging out with Wong, Captain Marvel, and Hulk, so it’s looking likely that he’ll be a card-carrying Avenger himself before too long.

We still don’t know exactly who will take over from King T’Challa as the next Black Panther, but the odds are good they’ll take his place among the Avengers in time for Secret Wars.

Kamala Khan’s mutant origins may indicate a future with the X-Men, but having the Avengers’ biggest fangirl actually become part of the Avengers is surely too irresistible to avoid.

Bruce Banner appears to be more of an advisor to the superheroes following Endgame, but his return in She-Hulk indicates he’s healed from his arm injury and could be ready to go back into the field.

While it’s yet to be confirmed, we’re willing to wager that Sebastian Stan’s Bucky Barnes will return alongside Sam in New World Order, which means a comeback in Kang Dynasty is also probable.

Ant-Man and the Wasp

It’s hard to say whether Scott Lang and Hope Van Dyne could be part of the new Avengers lineup as it all depends on where Ant-Man and the Wasp: Quantumania leaves the couple.

Likewise, we’ll have to see how Monica Rambeau’s storyline in The Marvels goes before we can accurately guess whether she’ll board the Avengers alongside her Aunt Carol or not.

Deadpool 3 will arrive before Avengers 5, but while it’s easy to imagine Ryan Reynolds popping up for a cameo somewhere, it’s hard to say if he could actually become a proper Avenger.

Brett Goldstein’s Hercules was introduced as a villain in the Thor: Love and Thunder post-credits scene, but he’s a long-term member of the Avengers in the comics. Is he on the road to redemption?

Like Herc, Eros aka Starfox is another frequent Avenger on the page. With Eternals 2 yet to be announced, it’s difficult to say if Harry Styles will join the team that killed his evil brother.

The same goes for Sersi, another comic book Avenger. If Eternals 2 does happen and she’s freed from Arishem’s clutches in time, Sersi may find herself with a spot on the roster.

Sersi’s boyfriend Dane Whitman is another potential Avenger. In his case, we know when we might see him again at least ⁠— in Blade, going by Mahershala Ali’s vocal cameo in Eternals’ post-credits scene.

Matt Murdock is well and truly back in the MCU, with the Daredevil: Born Again Disney Plus series on the way. Fans would love it if he joined the Avengers, but it’s tough to say if that’s the plan.

It feels like Jeremy Renner’s run as Clint Barton is over, but there’s the opportunity for his protegé Kate Bishop to take over as the team’s resident archer who faces apocalyptic nasties with a bow and arrow.

Armor Wars was conspicuous for its absence from the Phase Five and Six slate, but presumably it’s still coming. But will that be Don Cheadle’s final bow as Rhodey or is there more from him to come?

Fans are desperate to see where White Vision went after he flew away from Westview in the WandaVision finale. In the bleached bot’s own words, we request elaboration.

Is Moon Knight Avengers material? He could be, but Oscar Isaac has also teased a Midnight Sons team-up for the MCU’s darker heroes, which might preclude a place on the more family-friendly group.

She-Hulk will be smashing into the MCU in her very own Disney Plus series next month, which will hopefully be just the start of a long career for Tatiana Maslany in the franchise.

Like Moon Knight, Blade is a prime contender for the Midnight Sons, but Marvel’s been hyping the vampire hunter up so much that some kind of position on the Avengers seems bloody likely.

Dominique Thorne is debuting as Riri Williams in Black Panther: Wakanda Forever before getting her own Ironheart series. She could continue Tony Stark’s legacy by becoming a bonafide Avenger.

Namor the Sub-Mariner promises to start out as a villain in Black Panther 2, but the King of Atlantis is an anti-hero in the comics so we can see him allying with the Avengers to defeat Kang.

We don’t know who’s playing him, but a Nova series is in the works at Disney Plus. The cosmically powered Richard Rider would be a lot of help in a battle against Jonathan Majors’ malcontent.

Another Disney Plus show in early development is Wonder Man. If that gets here before Avengers 5, Simon Williams is no doubt on course to follow his comics counterpart and become an Avenger.