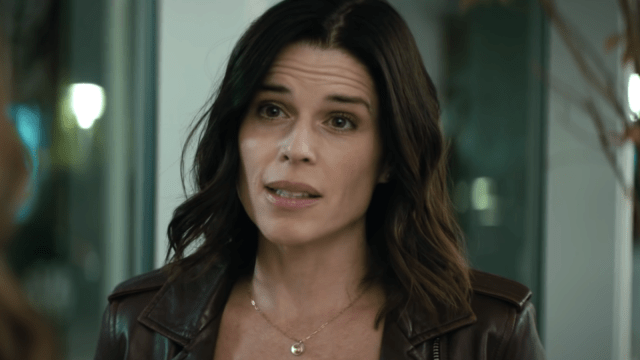 After this year’s so-called “requel” turned out to be a massive success, it’s a great time to be a Scream fan once again as Spyglass Media and Paramount Pictures have fast-tracked a sequel, currently known as Scream 6. With production underway in Montreal, we’ve got a decent idea of what to expect from the next chapter in the legendary slasher saga, which will be with us as soon as next spring.

Unfortunately, it’s not all good news. The most headline-grabbing development concerning the movie is the notable absence of Neve Campbell from the project. Campbell has been with the franchise since the very beginning, playing Woodsboro’s original final girl Sidney Prescott in every installment from 1996 to 2022. But that winning streak of surviving Ghostface is coming to an end with this entry as Campbell has elected not to reprise her role once more.

Campbell has been pretty open about her reasons for saying goodbye to Sidney, so we have a good understanding of what happened behind the scenes between the veteran actress and producers. Here’s why she won’t be back for Scream 6…

After first letting the disappointing news slip at a convention, Campbell released an official statement to the Scream fandom about her exit from the new movie earlier this summer. The 48-year-old actress revealed that she walked away from the production due to a pay dispute. Specific figures are not known, but the star admitted that she felt she was offered far below what she was worth. via Deadline:

Campbell further elaborated on her decision in a recent interview with PEOPLE, in which she stressed that her experience on Scream 6 is indicative of a much bigger gender-based pay disparity in the industry. As Campbell put it:

The absence of Campbell, and David Arquette’s Dewey Riley being written out in the last film, means that Courteney Cox’s Gale Weathers is the only performer from 1996’s Scream expected to appear in Scream 6. This has allowed Cox to achieve a major horror genre milestone.

Could Campbell return for Scream 7?

Naturally, fans are devastated to find out Campbell won’t appear in Scream 6. As for the reasons behind her exit, a couple of her original Scream co-stars have made clear that they are 100% on her side. Namely, David Arquette and Matthew Lillard (who voiced a very pertinent point about Tom Cruise). Those involved in the upcoming film, however, have yet to address the controversy publicly.

As Campbell hasn’t officially said she is done with the role of Sidney Prescott, though, and clearly would’ve been happy to return if negotiations had turned out differently, it’s worth pondering if she might feature in a potential Scream 7. While it’s too early for another sequel to have been announced, it’s likely the plan is to extend this new wave of films into a second trilogy.

Maybe if the studio reaches out to Campbell again, preferably with its tail between its legs, things might go differently next time around and a much more favorable agreement could be reached. While the series is clearly growing beyond its focus on Sidney, with Melissa Barrera and Jenna Ortega’s characters now the story’s focal points, it would be tragic if we’d seen the last of arguably the greatest protagonist in horror history due to something as frustrating and unfair as a pay dispute.

Featuring a cast that includes Samara Weaving, Tony Revolori, and Henry Czerny and is once again directed by Radio Silence filmmakers Tyler Gillett and Matt Bettinelli-Olpin, Scream 6 (or possibly Scream II) opens in theaters on March 31, 2023.