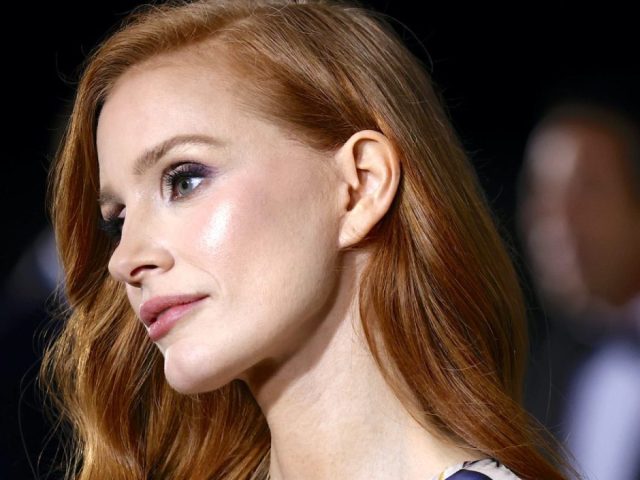 The title of Netflix’s upcoming movie The Seven Husbands of Evelyn Hugo might be about a reclusive Hollywood starlet named Evelyn Hugo, but the real star, and the ones fans are most excited to see, is Celia St. James.

In the novel from which the movie is adapted, written by New York Times bestselling author Taylor Jenkins Reid, Celia St. James is one of Hollywood’s most famous actresses from the Golden Age. Through flashbacks told from the perspective of an elderly Evelyn Hugo, we not only learn about how (and why) Evelyn acquired seven husbands, but also about Celia St. James, known to the world as the girl next door, the winner of multiple Oscars, and “America’s Sweetheart.” We also learn that she and Evelyn shared more than just a love of movies in common. Wink-wink.

Ever since The Seven Husbands of Evelyn Hugo was picked up by Netflix in March, thanks in large part to the novel’s astronomical popularity on TikTok’s subcommunity BookTok, fans have been clinging to the hope that the character of Celia St. James would wind up in the hands of a talented, capable, and worthy actress. Enter Jessica Chastain.

Chastain has been at the top of fans’ wish lists to play Celia for her charisma, humbleness, acting chops, and striking similarities to the novel version of the character, red hair and all. On Nov. 15, Chastain whetted appetites with news that she had a “very exciting” announcement regarding her next project, one that she would deliver the following day.

If you take a peek at the comments section of Chastain’s post you’ll find a tsunami of excited Evelyn Hugo fans all but convinced the big announcement is her taking on the role of Celia St. James. However, on the other side of that coin is the theory that Chastain’s purple power suit and strawberry red hair is a nod to one particular Inhuman from Marvel Comics and foreshadows Chastain’s entrance into the Marvel Cinematic Universe.

So, which is it? Is Chastain joining Netflix as Celia St. James in The Seven Husbands of Evelyn Hugo, or is she joining the MCU as queen of the Inhumans?

Netflix or the MCU? Which is it for Jessica Chastain?

Turns out it’s neither. Or, at least not right now. Jessica Chastain’s follow-up post came with the news that she was returning to Broadway to headline Henrik Ibsen’s classic play A Doll’s House as Nora Helmer.

Chastain’s fans showed obvious disappointment in the comments section of her post, clearly wishing the news was about Celia St. James or at the very least Marvel, but they did their best to show their respects and offer congratulations. As a former student of Julliard, Chastain has a long association with theatrical acting and made her Broadway debut in 2012 starring in The Heiress. A Doll’s House promises to be a “thrilling reinvention of Ibsen’s masterpiece” and sure to show off those acting chops that won Chastain an Academy Award for The Eyes of Tammy Faye in 2022.

As for Celia St. James – fans will have to hold out a little while longer for news on the cast. When it is announced, you can rest assured knowing we will cover it so stay tuned for more updates.

In the meantime, can we interest you in another Taylor Jenkins Reid adaptation? Daisy Jones & The Six maybe? The limited series is on its way over to Amazon with a mega-talented cast and a release date that will likely be much closer than The Seven Husbands of Evelyn Hugo. Trust us, if you like Evelyn, you’ll like Daisy Jones.