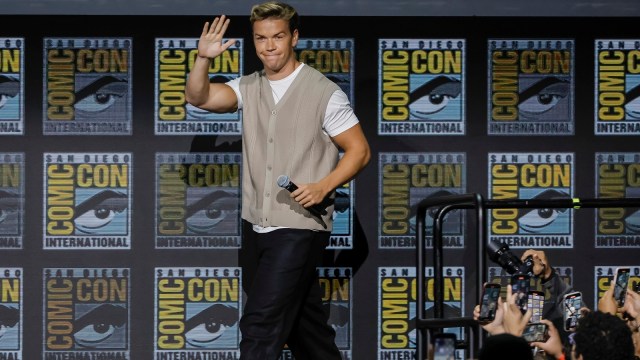 One of the biggest disappointments to come out of San Diego Comic-Con was James Gunn’s confirmation that the Guardians of the Galaxy Vol. 3 trailer shown to those in attendance wouldn’t be made available online for the fans to see.

Well, technically it was if you knew were to look, but it hasn’t taken Marvel long to stamp down on any leaks. One of the biggest takeaways to come from the panel (besides the cavalcade of new projects coming down the pipeline throughout Phases Four, Five, and Six) was the first look at Will Poulter as Adam Warlock, paying off a tease made in the credits of Vol. 2.

In the comic books, Adam is typically defined as being perfect in almost every conceivable way, but in an interview with ScreenRant, Poulter confirmed that won’t quite be the case with his version.

“The first thing to confront is that I am very, very far from perfect. I think one of the cool things about this character is that James certainly allowed me to kind of explore Adam’s imperfections as well, while he orientates himself. He’s in his infancy at this point of the story, so he’s really trying to [orient] himself in this world as effectively a newborn.”

It’s a smart move to make on the part of Gunn and Guardians of the Galaxy Vol. 3, because nobody wants to see a perfect protagonist or antagonist. The best characters are the ones with flaws, which is something we can expect to see from Adam Warlock next summer when he makes his live-action debut.