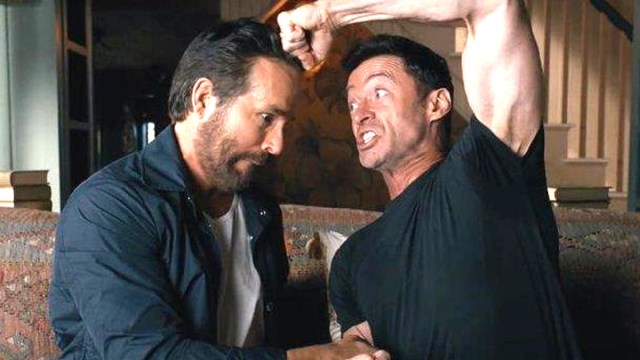 Most of us have been operating under the impression that Hugh Jackman’s return as Wolverine in the Marvel Cinematic Universe’s Deadpool 3 was down to Ryan Reynolds, given that the star and producer of the R-rated threequel has hardly been shy in voicing his love and admiration for the man who also happens to be his online arch-nemesis.

However, in a wide-ranging interview with Variety, Jackman revealed that the comeback we never thought would happen was actually his idea. In the aftermath of Logan, the actor was adamant that he’d hung up the claws for good, despite constant rumors to the contrary. And yet, the prospect of diving into the world’s biggest franchise alongside one of his closest buddies proved to be a lure too irresistible to turn down.

“Well, I was greedy. I held on to it for 20 years. And then, of course, since I left, it’s been bought by Disney. I’m sure the plans are afoot. I went to a screening of Deadpool. I was 20 minutes in, and I was like, ‘Ah, damn it!’ All I kept seeing in my head was 48 Hours with Nick Nolte and Eddie Murphy. So it’s been brewing for a long time. It just took me longer to get here.”

As it turns out, Jackman would call Reynolds to tell him that he was open to the notion of growing out those mutton chops one more time. Fate dictated that the leading man was gearing up to discuss the project with Kevin Feige, so there was definitely an element of fate in play.

“I think, actually, he’d given up.I think it was a big shock to him. There was a massive pause, and then he said, ‘I can’t believe the timing of this.’”

Needless to say, fans lost their minds when it was officially confirmed, but the only downside is that we’ve got to wait until November 2024 for Deadpool 3 to arrive until we get to see the collaboration we thought had passed us by forever.