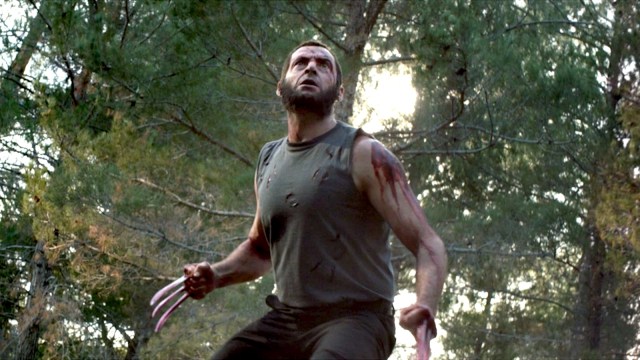 The internet is abuzz today after Ryan Reynolds dropped an absolute bombshell on Marvel fans patiently waiting for Deadpool 3 news. Not only does the film have a release date, but Hugh Jackman is going to be in it – stepping back into his iconic role as Wolverine.

Naturally, social media is going absolutely bananas over the news, with fans debating exactly how Jackman’s Wolverine will be reintroduced, whether it will be the same Logan we said farewell to in 2017, or if he’s going to be a variant.

Popular graphic artist BossLogic gave us his take in a recent Tweet, letting his artwork tell the story.

Equally cheeky and macabre, BossLogic’s interpretation of Jackman’s introduction to the MCU will pick up where Logan left off. Deadpool’s tracked down where Wolverine is buried, taken out a shovel and dug up poor old man Logan. The illustration, captioned, ‘Are you awake?’ interprets Wade’s first words to Logan. We can already hear a gruff Jackman angrily grunting in response.

As cool as this take is, and as excited as fans are about Jackman once again getting his adamantium claws out, some can’t help but feel that his return in Deadpool 3 undercuts the message, impact, and finality of 2017’s Logan, particularly if the story were to be tackled in a way similar to BossLogic’s humorous take.

BossLogic is a popular artist on the internet, often going viral for exceptional fan art. His followers were recently taken aback by an image an AI art generator spat out when he used “John Wick Pixar poster” as a query.

Wade Wilson will be hacking, slashing and cussing all over the place again when Deadpool 3 hits cinemas on Sep. 6, 2024.