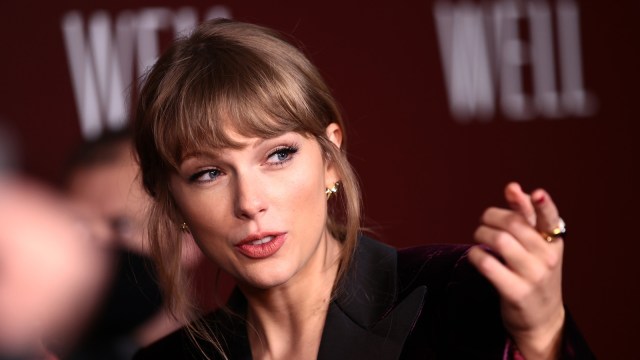 In her recent YouTube video titled, “Taylor Swift’s Music is Not Good”, controversial conservative Candace Owens, who has talked lowly of other modern artists like Cardi B, went off on Swift’s artistic ability and even equated her music to a “porcelain urinal.”

Owens describes the present music industry as being one that’s filled with artists whose labels simply consider them “too big to fail.” She states that Beyoncé‘s recent Renaissance album is a perfect example, claiming that it’s anything but a renaissance and pointing out that many online expressed not liking the album. She then suggests that the media pushes big name artists even if their art has fallen off, adding that in the case of Beyoncé the media was unable to simply call her album not very good.

Then she mentioned Taylor Swift, who recently released Midnights, as being in the same category. “Like Beyoncé, she hasn’t had a good studio album in a while. The last two or three Taylor Swift albums have been objectively very bad but she does not know that because know one tells her that.”

It’s worth mentioning that people’s response to music, and all forms of art, are often accurately described as “subjective.” So, suggesting anything is “objectively very bad,” seems like an odd attempt to try a claim an opinion as fact. Of course, everyone ha a right to their opinion and Candace certainly doesn’t shy away from expressing hers.

It’s also worth noting that Owens is good friends with Ye (Kanye West) who is under serious scrutiny for his recent antisemitic comments. Ye once interrupted Taylor Swift during a Grammy award speech, and the respect hasn’t exactly been solid between the two, understandably. It can assumed that Taylor has been a topic of conversation between Candace and Ye on some occasions.

Candace actually began her video by saying that journalists try to convince you that certain art that is clearly bad is actually good. “Modern art is really, really bad. It’s awful, actually. It’s not art at all. What it really is is this tremendous effort to convince you that dog sh** is food.”

She gives an example of how the Guggenheim once featured a porcelain urinal, and that journalists decided to praise it. She then quoted Daily Art Magazine who said about it at the time, “You will be presently surprised about how a toilet can literally have a deep meaning.”

Laughing, Candace says that you should be able to expect that a reasonable person who writes about it would be honest and just say it’s bad.

“This is supposed to be deep and we’re supposed to think about it. Of course, the journalists love to describe it as cryptic and there’s some deep message that’s in here. So if you’re not getting it, because you shouldn’t be getting it because it makes no sense, actually the problem is you for not seeing how deep the porcelain urinal is — because this is porcelain urinal for music.”

Owens goes on to call Taylor Swift’s lyrics, “ridiculous,” and concludes, “Our culture is going down the drain in America. We don’t aspire towards art. We don’t have true lyricism anymore.”

Candace also tweeted on the matter but most responses she received were not in agreement with her assessment. Here’s her tweet and some of the more popular replies: