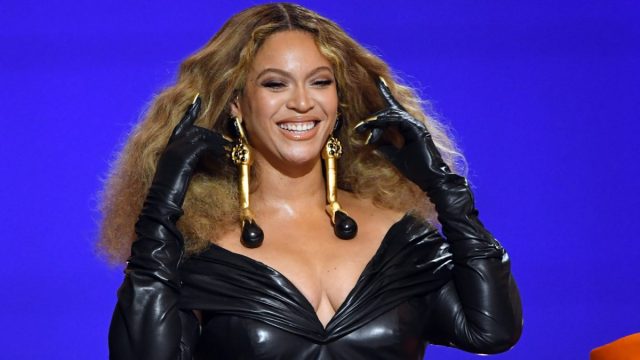 With the buzz around the Grammys increasing as the latest nominations were released for the 2023 awards, one artist is on the verge of becoming the queen of them all.

With a stunning nine nominations for the next edition of the awards, Beyoncé is now tied for the all-time record for nominations with two other incredibly prominent and prolific musical artists. Plus, her nine nominations this year leads all artists for the upcoming awards show. As for the people she’s in a nomination tie with, one of them she will most likely zip right on past as he’s not racking up so many noms these days and is getting on in age. The other, well, they might be going back-and-forth for years counting who’s on top.

The former is former Beatles front man Paul McCartney, while the latter is a household name as well, especially in Queen Bey’s house — her husband Jay-Z. Each of the three artists now has accumulated 88 Grammy nominations throughout their respective careers. Hopefully the latest news that they’re neck-and-neck with noms won’t cause any family distress — considering the love they share for each other and each other’s work, we’re guessing that won’t be the case.

On that high note, removing the nine nominations from this year, how often does Beyoncé win? To put it literally, just how many Grammys does Beyoncé have?

This year she released her seventh studio album, the highly-acclaimed (and a little criticized for some of the music she sampled) record called Renaissance garnered Grammy nominations for:

Right behind her nine nominations are Kendrick Lamar with eight, Adele and Brandi Carlisle with seven each, with Mary J. Blige, Future, Harry Styles, DJ Khaled, and The-Dream with six apiece. Jay-Z received five nominations for the 2023 awards, giving Beyoncé a bigger chance at collecting more wins as well. Speaking of wins…

She was already the record holder for nominations for a female artist. From her previous 79 nominations across her career as both a solo artist and member of the Destiny’s Child group, the Houston native actually won quite a lot of hardware. In fact, she’s the most winningest female artist in the history of the Grammys.

Not only does she hold that prestigious record, she’s also tied for second place overall for awards won by any artist ever. The 41-year-old artist has 28 Grammy victories to her name from those 79 nominations, meaning 35 percent of the time she’s been nominated Beyoncé has walked on stage to accept the winning trophy.

She won three of those awards while with Destiny’s Child, with the group performing live at the 2001 awards. She returned in 2004 to perform as a solo artist alongside Prince.

What Grammy records are within reach for Beyoncé?

In first place currently as far as wins go is classical conductor Georg Solti, who has 31 overall Grammy victories. So if her winning rate continues this year — meaning Beyoncé would win at least three trophies out of her nine nominations — she would tie Solti as the record holder. And of course if she can nab even just one more and get to four, she would take over sole place as the true queen of the Grammys. Did we mention she’s only 41? So, yeah, the nominations and wins are sure to keep coming, so it’s only a matter of time it seems before she takes the throne. As a side note, Solti passed away at the age of 84 in 1997.

Even with all those wins, Beyoncé has actually only won one of the major awards during her run of success, for songwriting for the song “Single Ladies (Put a Ring on It)” back in 2010.

Last notes on the Grammys

The awards show has expanded its field of nominations in recent years, going from five to eight to 10 slots in 2019, while the Recording Academy got rid of most of the nominating committees last year.

The 2023 Grammys will be the 65th edition of the awards show, with recordings released between Oct. 1, 2021 and Sept. 30, 2022 eligible to be nominated across the 91 total categories. The upcoming edition will be held on Feb. 5 at the Crypto.com Arena in Los Angeles (even as many still call it Staples Center).