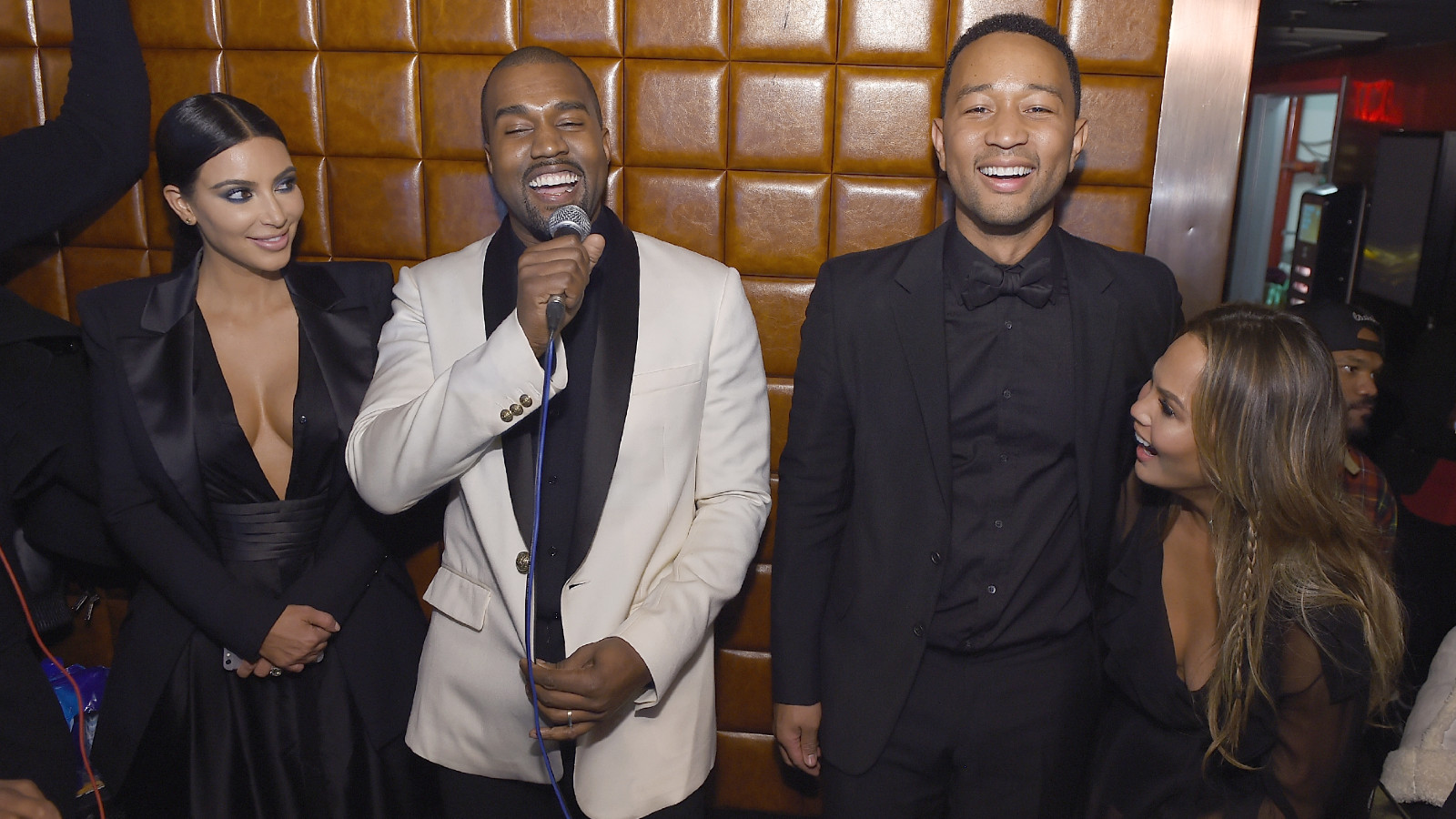 Once upon a time, John Legend, Chrissy Teigen, Kayne West, and Kim Kardashian used to be the ultimate couple-friend goals, but a lot has happened since the foursome posed for that infamous Waffle House photo in 2015.

Namely, West, who has since legally changed his name to Ye, has exhibited no shortage of troubling behavior in recent years, which eventually led to his split from Kardashian as well as a smattering of other public fallouts. What seemed to have really turned the tide, however, was West’s support of former President Donald Trump and, later, his own attempted presidential bid — which many believed to have been a coordinated attempt with the Trump campaign to siphon votes away from Joe Biden.

Shockingly, this was also the last straw for Legend, who, along with his wife Teigen, are both outspoken Democrats.

During an appearance on The Axe Files podcast this week, host David Axelrod, who formerly served as senior advisor to President Barack Obama, asked Legend about the current status of his relationship with Ye.

As it turns out, Legend revealed, that is decidedly no longer the case.

“Well, you know, we aren’t friends as much as we used to be because I honestly think because we publicly disagreed on his running for office, his supporting Trump,” Legend explained. “I think it became, uh, too much for us to sustain our friendship, honestly. He was upset that I didn’t support his run for presidency of the United States of America for understandable reasons.”

When Axelrod noted that the “Ordinary People” singer wasn’t the only one who felt that way, Legend elaborated. “I wasn’t alone in that,” he continued. “But, you know, he was not happy about that. And we really haven’t been close since then.”

When asked what people don’t people understand about West, Legend was diplomatic in pointing out that, actually, people “get” the real Kanye pretty much on the nose. “Well, I think people get a lot about him,” Legend continued. “He’s been very open with who he is and his struggles with mental health, and he’s very real, honestly.”

“So I think there’s not a lot about him that people don’t get; like he’s been pretty upfront with his opinions, his struggles, all the things that he’s dealing with,” he added. “And, uh, I think what you see with him is pretty much what you get. I don’t feel like he’s a whole separate person in private than he is in public. I think you’re pretty much seeing the real Kanye publicly.”

Fortunately, we’ve been seeing a lot less of the real Kanye publicly. The rapper seems to be taking some much-needed time to log off after a pretty intense campaign to smear Kardashian and her new boyfriend Pete Davidson earlier this year, which included lyrics and videos threatening Davidson. His behavior resulted in a feud with Daily Show host Trevor Noah, who spoke up out of concern, and a falling out with longtime friend and collaborator Kid Cudi, who remains friends with Davidson.

It remains to be seen, however, if Legend’s remarks will poke the sleeping bear, so to speak.