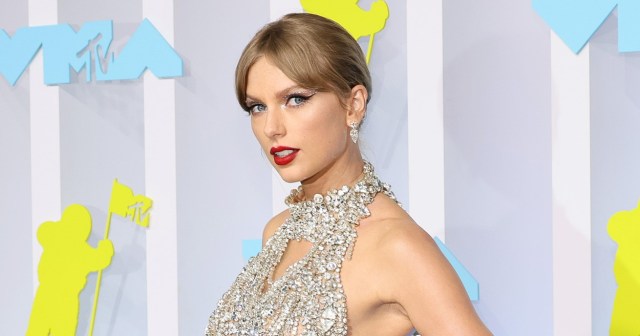 Once upon a time, Taylor Swift began leaving hidden messages in her album booklets and lyrics for her fans to decode, which evolved into dropping hints for future music in her videos, and then in interviews, and social media… And suddenly Swifties could no longer tell the difference between an Easter egg and just a random coincidence.

Every number, word, and letter of anything Swift posts or releases is immediately dissected by her fans, and sometimes things get a little out of hand. As much as the Grammy award winner loves dropping hints, they end up being somewhat straightforward once they’re figured out. For example, Swift probably isn’t releasing her new album Midnights on Oct. 21 because it’s Kim Kardashian’s birthday, and also somehow National Reptile Day, as one TikToker suggests.

But the theories most definitely don’t stop here. So, buckle up, because here are the most outlandish TikTok theories about Taylor Swift’s Midnights.

Just as the clock struck midnight on Wednesday, Sept. 21, Swift revealed the very first title of one of the 13 tracks on her new album. One person on TikTok really wanted to find a connection between the odd choice of date and the LGBT+ community.

Accidentally, or not, it turns out that Sept. 21 in LGBT+ history marks the creation of the very first lesbian organization — The Lavender Effect. Do you know what else is lavender? The special Target edition of the Midnights vinyl.

One of the most widespread theories surrounding Midnights has to do with the mysterious song Swift used for her “The making of Midnights” TikTok called “Life You Lead.” The unknown song traces back to an equally unknown artist who goes by the stage name Niceboy Ed, and, of course, people think the song is actually Swift’s.

One Swiftie theorizes that because Niceboy Ed released the song a mere 12 hours before Swift posted her TikTok and had a basically nonexistent social media presence, “Life You Lead” has to be some kind of Easter egg for Midnights. The strongest argument against this theory is a tweet by a fan account for Swift’s boyfriend, Conversations With Friends actor Joe Alwyn, that claims Niceboy Ed is a close friend of his, and Swift was just showing support for his debut single. Alwyn was one of the few people following Niceboy Ed on social media before Swift’s TikTok.

The song is registered in the U.K., which has led some to think it might be a cover of a song on Midnights, released before Swift herself made the original version available. It wouldn’t be the first time Alwyn joins his girlfriend in preparing the treasure hunt for Swift’s fans — readers might recall the William Bowery Easter egg on 2020’s Folklore.

The “Come back stronger than a 90s trend” theory

It wouldn’t be unusual for Taylor Swift to pay attention to every minute detail in her album rollouts, especially when it comes down to design. Swift usually puts great care into building the mood and aesthetic of each of her eras, in order to create a unique experience and world for each.

The theory in question picked up on a very seamless aspect of the Midnights cassette where the Republic Records logo is featured in its old design, the one that was used by the label in the 90s. It could be that this is the case because cassettes are an old-fashioned format, but, in the comments, another Swiftie points out that in the cassettes for the singer’s other recent albums like Folklore and Evermore, the Republic Records logo used its regular modern design.

Considering the singer-songwriter has switched musical lanes so often in the past from country, to pop, to indie, fans are dying to know what the sound of Midnights will be like. Could it be 90s-inspired? To be fair, Swift’s “I come back stronger than a 90s trend” lyric from her Evermore lead single “Willow” was once literally her bio on socials.

The Lover house theory is a Swiftie favorite. Ever since the music video for Lover dropped in 2019, Taylor Swift fans have been racking their brains trying to figure out what the curious layout of the colorful house, where the singer lives with her fictional lover, could mean. Eventually, a consensus was reached that each division of the house represented an album in Swift’s career. At the time, the stairway areas were left undefined, but the colors fit astonishingly well with the respective aesthetics of Swift’s subsequent albums, Folklore and Evermore.

Now, the singer has brought the theory back by liking a video that claims the night sky behind the house is representative of Midnights. If you think it’s crazy that the Grammy-winning songwriter could have planned something like this so far in advance — keep scrolling.

The “Three years in advance” theory

Claiming Swift teased Midnights as far back as three years would be kind of crazy had the singer not literally stated she wanted to try doing just that.

In November of 2021, the “All Too Well” singer went on The Tonight Show Starring Jimmy Fallon to promote Red (Taylor’s Version) and talked about her infamous Easter eggs, saying “Can I hint at something three years in advance? Can I even plan things out that far? I think I’m gonna try to do it.” Considering Midnights is her first studio album after dedicating herself entirely to re-recording her old albums for two years, it’s not too far-fetched to think the album has been conceptualized ages ago.

If you go even further, and consider the fact Folklore and Evermore were both unplanned albums born out of the completely unpredictable circumstances of the pandemic, it does make sense that Midnights was meant to follow Lover all along. And, by the way, Swift revealed that Lover was initially going to be called Daylight, which goes along quite nicely with the title Midnights.

It’s no secret that Swift is a huge fan of Lana Del Rey — she has even cited the singer New York singer as one of the biggest inspirations for her music. Back in April, Swift and Del Rey were photographed hanging out with their mutual friend and producer, Jack Antonoff.

Sly as they are, Swifties were quick to spot a familiar sweater in Swift’s “The making of Midnights” TikTok that looks eerily similar to the one she was wearing in her pictures with the Born to Die singer. Could a collaboration between two of the greatest lyricists of their generation finally be on the horizon?

There are some pretty good contenders for best detective work across this list, but this TikTok video might just take the cake. The theory is by a Swift fan who still believes there was (is?) something big going on between Swift and her ex-best friend Karlie Kloss.

The theories that there’s more than meets the eye between the singer and the model are so popular, even Jennifer Lawrence has heard about them. Some say they were in a romantic relationship, others believe something ugly must have happened for them to completely stop seeing each other, despite being joined at the hip for years.

Swift and Kloss haven’t been spotted together for at least four years, but this Swiftie managed to tie a framed photo in a promotional image for Midnights back to the couple, claiming it was taken during the 2014 Victoria’s Secret fashion show, where the singer performed and the model walked.

The “Midnights Mayhem with Me” theory

Instead of leaving it to the fans to figure out Midnights‘ tracklist all by themselves, Swift decided to start a new series on her TikTok account where she reveals a new track title every midnight, with the help of a bingo machine.

Despite Swift stating that the series, called Midnights Mayhem with Me, is an effort to “defy” her history of only releasing information about new music through cryptic clues, fans still think the videos themselves are riddled with hints and hidden messages. One TikTok theory claims each short clip functions as a clue about an upcoming music video, and that the first letters of the first two titles revealed (“Mastermind” and “Vigilante Shit”) are, fittingly, code for MV, which is the abbreviation of music video.

Another TikTok theory claims the reason “Vigilante Shit” has been associated with things being upside down is that it’s actually a collaboration with Ariana Grande, based on her upside-down cover for the Sweetener album.

In the text she wrote to accompany the announcement of Midnights, Swift explained that the album is composed of songs about 13 different sleepless nights throughout her life. One astute fan has a theory about what songs were written when, based on the different colors of each special edition vinyl that Swift has released for Midnights, how their colors match past works from the artist, and the position on the clock they form when brought together.

Fans were not expecting Swift to release a new album so soon after she began releasing the re-recordings of her old studio albums. Fearless and Red had the honor of kicking off such a monumental stage in Swift’s career. Thus, after the master recordings to her first six albums were sold to a third party, the singer-songwriter decided to re-record them all, in order to finally own the rights to her self-written music.

For longer than a year now, Swifties had their focus completely geared towards figuring out what “Taylor’s Version” will come out next. In their speculation on social media, fans were adamant it would either be Speak Now or 1989, but in the end, Swift dribbled them all by announcing Midnights instead.

So, what does the release of the artist’s tenth studio album mean for the rest of the rerecordings? One fan theorizes that based on the outfits Swift is wearing in each of her TikTok videos, the order of release for the remainder albums will be: 1989, Reputation, Speak Now, and, finally, Taylor Swift.

Could some of these theories actually hold some truth? Fans of Taylor Swift will find out in the coming weeks, leading up to Midnights’ release on Oct. 21.