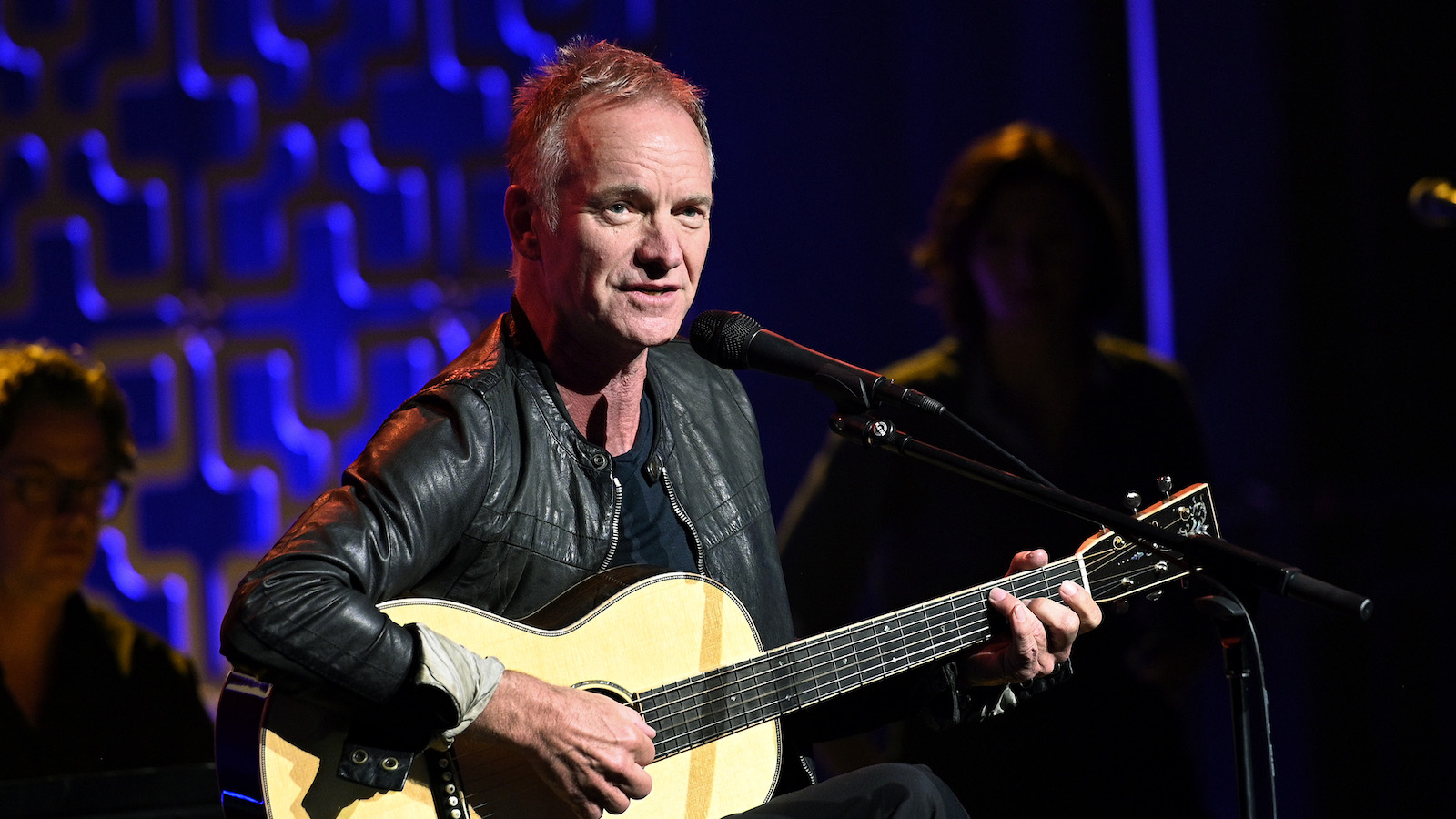 Universal Music’s lead publishing arm, Universal Music Publishing Group, has acquired the worldwide publishing rights to all of Sting’s song catalog, including many of the iconic hits the musician wrote during his tenure with The Police in the ’80s and ’70s. Basically, every breath he’s taken on a microphone.

Sting is one of the most critically lauded and commercially successful singer-songwriters of all time and has taken home 17 Grammys for his work. The universal acquisition encompasses the body of Sting’s work and includes the hits “Roxanne,” “Message in a Bottle,” from his time in The Police – a group acknowledged as one of the biggest bands of the 1980s – as well as all of his solo material. “If I Ever Lose My Faith in You,” “Shape of my Heart,” and “Englishman in New York,” all part of the Universal deal, have all charted globally. Sting has sold over 100 million records.

Though the parties have not disclosed details of the deal, the New York Times estimates the singer took home around $300 million.

Universal Music Group has been the home of Sting’s recording labels throughout his career, A&M, Interscope, and Cherrytree Records, all operated under UMG’s auspices. The publishing deal will effectively bring the musician’s recording catalog and songwriting catalog home together under one roof. According to Universal Music’s website, “Together, UMPG and UMG will work with Sting to further build and expand his vast audience reach, strengthen the impact and influence of his timeless works, and continue supporting future music releases.”

Sting, born Gordon Sumner, is an actor, author, and activist in addition to his long career as a composer and singer-songwriter. Sting formed the Police with Andy Summer and Stewart Copeland in 1978 and became one of the biggest recording acts in history noted for their unique blend of rock, new wave, and reggae conventions. The ban would make five studio albums and go on to win six Grammys and two Brit awards. Beginning with 1983’s Dream of the Blue Turtles, the singer and multi-instrumentalist went on to a solo career that has sold millions of records, with singles from each album making multiple top 100 charts worldwide. Sting was inducted into the Rock and Roll Hall of fame as a member of The Police in 2003.

“I am delighted to have Jody and the team at UMPG curate and manage my song catalog. It is absolutely essential to me that my career’s body of work have a home where it is valued and respected – not only to connect with longtime fans in new ways but also to introduce my songs to new audiences, musicians, and generations,” Sting wrote in a statement on UMG’s website. “Throughout my career, I have enjoyed a long and successful relationship with UMG as my label partner, under the watchful guidance of Lucian, so it felt natural to unite everything in one trusted home, as I return to the studio, ready for the next chapter.”

The Lucian in question, UMG CEO and Chairman had this to say, “I’ve had the privilege to work with Sting for over 20 years, and I’m so thrilled to expand our relationship to now include music publishing. Sting is a songwriting genius whose music permeates global culture. We are honored that by choosing UMPG for his music publishing, Sting’s entire body of work as a songwriter and recording artist — from the Police to his solo work — will all be within the UMG family. It’s a responsibility we don’t take lightly as well as a great validation of what we have built for artists at UMG.”

In addition to his Hall of fame induction in 2003, Sting received a CBE from Queen Elizabeth the same year for his contributions to music. The French government accorded the musician the honor of Chevalier of the Ordre des Arts et des Lettres in 2007. He has received the Kennedy Center Honors, The American Music Award of Merit, and has been awarded Honorary Doctorates of Music by the University of Northumbria, Berklee College of Music, the University of Newcastle upon Tyne, and Brown University.

Sting resumes his “My Songs” world tour next month. He will begin a Las Vegas residency at The Colosseum at Caesars Palace in June 2022.