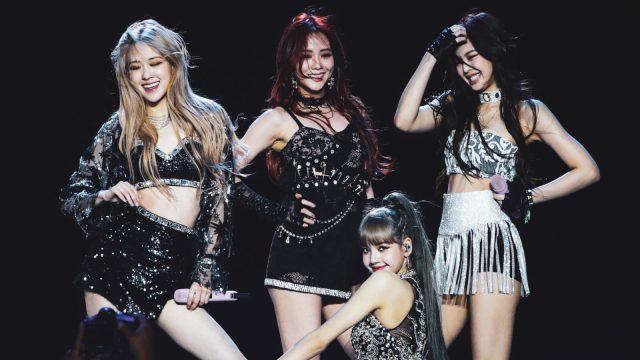 In the wake of their latest highly-anticipated release, South Korean girl group BLACKPINK is headed on tour.

The group has been dominating news cycles of late, and it looks like they’re set on maintaining their position on the top for at least a little while longer. They’ve been using social media and the online sphere to their advantage, and it’s paid off wonderfully. In the last few months alone, the four-part group has used various creative approaches to expand their fanbase.

That’s all set to continue with the band’s planned “BORN PINK” tour, which is set to kick off on Oct. 15 with an event in Seoul, South Korea. From there, the band will set out on a multi-country tour, with stops in 14 major locations — including Los Angeles, Chicago, Dallas, London, Paris, and Amsterdam. Fans across the globe will soon have a chance to see the hugely successful girl group live and in person, with tickets for more than a dozen separate events officially on sale.

BLACKPINK fans can secure a range of different tickets for the event closest to them, with various levels of tickets offering up different experiences. Given the band’s massive popularity at the moment, even the more modest tickets are still rather pricey, but careful fans should be able to secure a nosebleed seat without completely breaking the bank. A broad selection of tickets are currently available on London-based ticket exchange site Viagogo, with the cheapest tickets often running between around $70 — on the very low end — to the mid-$500s, but the majority of tickets will run fans around $250.

For the band’s biggest fans, however, a range of VIP tickets are also available. These are selling for quite a bit more than your average ticket, but they include a number of lucrative perks that are undeniably tantalizing for any massive fan of the girl group.

VIP tickets for BLACKPINK’s upcoming tour are going on sale soon, so fans of the band should aim to jump on them as quickly as possible, lest they sell out. Many of the venues hosting BLACKPINK will likely offer up their own packages, but a page on Houston’s Toyota Center site lists many of the likely inclusions all VIP tickets will include. There are three tiers of VIP ticket, starting with the “Blink plus experience” and polishing off with the top-tier “Ultimate BORN PINK experience.” Here’s a look at what each of the ticket tiers include, and how much they’ll likely run purchasers.

The lowest tier of BLACKPINK VIP tickets includes several perks on top of seeing the band in person. The lowest tier of VIP ticket includes “next access to standing floor,” which should give attendees a far better view of the concert, as well as access to an exclusive sound check event before the show begins, and an unspecified “commemorative gift item” to remember the concert by.

The exact cost of VIP tickets will likely vary from location to location, and no official price has been released so far, but given the price of regular tickets, the cost will probably start around $500 in certain, high-density areas. Tickets in the U.S. currently appear to be some of the most expensive, which could see VIP tickets in other areas of the world run significantly lower.

The middle tier of VIP tickets adds an additional offering to the “plus” experience package. On top of the three perks that come with the lowest tier of VIP ticket, BLACKPINK fans who go for the “deluxe” experience will receive the opportunity to shop for merchandise before the general public is allowed to enter. This gives purchasers exclusive access to items that are likely to sell out within minutes, once the general public enters.

Again, precise prices of VIP tickets are unknown, but the middle tier will likely start between $550 and $650.

The highest and final VIP tier for BLACKPINK’s BORN PINK tour adds a number of tantalizing perks to the existing additions from tiers one and two, and each of those is slightly upgraded for the “ultimate” experience. Purchasers will get first access to the standing floor area and an exclusive cue for check-in, as well as access to a VIP lounge where food and drinks are provided. They’ll also get priority access to the pre-show soundcheck event, access to an exclusive send-off following the show, and a parking pass, as well as custom-designed lanyards, as well as a “crowd-free” merchandise shopping opportunity and the chance to snag a photo on the BLACKPINK stage. These tickets offer up a huge swathe of additional fan opportunities, which means they’ll inevitably come with quite the price tag.

We still don’t know the exact cost of these tickets — and prices remain likely to vary from city to city — but with regular tickets what they are, fans should expect to pay at least $650 for these tickets, with some likely coming in closer to $800. It wouldn’t be surprising if some of these tickets sold for close to a grand a piece in certain areas.