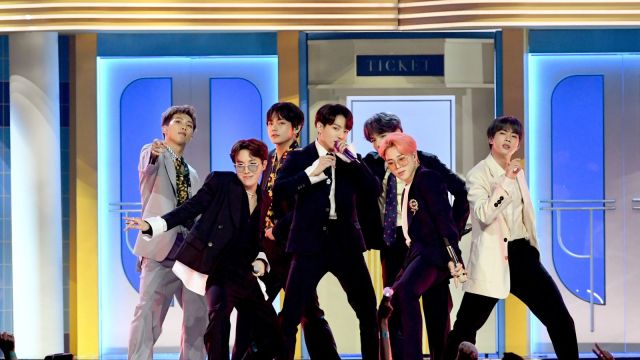 After a debut album in 2012, BTS have become one of the most popular and well-known musical acts currently performing. The Korean pop group have released nine studio albums since formation, and continue to dominate streaming services and ticket sales for live performances.

So much about the seven stars is known, but a mystery to the more passing listener is what exactly their name means, and if it is indeed an acronym or abbreviation. It definitely doesn’t mean behind the scenes, so don’t get silly and think it’s that.

So, what does BTS stand for?

The Seoul-based group’s name BTS stands for Bangtan Sonyeondan, which translates into English as Bulletproof Boy Scouts. Member J-Hope has said the inspiration comes from their desire “to block out stereotypes, criticisms, and expectations that aim on adolescents like bullets”. A majority of their work features themes of coming of age, adolescence, and educational pressures, so the name definitely fits.

In 2017, they rebranded the acronym to mean Beyond the Scene as they looked to expand their audience and got more famous worldwide. Speaking on the rebrand, they said it was to trigger the idea “from the boy to an adult who opens the doors that is facing to go forward.”

More colloquially, the band is known simply as the Bangtan Boys which essentially makes them the “bulletproof boys”. Considering their overwhelming levels of success and one of the most devoted fanbases out there, BTS definitely have a bulletproof vest around them at all times.