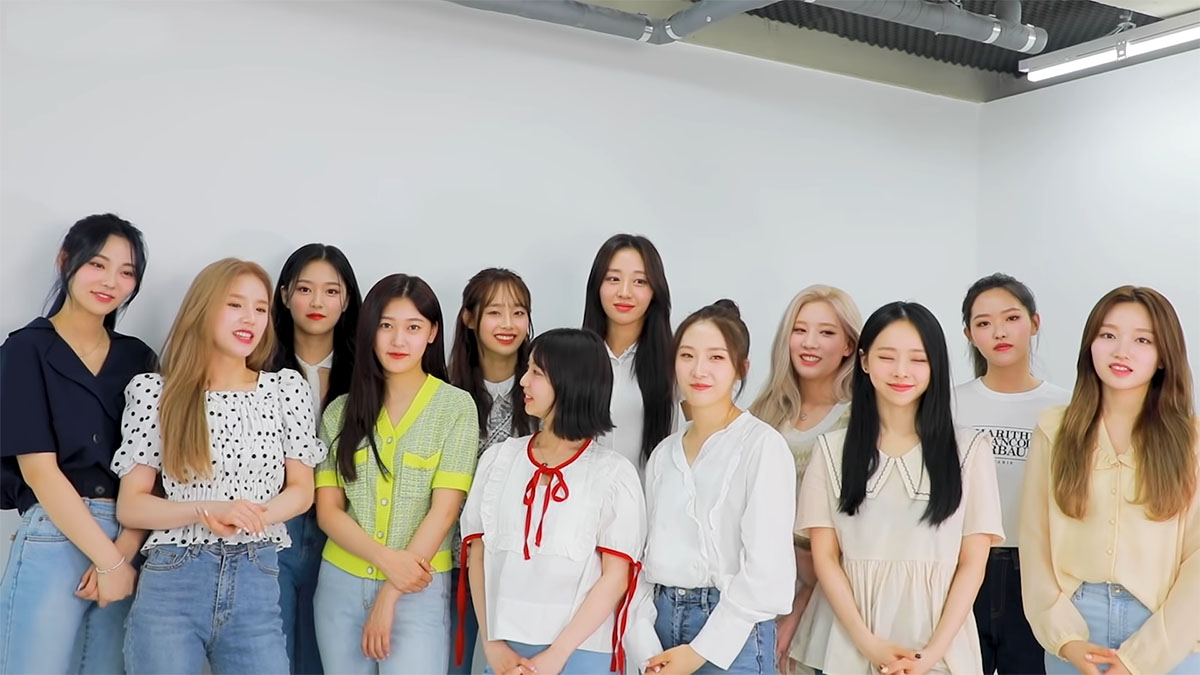 On Nov. 25, news broke out that BlockBerry Creative would be terminating its contract with LOONA‘s Chuu, following a panoply of situations that led to her removal from the South Korean girl group, including accusations of staff mistreatment and violent language.

LOONA, which has been active since 2016, consists of eleven members — formerly twelve — and they are currently one of the biggest all-female acts in K-Pop. The group was formed under the Blockberry Creative label, and they have currently over 50 physical albums under their name, including single albums, EPs, and subunit records. The group was also named the new ambassador of Korean culture abroad in 2021, furthering the group’s increasing popularity.

Due to their global success, LOONA’s controversies behind the scenes are completely shaking the music world of K-Pop, and here’s what’s happening.

Why was LOONA’s Chuu removed from the group?

As per the official statement by Blockberry Creative, Chuu’s “violent language and misuse of power toward [the] staff,” made up the reasoning behind the singer’s removal from the former 12-member group. Just a few months prior, the company had also put out a statement denying Chuu’s rumors of transferring to another agency. Immediately after the announcement, netizens quickly jumped on the bandwagon and took to social media to place their targeted criticism. Fans shared their thoughts regarding the agency’s decision, accusing BlockBerry of covering their own agenda after Chuu publicly criticized the company.

In March 2022, South Korean media outlet Wikitree affirmed, through an exclusive report, that Chuu had filed a lawsuit against Blockberry, urging them to suspend her contract. According to the report by Korea JoongAng Daily, Chuu allegedly had ‘partially’ won that lawsuit against her company.

The allegations against the company did not end there. While at the South Korean talk show Dr. Oh’s Golden Clinic, Chuu admitted that she had not received an income in 2021, immediately alerting fans to the possibility that the company might not have been paying the members. All the accusations against the management agency led many fans to believe Blockberry released the official statement accusing Chuu of bullying to cover up the allegations made by the singer.

On Nov.28, Chuu finally commented on the situation through her personal Instagram account, where she posted a statement ensuring that she “[has] never done anything that will make [her] fans ashamed.” She also took the time to thank the fans who have stood up for her, regardless of any accusations.

According to a report shared by JTBC’s Entertainment News on Nov.28, nine members of LOONA — HeeJin, HaSeul, YeoJin, Kim Lip, JinSoul, Choerry, Yves, Go Won, and Olivia Hye — had filed provisional injunctions requesting for their exclusive contracts with BlockBerryCreative to be suspended as of 2022. These injunction requests would exclude HyunJin and ViVi.

The reasoning behind the injunctions was allegedly the member’s lack of trust in their agency. This would mean that any future activities between the group and Blockberry Creative would prove to be difficult, and for this reason, it would justify ending the contracts in the near future.

Blockberry Creative has since denied all allegations that nine of the members from LOONA had filed provisional injunctions, in addition to requesting that former member Chuu presents all evidence pointing towards her innocence if she wishes to clear out her name.

Several fans have brought light to Blockberry Creative’s disreputable actions behind the scenes. According to the information database run by South Korea’s National Tax Service, co-CEO Lee Jong Myung, owner of a business called ‘Ilkwang Silver Care Center,’ is listed as having evaded approximately 30 billion KRW (around $22.5 million USD) in taxes since 2003. On a similar note, the same company’s COO Lee Kyu Tae is listed for evading approximately 19.9 billion KRW ($15 million USD) in taxes since 2004. On the same website, both CEOS are publicly listed as “high-income tax evaders,” allegedly proving their lack of transparency.

Tax evasion is an incredibly serious offense in South Korea, which provides a reason for those who believe Blockberry Creative engages in questionable acts against the entertainers listed under the company. For this reason, many fans believe that these actions further the suspicion that the allegations against former LOONA member Chuu are completely false as they continuously attempt to evade any allegations made against the company.

K-Pop agencies provide some of the most powerful names in the entertainment industry, and for this reason, it becomes particularly difficult to provide strong evidence against such powerful household names. While it is unsure how this situation will hold, many believe that LOONA might disband in the near future. Chuu’s future, however, is rumored to be in the hands of BY4M Studio, the singer’s new alleged management agency.