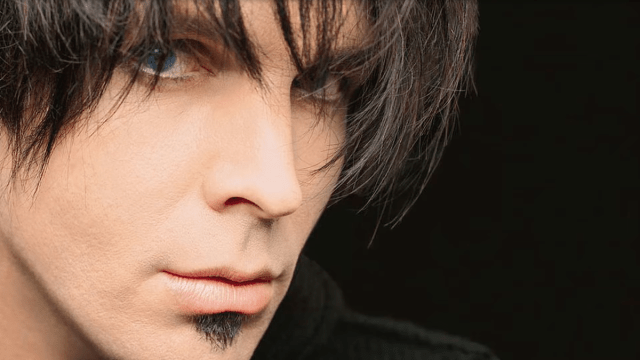 Many artists, regardless of their respective mediums, do sometimes decide to attempt a change of pace when it comes to the art they put out there in the world. Photographers might decide to switch things up by going from black and white imagery to vibrant color for once. Or, a hip-hop dancer might one day try to weave a little bit of some ballet elements into their repertoire, for the first time ever.

Even musicians have been known to mix things up sometimes. Some singers of a particular genre, like pop music, will record a song with someone who’s only done country. Or instead, that same singer might try to include some new instruments in their musical ensemble that they might not have used before – for a fresh, new sound. They might even change their personal fashion and start wearing different outfits from what their fans were once used to seeing. But changing a whole persona?

Well, not many musicians will take on a whole new identity for a change of artistic pace. But award-winning country music superstar Garth Brooks did. The guitar-playing legend once went completely against the grain by taking on a whole alter ego. He changed his hairstyle and outfits, and even released an album under the name of Chris Gaines.

And the rest is truly history.

Who was Chris Gaines?

In 1999, Garth Brooks and his production company, Red Stroke Entertainment, began to develop a film project that was meant to be a dramatic portrayal of a popular rock-and-roll musician named Chris Gaines. It was given a title, The Lamb, but not much else detail at that point. Gaines was Australian, had darker hair, and even a soul patch, not quite the features Brooks’ fans were used to at all. Every detail about Gaines was created by Brooks himself, apart from the songs, which were written by several other songwriters, including country music superstar Trisha Yearwood, who would later become Brooks’ wife.

To build hype for the upcoming movie, Brooks embodied the role of the fictional rock icon by releasing an album, Garth Brooks in… The Life of Chris Gaines, in October of that year. The album was tied into the planned film that at that time, had no projected release date. Brooks even appeared as Gaines on VH1’s popular documentary series, Behind the Music, as well as appearing as Gaines in the role of Saturday Night Live’s musical guest, during an episode that Brooks actually hosted himself.

The public’s reception of Gaines

Brooks’ try at music outside of the box, unfortunately, fell flat among most of his listeners. The masses weren’t ready and ultimately didn’t accept Gaines. Sure, Brooks’ fans gave this new style a try as the album actually went to number two on the Billboard 200 charts. However, the people who purchased the album were quickly disappointed and genuinely confused. It was rumored then that even his most loyal fans simply didn’t catch on to the fictional aspect of Gaines, instead, they easily thought that Brooks was genuinely going off the deep end by changing his whole life around.

As for The Lamb? Brooks’ production company focused more on the marketing and promotion of the music, forcing any basic foundations of even just the movie’s pre-production to fall to the wayside. By early 2001, anything involving a potential movie seemingly stopped and the life of Chris Gaines quickly went from destined to disappearing.

But it wasn’t a total waste. The single “Lost in You” did make it to the Billboard Hot 100 Top 40 charts, which is still Brooks’ only track in his career to appear on that list. The song even went gold the year it was released. The album as a whole did reach platinum status in Canada and double-platinum in the United States as well.

And for those die-hard fans of Gaines, they can rejoice knowing that there’s a documentary called Garth Brooks In… The Life of Chris Gaines. It was broadcast on television, featuring a blend of both related concert material and behind-the-scenes footage of the project as it was. However, despite Brooks revealing in 2021 that a re-release of the Gaines album was forthcoming, nothing new has come to fruition.