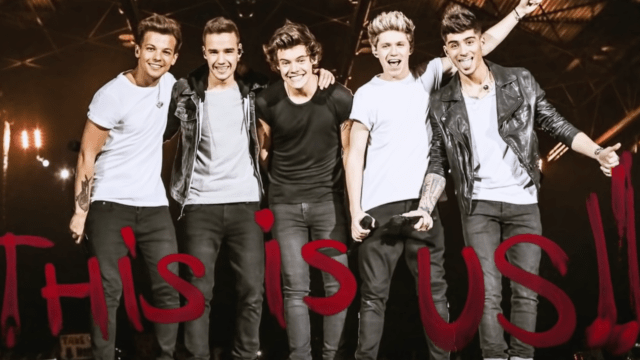 Ever since Zayn Malik left One Direction in 2015, Directioners have speculated as to how well the X Factor-formed group truly got on during their time as the world’s biggest boy band. When the remaining four members—Louis Tomlinson, Liam Payne, Niall Horan, and Harry Styles—announced a “hiatus” in early 2016, Directioners hoped that the boys could at least find a way to look past the chaos of their tenure as a band and remain friends.

All members have gone on to have solo careers with varying degrees of success, and the boys are busier than ever carving out their own individual niches. Recently, Tomlinson released his second studio album, Faith in the Future. While on the promo circuit, interviewers naturally ask about his relationship with his bandmates. All this talk of One Direction during Tomlinson’s press run has made us curious: Is he still friends with any of his former members?

Who is Louis Tomlinson still friends with from One Direction?

In a recent interview with ET Canada‘s Morgan Hoffman, Tomlinson talks about undergoing experiences that have caused him to grow more mature, and the process of making his new album. Eventually after talk of touring and fatherhood (Tomlinson has a 6-year-old son named Freddie), the conversation strays toward the subject of his One Direction days. Hoffman asks if Tomlinson still keeps in contact with any of his former bandmates, to which the singer responded warmly that the boys do in fact keep in contact, and they text each other in support of big projects such as new albums. “We’re brothers. We experienced so much together, so I think it’s important we do that for each other,” the “Silver Tongues” singer confessed.

Tomlinson’s friendship with his One Direction bandmates Styles, Payne, and Horan is well-documented. His relationship with Styles has seen ups and downs, in no small part thanks to relentless conspiracy theories that the two have been a secret couple for years. In an interview with The Telegraph, Tomlinson mentioned feeling jealous of Styles’ success, but over time, he’s come to appreciate his old teammate. “I look on Harry like a brother, man. I have a lot of pride for what he’s doing.”

Both Tomlinson and Payne have become even better friends since the band’s hiatus. The two have similarities in their personal lives as they both became fathers within a year of each other. In 2019, Tomlinson admitted to Capital FM that Payne is the bandmate he talks to the most. Ironically, the two initially hated each other when the band was formed, but now their bond is the strongest.

Tomlinson and Horan keep in touch as well, although it doesn’t seem to be too often. The pair performed separately at an event in Mexico and were photographed hanging out backstage. The two seem to be on good terms as Horan posted the photos of their reunion on his Instagram.

The only One Direction member that Tomlinson has a shaky relationship with is Malik. The two got into a public Twitter beef over the producer, Naughty Boy, which is still surreal even in 2022, and their friendship has never recovered. On a Sept. 30 episode of The Zach Sang Show, Tomlinson told Sang he’d “have to ask” Zayn if the two were still friends and recalled his answer from a previous episode: “I believe I said I don’t think I’m mature enough to get over what’s frustrated me in that relationship.” He admitted to attempting to reconcile with Malik and said he’s open to a friendship “in time” and that “social might be the way” to a renewed relationship.

While a One Direction reunion might not be in the cards for now (though we can dream), it’s nice to see that at least Tomlinson is on good terms with the majority of the band. Hopefully, One Direction can make a full comeback in the near future, but for now, we’ll enjoy the great solo endeavors the boys release.