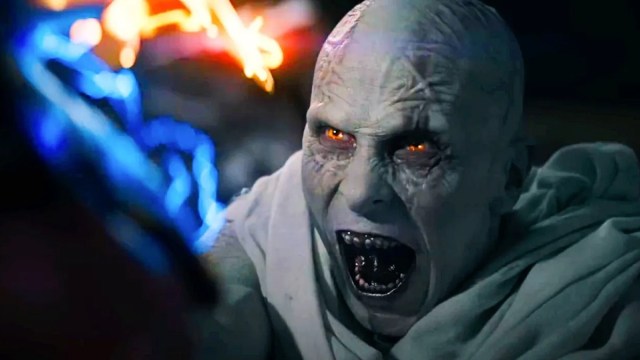 It’s common knowledge that major studios treat VFX teams like garbage. Hours are long, conditions miserable, morale is low, and too much work is being squeezed into too little time. Sadly, Marvel Studios seems to be especially poor in this regard, with a recent Reddit thread containing many aggrieved anonymous VFX artists, with some saying the studio has caused breakdowns, leading to some leaving the industry altogether.

That may be underlined by a post on Instagram from artist Christopher Stanley (aka cosplay_chris), who revealed he spent “about 100 hours” working on a Thor: Love and Thunder character, and wasn’t even included in the credits:

Not getting a nod in the credits might not seem like such a big deal (Stanley shrugs it off as “the nature of the bizz”) but it is important to credit people for their work – particularly if they actually build a character seen on screen in the final cut.

Most of this poor treatment of VFX artists stems from it being one of the few aspects of filmmaking that remains non-union. Directors, actors, writers, and crew all have their own professional bodies ensuring that their members’ interests are looked after, properly paid for the hours they work, and that they’re credited for what they do.

There are several hurdles to get over (the trickiest is that VFX is so decentralized and international) but steps are being taken to form animation and visual effects unions. Let’s hope they get off the ground and these talented people get the credit they deserve.

Thor: Love and Thunder is now in theaters.