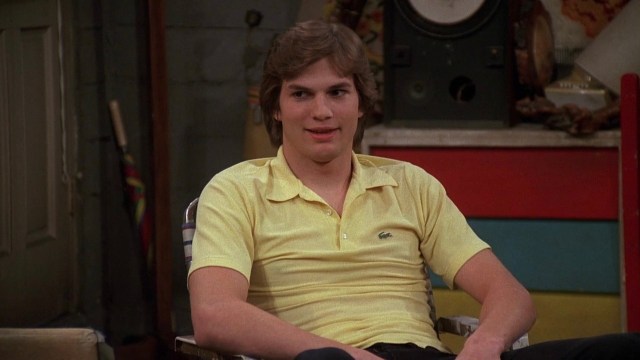 Ashton Kutcher is set to appear as a guest star in upcoming Netflix sequel series That ‘90s Show, and he’s had nothing but positive words to say about his return. The comedy is the continuation to the sitcom That ‘70s Show, in which he starred as the lovable Michael Kelso. The role ultimately became his breakthrough, and gave him a significant career boost.

In a conversation with Variety, Kutcher shared that he and his wife Mila Kunis, who also starred in the original sitcom as Jackie Burkhart, were delighted to appear in the offshoot, sharing that they are both so grateful for the impact the success of the fan favorite had on their respective film and television careers.

“Mila and I were contemplating it. We thought, ‘Listen, we’re only in the position that we’re in because of that show, so let’s just go back and do this. We just went back and had fun for a week. It was so random and fun.”

Both Kutcher and Kunis are just two out of several original cast members that will guest star in the upcoming series, with Topher Grace, Laura Prepon, and Wilmer Valderamma set to return as Eric Forman, Donna Pinciotti, and the flirty foreign exchange student Fez respectively.

That ‘90s Show will follow Eric and Donna Forman’s daughter Leia (played by Callie Haverda) as she spends the summer of 1995 making new friends and living with her grandparents Kitty and Red, played by original cast members Debra Jo Rupp and Kurtwood Smith.