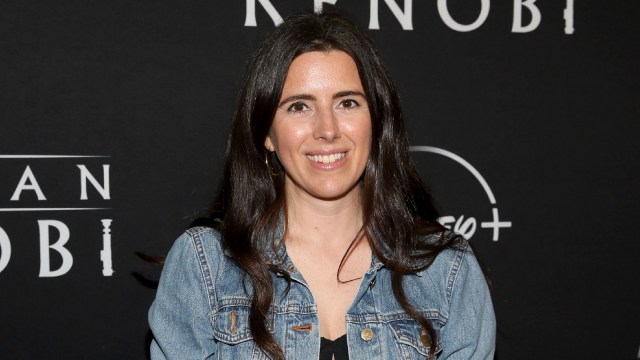 Natalie Holt, the composer for Loki and the now-cancelled DC film Batgirl, shares her dissatisfaction of the latter movie being pulled from release with none other than Batman composer Danny Elfman.

Not only did we get deprived of Leslie Grace’s performance as Barbara Gordon, AKA Batgirl, but Michael Keaton’s reprisal of Bruce Wayne, AKA Batman. Had the film been released on HBO Max for a straight-to-streaming exclusive, as had originally been planned, we would’ve seen Keaton take up the mantle of Gotham’s Dark Knight 30 years after his last portrayal in 1992’s Batman Returns. In honor of such a momentous occasion, Holt took the initiative of requesting to meet with Elfman to receive his blessing for reprising his Batman theme in Batgirl, which he did, according to The Hollywood Reporter.

Apparently, Holt met up with Elfman once again recently because she posted a selfie of the pair on her Instagram. The two wore sour expressions and included the caption: “This is what me and Danny Elfman think about Batgirl being cancelled (but what a fun afternoon).”

Over on Twitter, where Holt also posted the photo, one fan admitted they weren’t particularly excited for Batgirl but nonetheless think it’s too bad that the public will never be treated to what is in all likelihood an exceptional score.

“I always get excited about any fresh Bat-related scores that incorporate Elfman’s themes and so its a shame we won’t get to hear the music that was lined up for this.”

“Your Loki score absolutely rules,” another Twitter user wrote in a nod to Holt’s twice-Emmy-nominated score for the Marvel Disney Plus show.

In a deep cut, another Elfman fan praised “his theme from The Flash on CBS in 1990.”

To this day, it’s not entirely clear why Batgirl was shelved at the last minute despite being nearly completed. However, this decision coincided with a newly-minted CEO of Warner Bros. Discovery, David Zaslav, making a strategic shift toward theatrical film release — rather than straight-to-streaming originals.

Regardless, when news broke of Batgirl‘s cancellation in early August, there was a backlash amongst DC fans and those who wanted to defend the hard work of the of filmmakers, cast, and crew. Holt, who also composed the score for the Disney Plus Star Wars show Obi-Wan Kenobi, remarked to THR about the public’s response, “There has been quite a lot of support for the project. It’s just nice for us all who put so much time into it, to know that people care.”