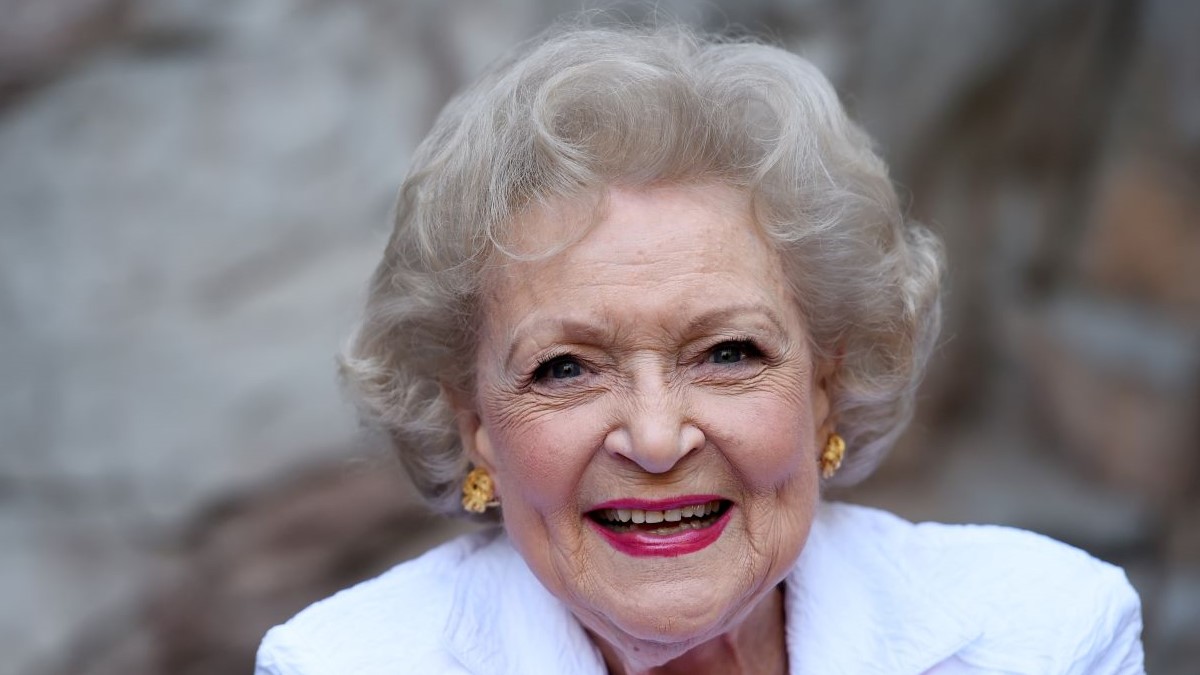 When a breaking news alert appeared on Dec. 31, 2021, no one was ready for the news that Betty White had passed away. In what felt like the last sucker punch from an already unkind year, the world lost its favorite Golden Girl, and it seems like we’ve never truly recovered from it.

White was born on Jan. 17, 1922, making her 99 years old at the time of her passing. Even then, it somehow felt untimely. How could the entertainment realm continue without the contributions of someone who impacted it so much? Ahead of the pandemic, White was set to appear in a Lifetime Christmas movie, still working within two years of her passing, at nearly 100. While COVID-19 ultimately stole her last film role, we can revel in the fact that she would have blessed us with a holiday film to treasure if she’d had the chance.

This morning, White’s assistant and close friend Kiersten Mikelas shared a note in White’s handwriting. She loved the poem Mikelas found in some of her belongings after passing, and she shared that whenever White loved a poem or piece of literature so much that it moved her, she wrote it down in her handwriting, thus linking it to herself forever.

Fans everywhere still struggle with the idea that she’s gone, which speaks to her legacy that 99 years wasn’t enough.

Kicking off her career in 1945 with a short film before her TV start with Hollywood on Television, she wasn’t just a part of the entertainment industry for decades; she was its sweetheart. White grew up before us, forming bonds, falling in love, advocating for animals, and being a friend to anyone who needed it. The Golden Girls may not have begun airing until 1985, but its theme song was on brand for everything White stood for. She was indeed a special lady.

While her long life didn’t feel quite long enough, we can look back at her film and television catalog and spend many an hour laughing and enjoying the roles she left behind. From the beloved Rose Nylund and Mrs. Delores Bickerman to Ellen Harper Jackson and Elka Ostrovsky, we have many options to tune into when we need a pick-me-up.

Like this Golden Girls moment when Rose was talking about “The Great Herring War” with Blanche and Dorothy, and none of us could keep from laughing so hard we cried, including Bea and Rue.

Or the special dance White’s character did in the woods in The Proposal, one of our favorite rom-com’s of all time.

In addition to her lengthy career in entertainment, White was also a defender of anyone who needed it, be it human or her animal friends. As a budding icon in the early 1950s and 1960s, White stood against racial and gender inequalities, inviting Arthur Duncan to stay a dancer on her show when she was asked to remove him instead. She said that the network could deal with it and didn’t flinch when she received backlash for her decisions.

A lover of animals and someone who strived to educate those around her about their health and wellness, White partnered with several animal rescues, organizations, and zoos across America in an attempt to give them better lives. She made several comments about her love of animals throughout her career, but one of the most prominent reads as follows:

“Animals don’t lie. Animals don’t criticize. If animals have moody days, they handle them better than humans do.”

She also frequently said that animals were more fun to be around than people and shared that her money made in entertainment paid for her various animal businesses. Making an impact was something White did, often without even trying, because the size of her heart was so significant. She wanted to love relentlessly and share kindness with everyone, inspiring us all to do the same.

Fans of White also pointed out that it’s heartbreaking to end the year honoring her passing while also paying homage to Barbara Walters, another iconic woman in television who passed away just yesterday. The images side by side are enough to bring tears to our eyes, and let’s face it—they did.

In perhaps the most heartwarming interview snippet of White’s career, White was asked during an interview with Inside the Actor’s Studio what she hoped would be said to her when she passed on. Her response was heartwarming.

Here’s to Betty White, now and forever. Thank you for being a friend.