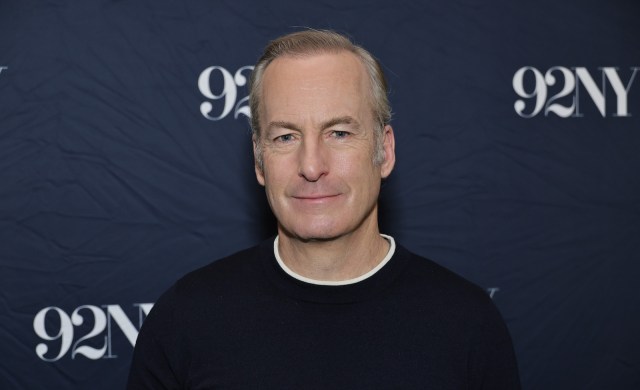 Amidst an array of snubs at the 2022 Emmy Awards last night, television fanatics were most dismayed after Better Call Saul star Bob Odenkirk did not take home a single award — despite the Breaking Bad spinoff airing its final season this year.

Despite the unexpected rebuff, the 59-year-old actor took to his official Twitter account last night to properly thank those that have helped and supported him and the crime series since its debut on AMC back in 2015 — which includes co-star Rhea Seehorn, who portrayed Saul’s ex-girlfriend Kim Wexler.

Odenkirk’s post of gratitude featured an adorable photo of the beloved duo at the Emmys last night, which was likely taken at some point either before or after the aforementioned snub. The acclaimed actor was nominated in the Outstanding Lead Actor in a Drama Series category for his leading role in Better Call Saul, although Squid Game’s Lee Jung-jae would take home the award, which was undoubtedly well-deserved.

Still, Odenkirk’s presence in the hit series was definitely the driving force behind the project, and his strong acting prowess can be attested for the show’s ever-popular success and recognition over the years. It’s worth noting, as well, that Breaking Bad star Bryan Cranston won a handful of Emmys for his role as Walter White when the show was airing — which included an Emmy win in the same year that the show concluded.

This accomplishment has been largely compared to Odenkirk, with plenty of folks believing that he should have won the Emmy for Better Call Saul’s final run, much like his Breaking Bad universe counterpart. Nevertheless, folks can enjoy the performance personally by watching Better Call Saul on Netflix and AMC Plus.