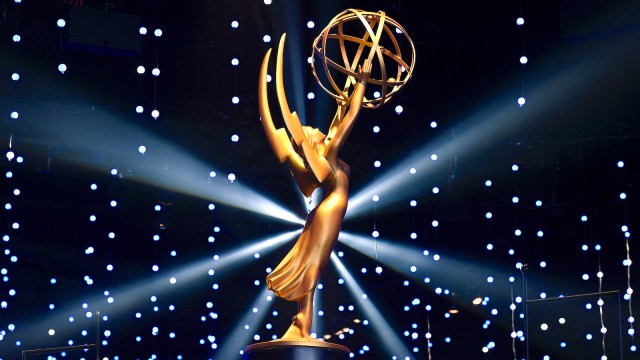 The 2022 Emmy Awards have come and gone, bringing with them some exciting triumphs for the world of television and those who make it.

Double nominee Sydney Sweeney did not take home any awards tonight, but her Euphoria co-star Zendaya made history with her second win for Outstanding Actress in a Drama Series, becoming the youngest two-time Emmy winner in history and the first Black woman to win the award twice. Equally exciting was Quinta Brunson’s Outstanding Writing for a Comedy Series win for Abbott Elementary and⏤expected though they were⏤return wins for Jason Sudeikis (Ted Lasso) and Jean Smart (Hacks) in the Outstanding Actor and Actress in a Comedy categories, respectively.

Brett Goldstein surprised absolutely no one with his second Emmy win in a row for Ted Lasso, nor did John Oliver for Last Night Tonight with John Oliver (does the guy ever not win?). Fans were disturbed, however, to see the Squid Game doll⏤yes, that one⏤live in living color on the Emmy stage when co-stars Lee Jung-jae and Jung Ho-yeon came out to present the award for Outstanding Variety Sketch Series, but not before playing a quick game of Red Light, Green Light.

As most award shows go, the night was not without its surprises. Julia Garner took home Emmy gold for Outstanding Supporting Actress in a Drama Series for Ozark, which fans wasted no time declaring a robbery since it meant Jung Ho-yeon did not win for Squid Game. Moments later, Sheryl Lee Ralph won Outstanding Supporting Actress in a Comedy for Abbott Elementary, beating out Hannah Waddingham (Ted Lasso) and Hannah Einbinder (Hacks) and delivering a speech for the ages that included a show-stopping musical number.

Kenan Thompson pulled no punches as the ceremony’s host, roasting Netflix and Leonardo DiCaprio in equal measure and famously reuniting with his Good Burger co-star Kel Mitchell as part of the night’s shenanigans. Oscar winner Geena Davis became the recipient of the 2022 Governor’s Award for promoting gender balance and equality in the entertainment industry via her Institute on Gender in Media, and viewers were even treated to a reunion from The Brady Bunch.

The biggest winner of the night was HBO’s The White Lotus, which took home awards for Outstanding Limited or Anthology Series, Best Writing (Mike White), Best Directing (also White), Best Supporting Actress (Jennifer Coolidge, who gave quite the speech), and Best Supporting Actor (Murray Bartlett). It was a refreshing night for television⏤even Lizzo won an award⏤and a reminder of just how much quality television there is thanks to the exactly one million streaming services now at our fingertips.

Read on to view the complete list of winners and nominees.

Outstanding Writing for a Drama Series

Outstanding Directing for a Drama Series

Outstanding Writing for a Limited Series or Movie

Outstanding Directing for a Limited Series or Movie

Outstanding Writing for a Comedy Series

Outstanding Directing in a Comedy Series

Outstanding Writing for a Variety Special