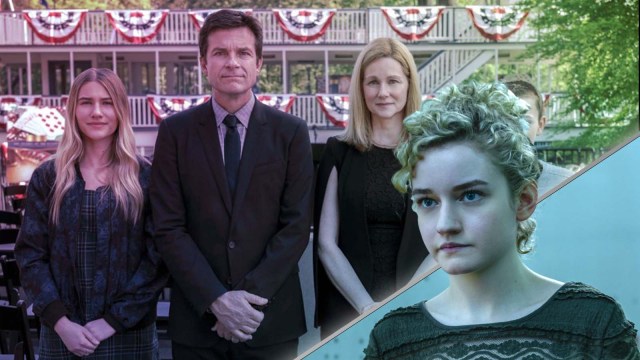 Call it an actress’ intuition, but Emmy-winning actress Julia Garden has actually revealed the very moment she discovered her Ozark fate, and much to everyone’s surprise, it had nothing to do with the script.

Julia Garden took home her third Supporting Actress in a Drama Series Emmy last night. With it, she left behind an interesting and mystical explanation of how exactly she found out her character, Ruth Langmore, would be killed off. Speaking to Deadline, she said:

“It was really strange when I started filming it, I do a lot of meditation work for my prep, and for some reason what I was seeing, not to get very dark, but I didn’t see Ruth having a very long life and being an old lady,” Garner said, adding that it “struck [her] as strange.”

Garner also recalls the moment Chris Mundy shared the news with the actress, saying “I woke up from meditation and Chris Mundy, our showrunner, said ‘I need to talk to you.’ I said, ‘Am I going to die?’ And he’s like ‘Yeah, you are.’ He said, ‘Who told you?’ I said ‘I was in meditation!’”

The actress has also commented on the important role Ruth had in her life, mentioning the enormous impact this character had in her career and as a human being.

Garner has been a part of the Ozark cast since the show’s premiere in 2017, bringing life to the 19-year-old with a mouth of a sailor, Ruth Langmore. In Season 4, Garner finally says goodbye, in a moment she recalls as being “bittersweet”, to Ruth in an altercation with the new mafia boss Camila Navarro, leaving the show in the hands of her co-stars Jason Bateman, Laura Linney, and Sofia Hublitz for the remainder of the season.

Ozark recently saw its ending alongside Garner’s character, coming to an end after four seasons. The show can still be found and streamed on Netflix.