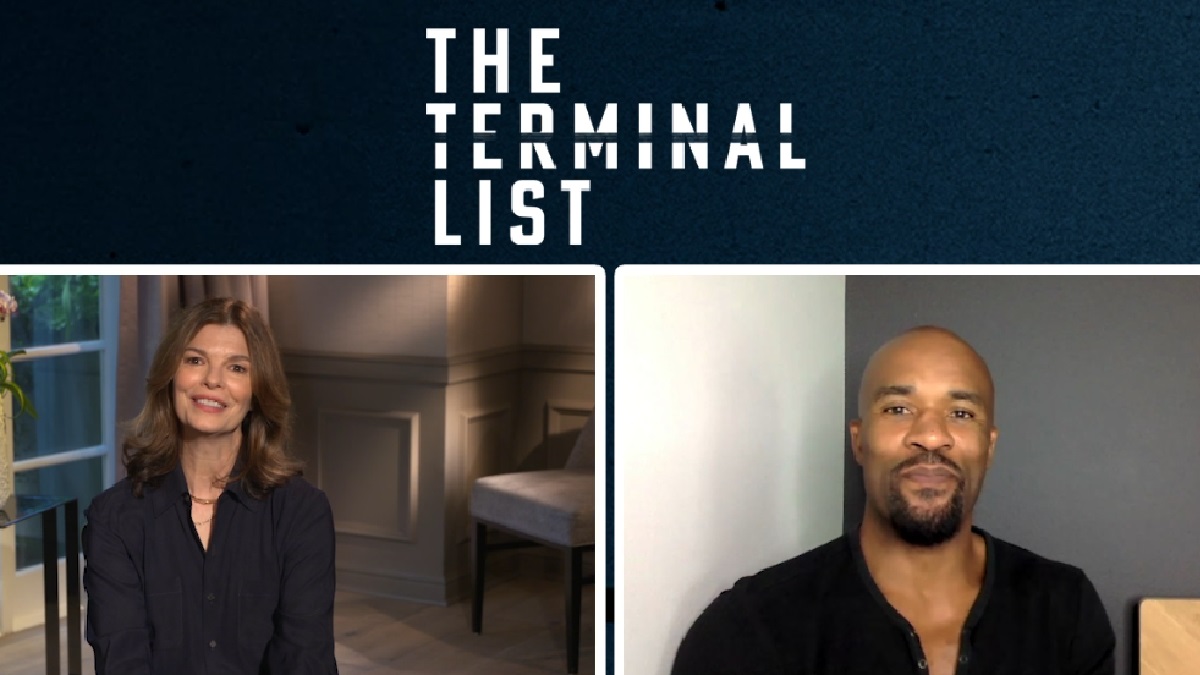 Between the two of them, Jeanne Tripplehorn and LaMonica Garrett have starred in some of the most widely-known, popular, and beloved TV shows of the modern era, but they haven’t appeared in anything quite like Prime Video’s The Terminal List.

The blockbuster-sized series, which premieres tomorrow, stars Chris Pratt as vengeful Navy SEAL James Reece, who returns home seeking answers after his entire platoon is killed during a covert mission behind enemy lines that went terribly wrong. Not only is he questioning his own recollections, but he doesn’t know who to trust, which is where Tripplehorn and Garrett come in.

Ahead of The Terminal List coming to streaming on Friday, July 1, We Got This Covered had the chance to talk to Tripplehorn and Garrett about their roles in the show, the difficulties in trying not to play their hands too early in terms of performance, and what made their experience stand out from their previous work on the small screen, which you can check out below.

Cox and Hartley aren’t what you would call “big” or “showy” roles, but they’re both integral to the story as it progresses. How did you approach building those characters either in your head or during your performances, when often you’re required to convey a lot with very little?

Jeanne Tripplehorn: LaMonica, do you want to start?

LaMonica Garrett: Yeah! That’s a good question. We talked… me and Jeanne talked about this earlier. There were spans when we weren’t working for a little while, you know? There’s so many different things going on in the episodes, and you might not be around, staying in that same headspace.

But it’s important for us to know where the arc is going, and where the characters are going, from the beginning. So you know how to bring it along, and not give away too much too early, or not enough in the beginning and have nowhere to go later. So, just the fact of having those scripts all in your hand at once, because a lot of episodic television; that’s not the case.

Like they know episode to episode what’s going to happen next. And some people, some actors, don’t know that on the shows that we’re on. So it helped that we had that, knowing where it was going to go to, you know, for our performances. Mine. I imagine it’s the same for Jeanne.

That was another question I was going to ask, because there are a lot of twists and turns across the episodes that aren’t obvious at first, but eventually reveal themselves. So the fact that you had the scripts, did that make it easier for you performance-wise not to play your hand too early in the way you approached your performances?

Jeanne Tripplehorn: I think, as actors, you really need to know your end point, where you’re going, so that you can adjust and calibrate your performance. And also just, to be the character in that moment, you need to kind of to be able to see where you’re going. You have so much to say.

LaMonica Garrett: No, absolutely. Like, the long game. If you’re here for just one or two episodes, then you might not need as much. But if you’re going to be around and if you’re an integral part of the show, then you’re going to need to know the landscape of where you’re headed before you could start taking the first steps.

Between the two of you, you’ve both got a lot of high-profile TV experience. Where there any scenes, moments, or memories in particular that stuck out from shooting The Terminal List that you’d never experienced or never seen on a set before?

Jeanne Tripplehorn: Um… not really… I mean, we haven’t touched on it. I mean, it was just, it’s wild. You know, we’re sort of still in COVID a little bit, but it was it was just a very different experience. If you’ve been doing this for a while, and then to kind of shoot during this pandemic, made things interesting.

LaMonica Garrett: Yeah, agreed. And it was… there were certain challenges that weren’t there pre-COVID that are there now. So, tiptoeing around certain things and taking things head on, it was different. But that makes it even more important for the one, the main person on the show to lead, Chris, to be that leader, and to set the tone, and to navigate these problems.

Because I’m sure the problems that we heard about, there were 1000 times more that they just went and knocked out. And that’s what being the leader is. And him, and Antoine [Fuqua], David [DiGilio], they did all that.

It must be a nightmare for you guys to be doing press and not being able to talk about spoilers.

The Terminal List premieres on Prime Video tomorrow, July 1. For more on the show, be sure to check out our interview with Chris Pratt and Taylor Kitsch, JD Pardo and Constance Wu, along with our chat with author Jack Carr, executive producer Antoine Fuqua, and showrunner David DiGilio, while you can catch our review of the series here.