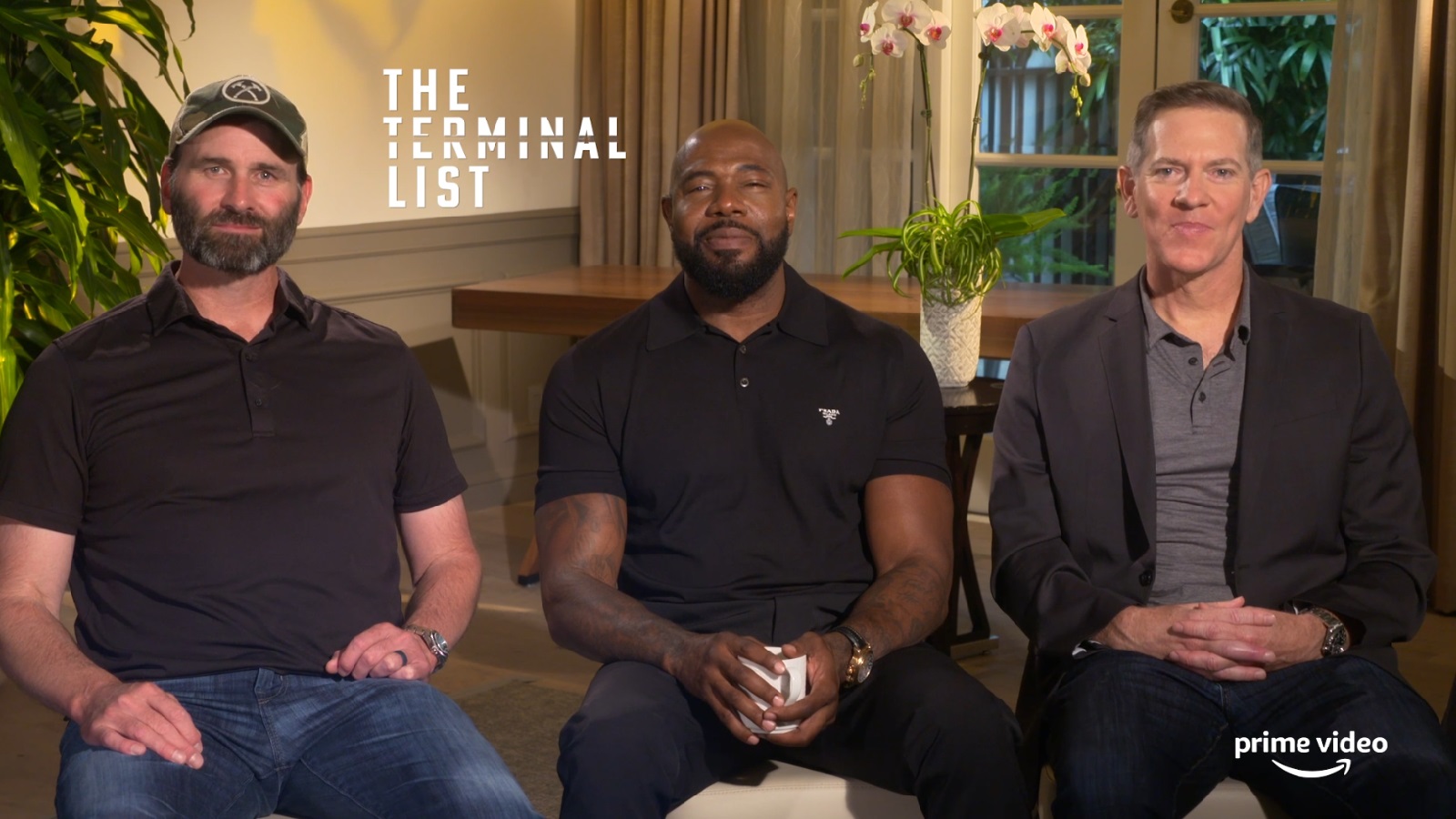 The era of Peak TV we’ve been living in for a long time shows no signs of ending, with Prime Video’s upcoming series The Terminal List the latest in a long line of blockbuster-sized episodic projects to draw in a raft of A-list talent.

Adapted from the book by former Navy SEAL Jack Carr, Chris Pratt stars in the lead role of James Reece, with the Guardians of the Galaxy star also executive producing through his Indivisible Productions banner. Also listed among the producorial team is filmmaker Antoine Fuqua, famed for directing a string of hits including Training Day, The Equalizer, and Netflix’s acclaimed recent thriller The Guilty, who also helms the pilot episode.

Ahead of The Terminal List‘s premiere this coming Friday, We Got This Covered had the chance to speak to Carr, Fuqua, and showrunner David DiGilio about the hotly-anticipated series. During our chat, we dived into the cinematic quality of the eight episodes, how author Carr knew his novel was in the right hands, and some personal standout moments from production, which you can check out below.

It sounds like a cliche, but every episode of The Terminal List really does feel like its own mini-movie, with a different tone, style, and setting. Was it always a key part of the development process to ensure each hour had its own “flavor”, so to speak?

Antoine Fuqua: Yes it was!

And then on the film side, we wanted to honor some of the greatest action films ever made. We have episodes that are an homage to First Blood, to Heat, we really looked at that as a way to tell a story in eight chapters, giving a little bit of surprise to the audience in each step of the way. And yet, you have these characters that are the unifying theme throughout.

Jack, the books and their content is obviously very personal to you, so what was it about the pitch from the team that let you know they were the right guys to bring The Terminal List to life?

Jack Carr: Well, it was two words; Antoine. Chris. That’s it right there! They’re the only two people that I thought about as I was typing away. Before they’d ever heard of me, before Simon & Schuster had ever heard of me. These are the people that I thought about bringing this story to life, Antoine directing, and Chris starring as James Reece. And I never deviated from that.

And that’s because I’m such a fan of Antoine’s work, and such a fan of where Chris was going, because back then he hadn’t done Guardians of the Galaxy, hadn’t done Jurassic World, hadn’t done Avengers. He’d done Parks and Rec, and had a very small part in Zero Dark Thirty as a SEAL. So I saw that transformation. So to be able to turn this over, and hand it to to Chris and Antoine, and then for them to bring Dave on, and for us to get together and talk, and then really form this bond and this team, and the trust that developed over the last few years as we’ve been working on this project. I mean, I’m just humbled to be a part of it.

Were there any moments on set or during development and shooting that stood out to you in particular, when you stood back and thought; “We’re definitely onto something special here?”

David DiGilio: I mean, that’s really… there were so many moments, I think, where you kind of stopped and pinched yourself. But I’ll throw one out there. Because we were all there. The opening set piece of this show is an incredible mission and operation shot in a kind of super subjective fashion that Antoine built with our DP, Armando Salas. And we were shooting nights, five nights in a row, in one of the most famous water tanks in Hollywood, on the Paramount lot.

And everybody was there, rolling up the sleeves, getting into it. And I was like; “This, this is something special”. Like in that moment you saw… because it’s very painful to shoot five nights in a row, very painful. But the product was remarkable shot after shot. We were all going, “Oh my god, you’ve never seen this before.

Antoine Fuqua: For me, it was during that whole time we had all the SEALs there, our consultants, all the guys are there. And I met Jack that night. And that meant a lot to me, that was the best… a special moment for me, you know? And to sit at the monitor with Jack and look at it, and get his nod of approval on certain things, and we’d smile at each other. It was beautiful for me after that, you know, I didn’t mind the work!

Jack Carr: Incredible. Awesome. Awesome. You know I’ll say the same thing because I walked onto that set; it’s my first experience in this world. And I walk on to this set, and I can just tell it this is something special. And it seems like a military operation. I feel right at home. One; because a lot of my friends are actually in it as SEALs.

And I see Antoine at the top as that commanding officer. I see Chris here as the tactical-level leader setting the tone. There’s a lot of similarities. As far as craft food services? You’ve got to feed the troops! You have an armorer just like you do in the SEAL teams. You have an explosive guy because we have big explosions, you have a breacher in the SEAL teams just like that. So there’s a lot of these positions that are very similar.

But then, also, it wasn’t just us on this team here. I had everybody from the teamsters, to the hair and makeup, to stunt people coming up and telling me, “Hey, I’ve been involved in hundreds of these projects. Nothing has felt quite like it feels here on this set”. So for me to have people seek me out, when they didn’t need to, and to tell me that it was obviously very personal for them and they wanted to tell me that. And you’ll see it in the final product. I think it really stands out. This was a team effort built on trust.

The Terminal List premieres on Prime Video this Friday, July 1. Ahead of the show’s release, make sure to check out our interview with stars Chris Pratt and Taylor Kitsch, as well as our conversation with JD Pardo and Constance Wu, while you can catch our review of the series here.