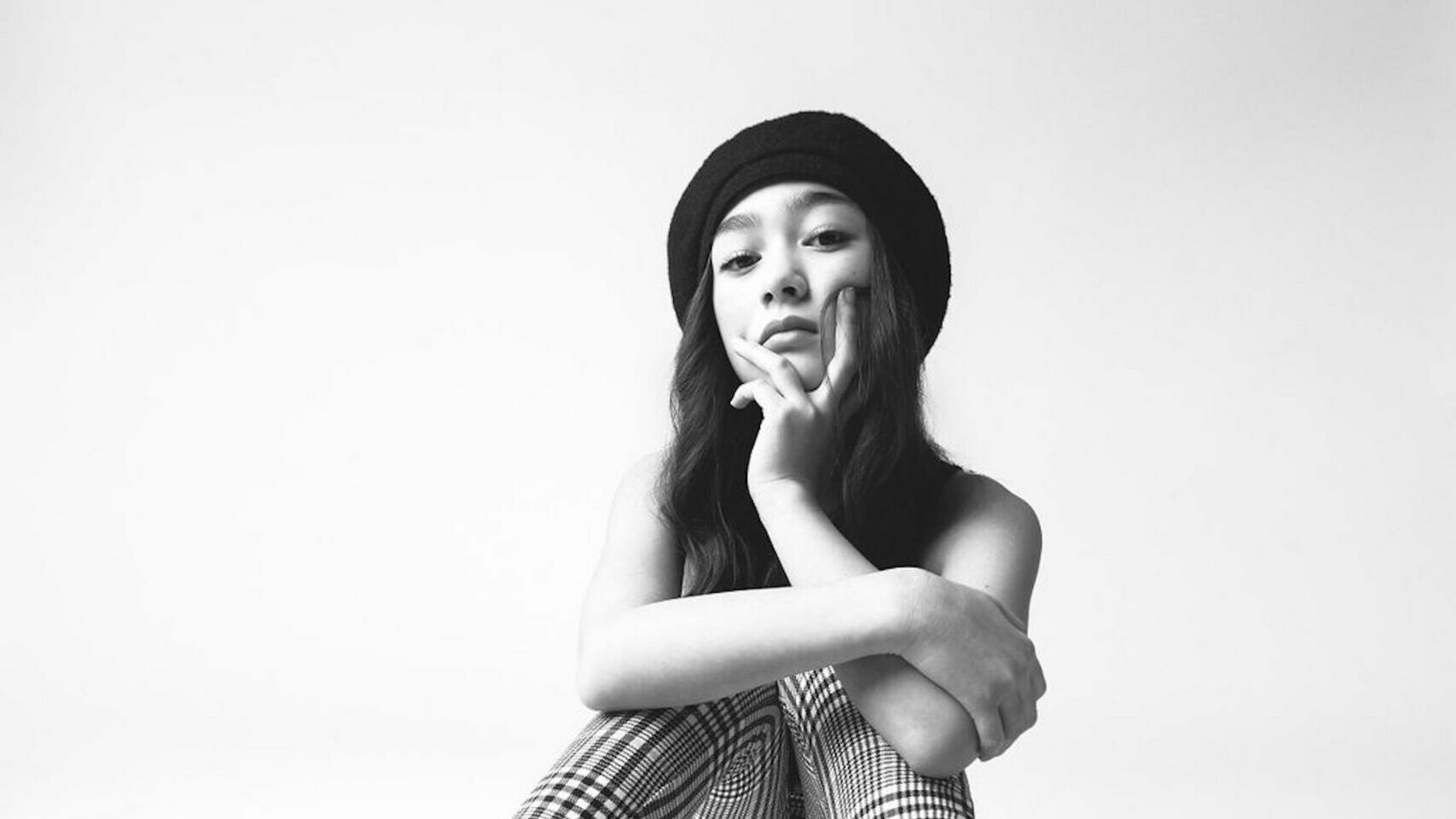 Apple TV‘s newest family series, Amber Brown, airs its first episode today, and the show is setting a precedent for storytelling and a family watch experience.

Based upon the best-selling book series of the same name by Paula Danziger, readers familiar with Amber Brown know the series will be a hit. In a world that seems more hyperfocused on peer pressure, perfect personas, and children being held to incredibly high standards, Amber Brown will bring some authenticity back to the family experience.

For those who have never sat down to read the books (they’re fun reads even for adults), Amber Brown highlights the story of a child experiencing the ups and downs of adolescence mixed in with the fact that her parents are going through a divorce. Brown uses art, music, and friendship to cope with life’s significant changes. Another change for Brown is life without her long-time best friend, who moved away. This is where Liliana Inouye‘s character Brandi steps in, and her growing friendship with Brown is a central part of the series.

We got to speak to Inouye about the exciting role she plays in Amber Brown as Brandi — one of the titular character’s best friends and closest confidants — and how she hopes the series will impact viewers of all ages.

WGTC: Amber Brown is a highly anticipated series and sounds like a great family watch — what initially drew you to the show?
Liliana Inouye: I initially auditioned for the role of Amber. A few weeks later, I got a request to audition for the role of Brandi, and as soon as I read the sides and the character description, I was like: “Brandi is so me!!!” It was such a fun part to audition for, and having previously tried out for the role of Amber, and seeing the relationship, in the script/sides between Amber and Brandi, I knew this was going to be just the most fun and sweetest project to be a part of.

Were you a reader of the books by Paula Danziger before hearing about the series? If so, which books were your favorite?
Inouye: No, I hadn’t heard of the book series before getting the audition. I think the books were popular a little before my time. But when I returned to my grandma’s house in Vancouver after shooting season 1 in Utah, she had a couple of the Amber Brown books waiting for me. It was so fun to read them. I have a feeling the books will rise in popularity again with the show.

If you could describe Amber Brown in three words — for those unfamiliar with it — what would you pick?
Inouye: Heartwarming, funny, honest

Your character, Brandi Colwin, plays the titular character’s best friend and is described as bubbly, independent, and quirky. What did you love most about playing the role of Brandi?
Inouye: I love the way that Brandi is so true to herself. She totally embraces her quirky personality and what makes her different. For example, if someone says something to her that is intended as an insult, she’ll just smile and say, “thank you!” She always has a way of turning things around into a positive. I also just love how she doesn’t conform to anyone else’s standards of “coolness.”

Brandi’s free-spirited personality was so fun to play.

Do you feel like you relate to Brandi in your own life?
Inouye: Yes! Brandi loves crystals, and I LOVE crystals. When we were shooting, I always had a selection of crystals on me. My wardrobe team had to find creative ways of attaching the crystals to me when my outfit didn’t have pockets.

I’m also pretty quirky and silly, like Brandi. We definitely have a lot in common.

It feels like young adults are more “peer-pressured” than ever in the digital age, where the desire to be liked and fit in is stronger. Do you hope that your character might be one that teenagers will look up to because she’s so unlike that? Was it important to you to bring that type of character to life?
Inouye: YES!!! I really think Brandi is such a strong female character and role model. She’s so unique in that she is so true to herself and so comfortable in her skin. Brandi actually makes the things that people might call her weaknesses — her strengths. She embraces her quirky self completely and is proud of what makes her different. She doesn’t conform to any popularity standards, and I think having kids see this in Brandi is so important. I really hope Brandi can help kids who feel alone and as if they don’t fit in understand that they’re cool just for who they are. When you’re you, you’ll find the people who like you for who you are.

Did you draw on any of your own experiences in school for the series?
Inouye: I haven’t been consistently in actual in-person school for three years!! Right before Covid hit the world, we were in London for a semester. Then there was Covid and distance learning, then filming Amber Brown and doing school on set, and traveling with my family in SE Asia and attending school in Thailand for a month and in Bali for another month. So… I guess the answer is that I did not necessarily have the opportunity to draw from my own experiences.

We read that you’re studying for your Bat Mitzvah right now — what has been the most enlightening part of that experience for you?
Inouye: Yes, my Bat Mitzvah is a month away! While I speak (conversational) Hebrew at home, the prayers and Torah portion seem to be in a completely different language! It’s a lot harder to understand Biblical Hebrew. One of the cool things, though, in talking about my portion and preparing to write my speech, is seeing how many different interpretations there can be for any part of the story and how it’s totally ok to question things and come up with my own interpretation! It’s also cool that it’s possible to make connections between things that happened thousands of years ago and my life today.

You’re also passionate about the environment, which is fantastic! What is one thing you’d tell people they could do today that would make a positive change in our world?
Inouye: Ride your bike instead of driving! And reduce your use of plastic — you can get a bamboo hairbrush, a bamboo toothbrush, a bamboo dish scrubber, etc.

You’ve grown up everywhere, from Israel to Portland, and different cultures throughout your life have influenced you — do you feel like that has helped you to prepare for a career in acting and to work with people from different walks of life?
Inouye: Yes, totally. I think having grown up in different countries and with different languages and cultures has made me really open to appreciating what makes people different but also to understand that we’re all really alike deep down.

What is a genre of acting you’d like to explore more of?
Inouye: I’d love to explore more dramatic roles that have really intense emotions, like sadness and anger. I also would really love to play a superhero role so that I can “fly!”

A lot of the series seems to revolve around relationships, friendship, and overcoming obstacles in a way that kids and adults can relate to. Did you learn anything new from playing Brandi in Amber Brown?
Inouye: I’ve always been a very social person, but playing Brandi alongside Amber has made me realize just how important it is to have a good friend who can support you through hard times. I’ve learned that it’s so important to be a good listener and be able to lighten up and make one another laugh.

You got to work with an incredible cast and build bonds with excellent actors and actresses, were you surprised by any of them behind the scenes? Did you find yourself soaking in the mentorship from your costars?
Inouye: Yes, the best thing about working on Amber Brown was the people. From the amazingly talented cast to the crew to the incredible writer/director Bonnie Hunt. I was soaking it all in. One of the things that surprised (and delighted) me was how grounded and also how fun everyone was. The adult actors were so silly and fun to be with, they were always goofing off and joking around, and at the same time, they were totally professional and ready to work.

Amber Brown has really strong female characters, which is important and refreshing to see, and I hope kids can learn from Brandi that it’s ok to be yourself.

As children and adults, feeling different can really make us feel like we’re on the outside looking in. Inouye says that she’s learned a lot in her travels and growing up about how we all have similarities too. Finding that common ground is something she hopes audiences will be able to see and then use in their own day-to-day lives.

You can watch Amber Brown streaming on Apple TV Plus now.