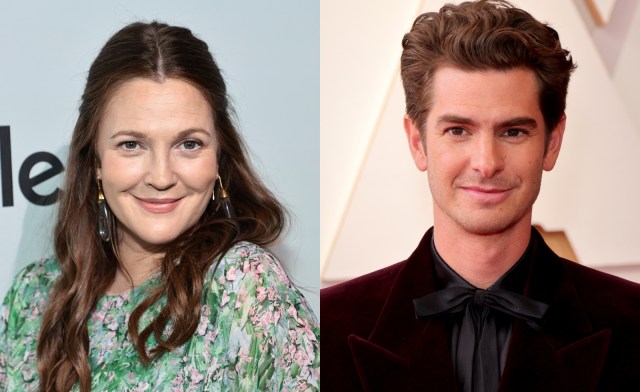 During the most recent episode of The Drew Barrymore Show, the actress appeared to have been less than impressed by Andrew Garfield‘s lackluster sex life during the making of Martin Scorcese’s Silence. When discussing the latest reveal by Garfield regarding his celibacy while playing a Portuguese Jesuit priest, Drew Barrymore immediately deemed Garfield’s method acting antics as “absolutely unimpressive.”

In the latest episode, Barrymore discussed the revelation made by Andrew Garfield in an interview on the popular podcast “WTF with Marc Maron,” in which the actor revealed to have taken on method acting in the form of abstinence, sharing that “it was very cool, man” and that he “had some pretty wild, trippy experiences from starving myself of sex and food at that time.”

On the other hand, Barrymore simply responded with disinterest. While joking with co-host Ross Matthews, the actress added “I get abstaining from sex, I mean I did that my entire 20s, right?” she said. “What’s wrong with me that six months doesn’t seem like a very long time? I was like, ‘Yeah so?'” Matthews quickly answered back, “We buried the lede there, that’s the headline, Drew can go six months, no big deal.”

Later in the interview, Barrymore cited several actors who have successfully practiced method acting, achieving strong results in their craft, including Christian Bale and Matthew McConaughey. The actress also quickly added that she fully understands when actors need to transform into a character during the filming process.

“I definitely [did], on certain projects, like when I did Grey Gardens, this film I did where I played beloved real-life woman Edie Beale, I was so nervous I didn’t really chit chat with everybody on set, I just really stayed in character.”

Regardless, fans absolutely went ballistic, loving the straightforwardness in Barrymore’s lack of interest in Garfield’s celibacy, making light of the comment, and of course, of Garfield’s abstenence.