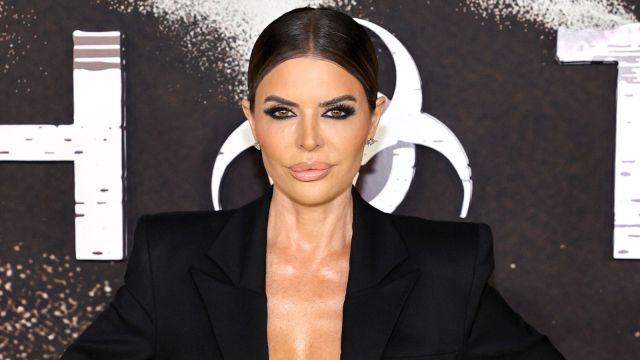 Lisa Rinna is to drama as money is to millionaires. The Real Housewives of Beverly Hills star once again landed herself in hot water after the Sept. 28 episode of season 12 left viewers with the sourest of tastes in their mouths.

The episode titled “Silence Is Golden” saw Rinna berate fellow co-star Kathy Hilton for her meltdown in Aspen, an off-camera occurrence that was teased all season long and finally came to its culmination. It’s not Kathy that fans are upset with, though; it’s Rinna. Many have cited Rinna’s previous dramas as grounds for hypocrisy, and are returning to her most famous beef of all, with RHOBH alum Denise Richards.

An ominous air hung over the majority of the “Silence Is Golden” episode. As the episode unfolded, Rinna slowly explained to her fellow housewives what happened the previous evening with Kathy, and why she was so concerned. It was only in her private confessional, however, that Rinna laid out all the details, like how Kathy called Sutton Stracke and Crystal Minkoff “pieces of sh**” who “should be fired.”

What she said about Dorit was that she is a stupid useless idiot. [It was a] barrage of, ‘I can’t f***ing believe I have to be around you f***ing peons. I don’t like them. Why do I have to be with them? They need to go away. They’re idiots. I have to do everything around here. This is my show by the way. I have big deals over at NBC. Everyone is protecting me and I will f***ing ruin Kyle.’

She takes her glasses off, she throws them on the ground, she’s jumping up and down, breaking her glasses. She’s pounding the walls and she’s screaming [that] she made Kyle, Kathy’s responsible for Kyle…And she said, ‘I will destroy Kyle and her family if it’s the last thing I ever do.’

Kathy was given the opportunity to apologize in a one-on-one conversation with Rinna and Kyle, and her discomfort was palpable as she addressed her transgressions.

I apologized to Kyle that I said some very unkind things. And I feel bad that I unleashed on you. [I] said things I shouldn’t have said, and I am so sorry.

Where fans have taken issue with Rinna is her inability to accept Kathy’s apology. Rinna called her behavior a “psychotic break,” said she was “out of control,” and even said she had a “black heart.” Kathy eventually stormed off in frustration.

It’s long been rumored that Rinna’s time on RHOBH is at an end, as she not only skipped BravoCon but deleted everything Housewives-related from her Instagram. Fans have accused her of milking drama just to remain on the show, something they claim she’s been doing for years, earning her the label of being a bully.

Given the high production value surrounding the supposed “Aspen-gate” meant to carry season 12 into its finale, the overall assumption was that Kathy Hilton would say or do something permanently detrimental to her reputation. What ended up happening, however, was fans rallying behind their disdain for Rinna and demanding her departure from the show, while simultaneously laughing at her gall.

In the past, Rinna’s behavior toward Denise Richards was one of the main reasons Denise left the show. The supposed affair between Denise and Brandi Glanville in season 10 was milked to such an extent that Rinna’s reaction to it overtook the story, thus becoming the story. If history repeats itself with Kathy Hilton, whose supposed meltdown has been propelled and fed by Rinna’s reaction to it, then another housewife could be on their way out the door. Only time will tell whether that’ll be Kathy or Rinna.

Either way, the drama will be addressed at The Real Housewives of Beverly Hills season 12 reunion, which was so intense that the housewives did not take a cast photo at the end of it, according to E! News. “That was a first,” said Andy. “And I didn’t even kind of push it. I think when you see…you will see why.”

The reunion will undoubtedly touch on Rinna’s comments to and about Kathy, but it will also address the fallout that occurred between Kathy and Kyle as a result of Kathy’s supposed meltdown. As of this writing, Bravo hasn’t released an official date for the reunion, but We Got This Covered will update you as soon as the news is announced.