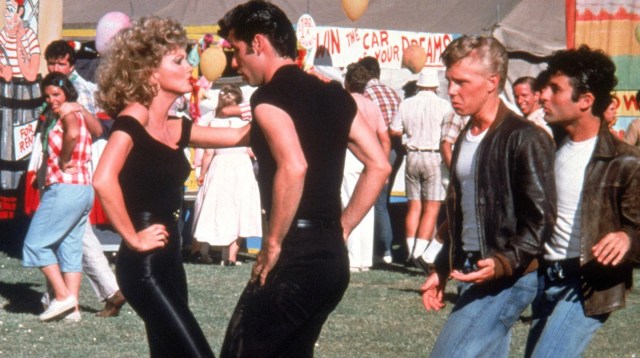 Just days after the passing of iconic pop queen Olivia-Newton John, her best-known movie has shot to the top of the streaming charts as nostalgic fans revisit Grease to say goodbye to its beloved female lead.

The actor/singer, who was diagnosed with breast cancer in May of 2017, passed away on Monday. Only days later, Grease, the movie that made the already famous singer an international star, reached number three and six on Amazon and iTunes downloads and 10 and 13 on Paramount Plus and Amazon Prime streams, according to the current ratings on FlixPatrol.

Newton-John had a handful of pop and country hits in her native Australia, the UK, and the US before accepting the role of Sandy in the film (taking a pay cut after the star of the moment, Marie Osmond, declined the role). The film was a smash hit, topping the 1978 box office. The film’s soundtrack was an even greater phenomenon, going on to become one of the best-selling albums of all time. “Hopelessly Devoted to You,” a song written specifically for her that did not appear in the original Broadway musical, went to number three on the US Billboard Hot 100 chart, number two in Australia, and received a Grammy nomination for Best Original Song.

The movie emboldened the singer to change her career image, and she went on to record several aggressive rock-oriented albums, including her most successful studio album LP, Physical. While she would also pursue her acting career in several films, including the widely panned but beloved cult classic Xanadu, her biggest role and greatest movie success remained Grease.

Grease is available for streaming with a Paramount Plus subscription. It can also be purchased for viewing from Amazon Prime, iTunes, and other retailers.