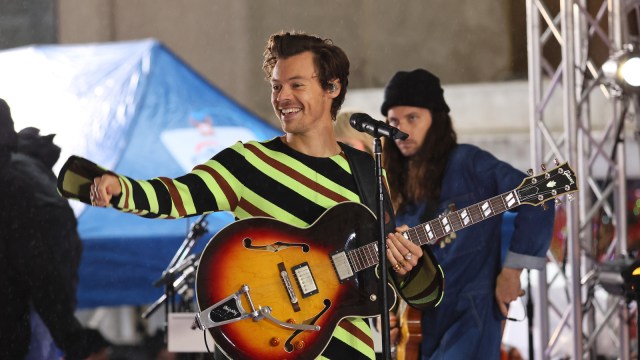 For the moment, Harry Styles is a renaissance man with a career in music and film. He recently joined the Marvel Cinematic Universe, but the 28-year-old is swatting aside the notion he will be jumping into the other major Disney franchise world.

In a piece published today by Rolling Stone, Styles talks about a number of aspects of his career to date. He says he has seen more interesting crowd energy as a solo artist he never thought he would experience after his time in One Direction, has been going to therapy more regularly in recent years, and, in response to claims of a future Star Wars project, the singer shot them down quickly.

“That’s the first I’ve heard of that. I’d imagine… false.”

Other highlights of the article include him admitting he was anxious to work alongside figures like Chris Pine and Florence Pugh in the upcoming Don’t Worry Darling. The film with a vibe reminiscent of The Prisoner comes out next month, and Styles says the lack of immediacy he has experienced in music on the set left him wondering at times whether he was even doing a good job at all.

“In music, there’s an immediate response to what you do. You finish a song and people clap. When you’re filming and they say ‘cut,’ there’s part of you that expects everyone to start clapping, [but] they don’t … you’re like, ‘oh, shit, was it that bad?’”

Whatever happens next, Styles has come a long way since his earliest work on The X-Factor in 2010. Aside from Don’t Worry Darling, he also has a starring role in the upcoming My Policeman, in which he plays a gay character in 1950s era of England. At this time, homosexuality was illegal, and so his character’s relationship with another man is carried out in secret from his wife.