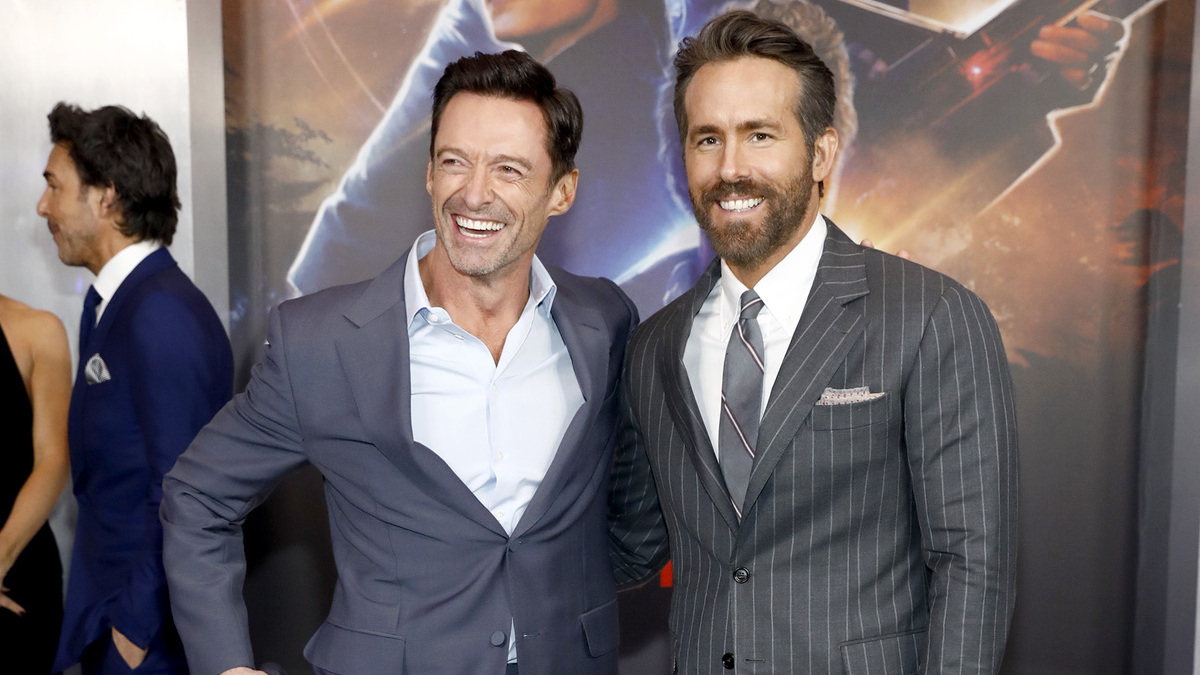 Hugh Jackman and Ryan Reynolds‘ Twitter feud is one of the few reasons to stick around the social media site right now and fans of both are about to finally see them team up on screen in Marvel’s upcoming Deadpool 3. The Australian and Canadian Hollywood heavyweights are pretty much joined at the hip at this point, then, and if you want more evidence, look no further than Jackman’s latest Instagram post.

The 54-year-old X-Men star shared some snaps from behind the scenes of The Music Man to remind us that he’s only got 17 more days until he concludes his smash-hit run on the Broadway classic. And it just so happens that the pics showcases a hilarious, and very on-brand, gift from Reynolds. Situated behind a stylish-looking Jackman is a framed portrait of a dancing Reynolds that comes with a signed note.

“Hugh, good luck with your little show,” the message reads. “I’ll be watching.”

Marvel’s two most beloved mutants (sorry, Cyclops) have been pretty busy this week, what with Jackman reacting to Reynolds breaking into his house on Christmas and the pair coming together to remember Stan Lee on what would’ve been his 100th birthday. Plus, Jackman has offered a tantalizing update about what we can expect from the MCU’s most-anticipated bromance in the Shawn Levy-directed threequel once it at last releases in fall 2024.

Yes, Deadpool 3 is unfortunately still a ways away, what with filming not kicking off until late 2023, but at least Hugh Jackman and Ryan Reynolds are keeping us entertained online in the meantime.