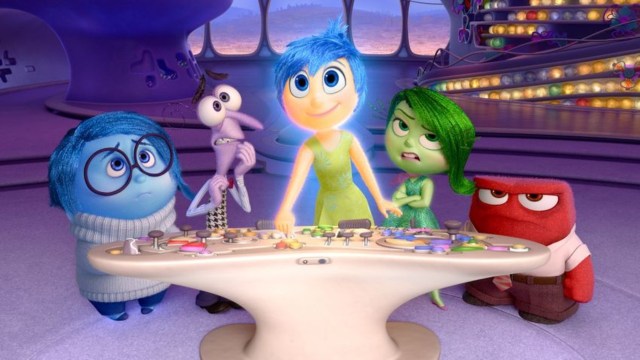 A sequel to the successful Disney Pixar film Inside Out was officially announced at D23. At the event which saw panels, announcements, and teasers galore, chief creative officer at Pixar was just wrapping up the Pixar segment when Amy Poehler walked on stage to reveal the surprise sequel Inside Out 2.

The sequel is still in the early stages of production, but the animation studio informed us that Poehler will be returning as the emotion, Joy, and that Kelsey Mann is on board to direct.

The sequel is set to follow Riley as she enters her teenage years. The setup for this sequel was there at the end of the last film, with Joy finally feeling like she had things back under control a new console is brought in with the addition of the “puberty button” leaving Joy and her fellow emotions wondering whether or not they should press it. Well, they did. Obviously.

Speaking to People about the next step for the characters, Poehler said, “We’re going to have what it feels like to be a teenager, the new emotions that live inside a young person’s brain. In many ways, it was really exciting. We knew exactly where we were. We go to the teen brain and we see the madness that lives inside there.”

Teenage years are difficult, and that’s for numerous reasons including our changing bodies and brain chemistry. Looking back on her own teen years, Poehler said she was often “feeling frustrated” or “like you’re very in between.” She remembers the pressures of being a teenager,

The first film was praised for its handling of mental health in young children, exploring these themes through the use of emotions personified in Joy (Poehler), Sadness (Phyllis Smith), Anger (Lewis Black), Disgust (Mindy Kaling), and Fear (Bill Hader), and it went on to win an Academy Award for Best Animated Feature. Poehler, a mother to a 12 and 13-year-old herself, has said that the next film will go “deeper” stating that “a lot has happened since the first film in terms of the emotional intelligence and how we think about mental health and how our emotions can affect us physically, and what’s really going on inside our head.”

Alongside Poehler and Mann is Meg LeFauve, who co-wrote Inside Out with Doctor and Josh Cooley, and is back to write the script for Inside Out 2. It is still uncertain who exactly from the cast will be returning, as it has been reported that Kaling and Hader will not reprise their roles. We may also see the addition of some new emotions beyond the core five we already met.

The film has recently been given a release date and will hit theatres on June 14, 2024.