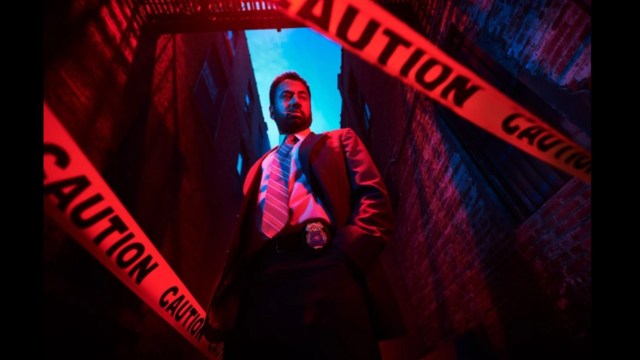 American Horror Story: New York is welcoming guests to a new season of terror on Oct. 19, and the series has officially introduced anxious viewers to the character lineup over a series of Tweets. Season 11 is already shaping up to be quite spook-tabular… and a little bit criminal?

Each season of AHS is a fear-inducing journey through a terrifying storyline that dares to creep into the deepest recesses of our memory, hiding there to reappear and profoundly frighten us when we least expect it. Also unexpected: several of the posters for AHS New York, particularly of the gentlemen, have a certain Law and Order-ly vibe. Or maybe we’ve just got Chris Meloni on the brain. In any case, surely somebody will either commit or investigate something especially heinous; and Kal Penn’s dressed for it. Hel-lo, officer!

A new video on Twitter today teased a bit of the series and promises fans that it’ll be an experience like no other for fans of the horrifying, spine-tingling, and unsettling show. Ryan Murphy sure knows how to make an impact.

While a lot is being left to the imagination for the synopsis and storyline, the logline so far reads as follows: