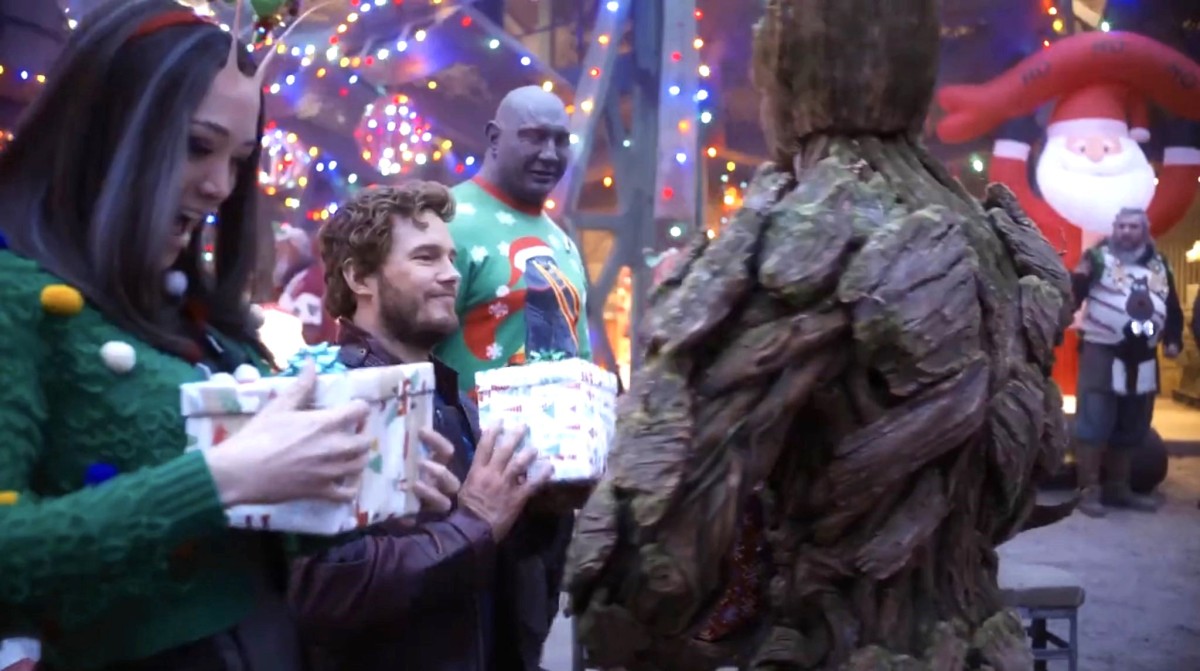 MCU fans are curious about the striking transformation of a beloved character in The Guardians of the Galaxy Holiday Special.

Jetblacjetblac tweeted that they enjoyed the holiday special, but had questions about the increasing size of Groot’s (Vin Diesel) body in proportion to his head, and whether or not the size of the new Groot was to differentiate him from the old one.

The question of new Groot’s growth spurt proved to be one that writer/director James Gunn personally answered, tweeting the response,”Well, YA Groot, or Swoll Groot, as we call him, is getting bigger, outward as well as upward. As you can see by now he has a different, stockier physiology (and a more outgoing personality) than his father did,” alongside the hashtag #GuardiansoftheGalaxyHolidaySpecial

More questions about Groot’s new appearance ensued. Buck25425 wondered if motion capture techniques generated the latest iteration of the character. Gunn explained that CGI software created the buff sentient tree and nothing else.

Fans like Vargasm sarcastically took issue with the fact that Groot is an entirely CGI character, and criticized Gunn for not providing an opportunity for an actor to portray the physical aspects of the role.

However, other fans like Fabio_JRogue were impressed with the CGI version of Groot and praised the filmmaker for providing sufficient time for the animators to produce outstanding results.

Tg_Nash215 was grateful that Gunn took the time to fill them in on the story of Groot’s new appearance. The backstory provided by the writer/director provided some much-needed clarity and they were immensely pleased with the new look.

Gunn previously explained that he used the holiday special as an opportunity to present fans with some of the new elements that will feature in the highly anticipated Guardians of the Galaxy, Vol. 3. which will premiere in May of next year.