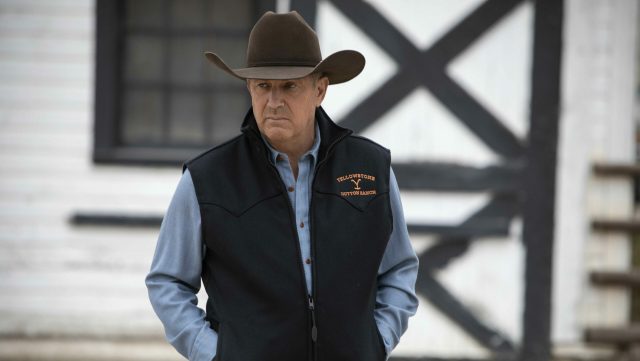 Yellowstone kicked off its fifth season premiere with an epic two-hour television event highlighting the changes in the Dutton family. With John swearing in as Governor of Montana, there’s never been as much pressure on the man or the family that supports him; well, almost all of his family supports him.

A thrilling new look at season five promises that the target on John’s back is only getting bigger, and his enemies are getting closer to him than ever before. The preview isn’t just a look into a new episode; it’s a look at the season as a whole, and things are going to get more intense than ever.

John Dutton says the world is run by cowards now, and the montage that follows shows just how cowardly those around them are. With John in a more significant position of power, it seems like everyone hopes to take him down, they’re hoping to strike while he’s so distracted that he can’t fight back.

Fans knew Sarah Atwood would be a problem from the moment we saw her, and our instincts were correct. It looks like she will do the exact thing fans feared: attempt to draw Jamie away from the family again. The only bright side to that is we all had a front-row seat to the fiasco that happened last time someone attempted to draw Jamie away from the Duttons for good; sorry to be graphic here — but he shot him in the head.

Now, Atwood is undoubtedly a looker, and she is already ready to sweet talk Jamie out of his clothes (and his family unit) and into her web, and the stakes are higher this time around. We’ve also lost any hope that Jamie still holds Beth in any high regard, in fact, Wes Bentley says he hates his sister now, and there’s no hope for redemption in their story.

The ties that bind are growing less secure by the minute for Jamie and the Dutton family.

Speaking of tension, we’re reminded that the first Duttons who stepped on their land fought like it was the thing they were placed on this earth to do. John considers that idea a freeing thought. Beth, who agrees with his way of thinking, reminds Jamie that the war between them isn’t over.

Mo and Rainwater are thinking about a fight, too, especially as Angela Blue Thunder threatens Rainwater himself in the trailer. We have to give it to her, she’s full of confidence, but it’s most certainly displaced. She’s not sure who she’s messing with, either. Rainwater might seem like a man who wants to avoid an argument, but he’s not going to let someone step in and take away everything he’s worked for, everything he and Mo have overcome.

Rainwater already has a lot on his agenda, including dealing with the man himself: John Dutton. They came together to fight a more significant evil, but it looks like all gloves are off as far as their relationship is concerned.

It’s not all stress and heartache; we get some fun bar scenes before a fight breaks out, but it looks more like a drunken brawl than a fight for survival, so we’ll take it. Speaking of a fight, John tells Rip that it’s time to show them (the world) who they are, and it’s more evident than ever that he means business. The Duttons aren’t in the business of playing nice, and it looks like things will get downright dirty this season.

If you need to catch up with anything you’ve missed, you can watch the first four seasons of Yellowstone streaming on Peacock. Don’t forget to cancel your Sunday night plans because new episodes air on Paramount.