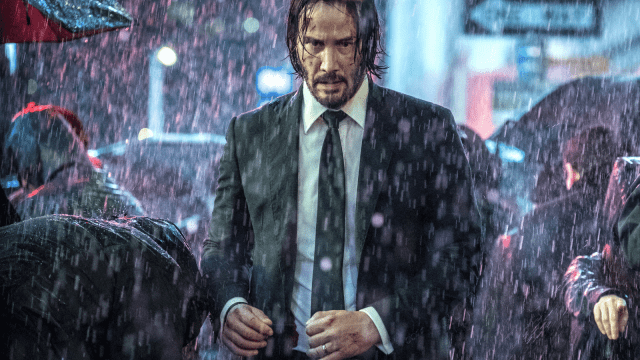 Action fanatics everywhere had to pick up their jaws off the floor when the trailer for John Wick 4 came out Thursday, not only for the usual action-packed scenes, but for the movie’s amazing-looking cinematography.

One Twitter user was absolutely gushing about the “breathtaking” and gorgeously lit scenes we saw in the trailer as shot by cinematographer Dan Lausten.

Only the pinched fingers emoji could summarize one fan’s thoughts about the gorgeous number of shots seen in the trailer.

Another Twitter user called the shot composition the absolute “highlight” of the trailer.

Another commentator could only describe the trailer as containing “gorgeous visuals.”

Another Twitter user compared one shot seen in the trailer to an iconic scene in Indiana Jones and The Last Crusade.

People already had their cinema memes locked and loaded to pre-emptively heap praise on the film.

Other John Wick stans imagined their looks on opening night.

Another Twitter user could only imagine John Wick 4‘s impossibly high Rotten Tomatoes scores once it comes out.

The John Wick franchise has arguably revitalized not only Keanu Reeves’ career, but action movies in general. Part of that is because stunt professional-turned-filmmaker Chad Stahelski has taken the helm behind the camera in the series, including directing John Wick 4. Gone are the Bourne Identity clones in cinemas utilizing claustrophobic shakey-cams and quick-edits, but rather, every action movie today seems to be trying to emulate the more smoothly presented, intricately choreographed, action scenes of the John Wick franchise.